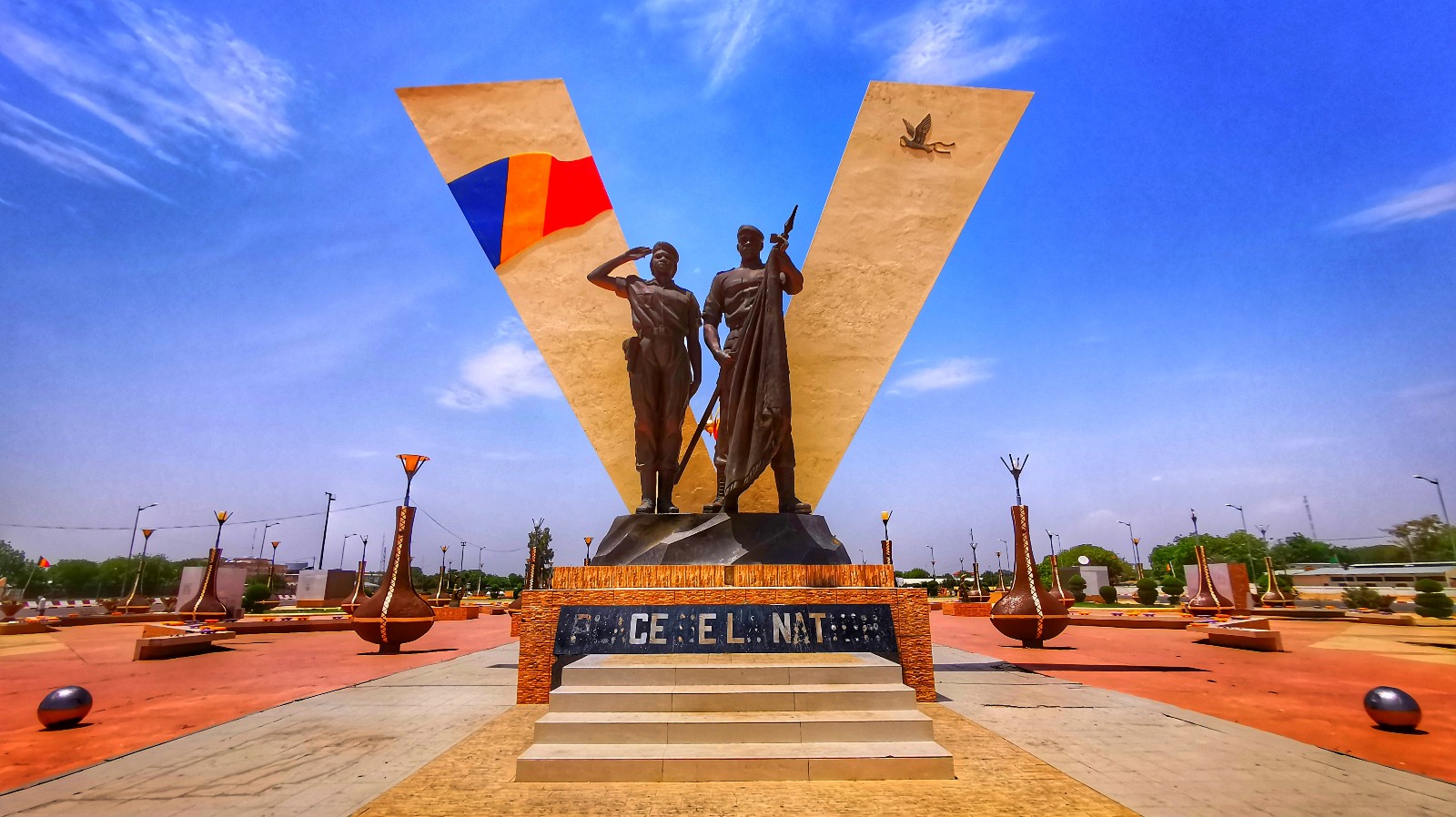 It was a night I will always remember… I arrived in a heavily guarded airport, where the plane was escorted to the front of the airport by military guards armed with Kalashnikovs. It was an evening of the hottest month of the year in N’Djamena, Capital of Chad, a landlocked country in the very heart of Africa. 41 degrees at nighttime, with pretty much 0% of humidity, and absolutely no breeze… I’ve travelled extensively in Africa but rarely have I been hit in the face with such heat! Simply hard to breath… But still, I was extremely excited to arrive once more in a new country on this beautiful continent that I hadn’t been before. And to make it even more special, I was celebrating my 50th country in Africa which counts a total of 54! So here I am in N’Djamena to learn more about Chad, its history, its culture, in the middle of the Saharan desert!

This is actually the first new country I come to in a year and a half, since I was in Angola back in November 2019. Sounds pretty sedentary for a world traveler but I have actually visited over 60 countries in the past year and a half, just none of them were new ones. At this point in my globetrotting adventures, it is becoming increasingly difficult to reach new horizons as there are only 7 countries left and all of the remaining are, or at war, or very closed to travelers… Chad wasn’t the easiest one, but neither is it at war. Its just kind of hard to get the Visa as it isn’t a very touristy destination, and it’s hard to justify a reason to go there to the embassy… Chad is part of these countries that are focusing mainly on business and don’t really care much about offering “things to see” for the visitor, other than a few basic infrastructures for the few expats that live there. 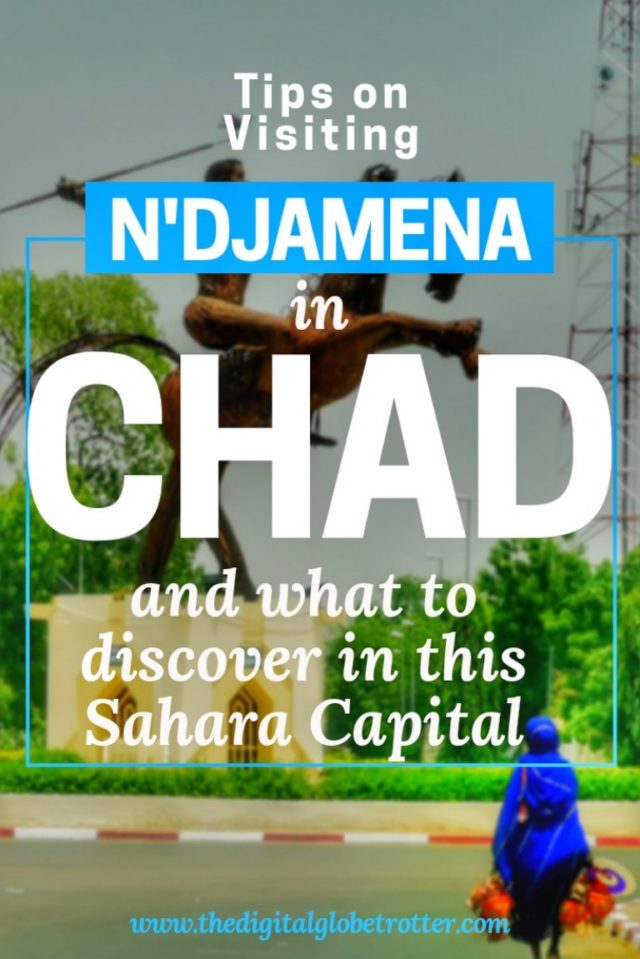 Most of the expats in Chad are here to get a piece of the cake of its rich natural resources, mainly oil, Gold and Uranium. Of course, being an ex-French Colony, there is a big French community that is visible in the cafes around town, and their influence is strongly felt with the choice of food available, with amazing croissant and baguettes at a very high price. But anybody that has travelled to Africa knows how much the Chinese are omnipresent everywhere and Chad is no Exception. Half of the passengers on my plane were Chinese workers. My hotel “Chez Wou” was a Chinese owned hotel and most guests were Chinese. I was told by locals that they are heavily invested in Chad as I could attest for myself. This is a pattern that I have constantly seen throughout my several trips around the continent. The Chinese are here to stay and have gained a massive edge over the west in their influence over here. 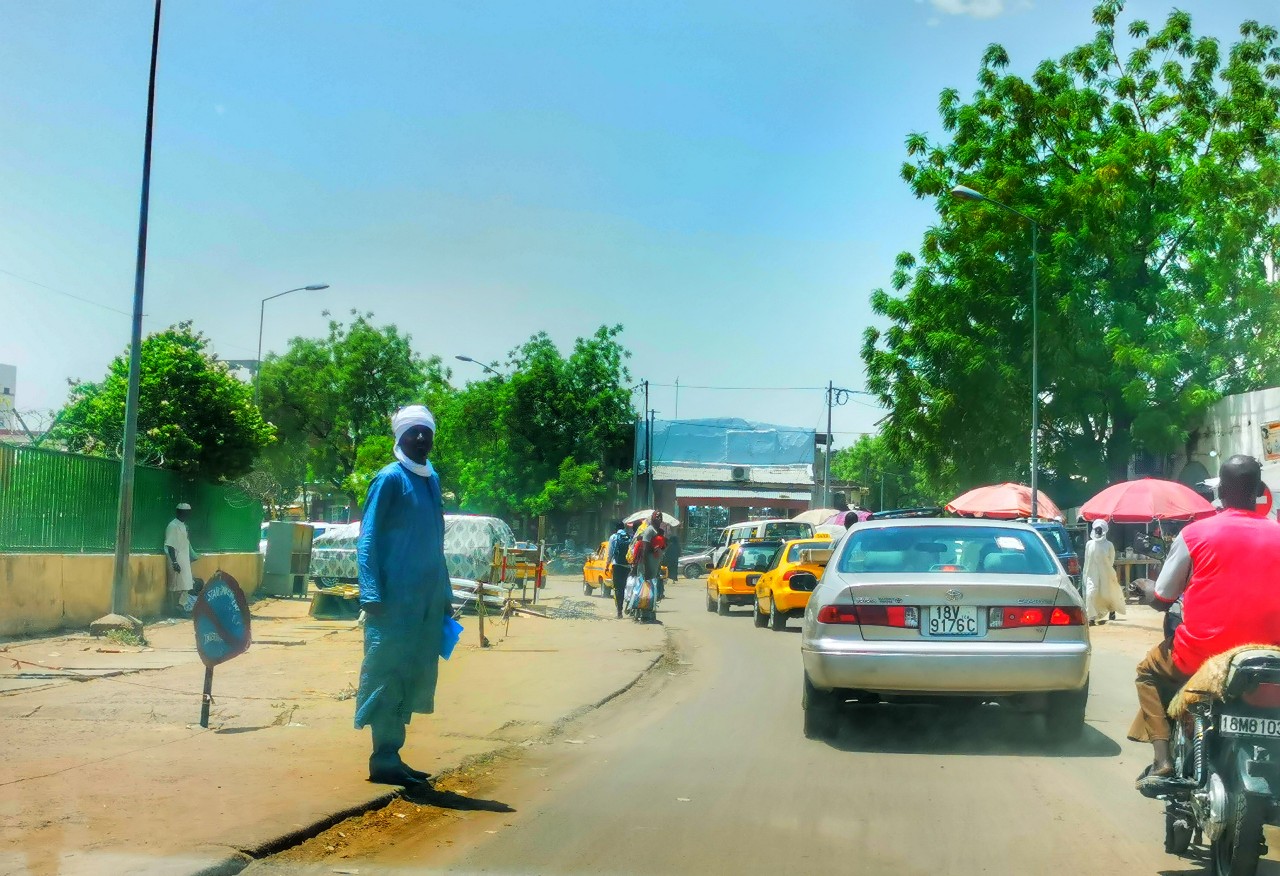 My experience in Chad

I had the chance to meet two Chadians while I was there. Adra, which I had met through a travelling community, and his cousin. In countries like chad where there is a heavy military presence and tourists are rare, I learnt through the years (and learning it myself by getting in trouble in other nations) that it is always a good idea to have a local to show you around. Adra, which is also a well-travelled man, probably the most travelled Chadian ever with his more than 40 countries visited, was very helpful in showing me around and explaining to me a bit more about the culture.

I didn’t have too much time to spend in Chad, as it is not the most welcoming country for tourists like me. It is still considered suspicious and dangerous for a foreigner to get out of the Capital without a decent reason. It is also not a safe time to go out too much, as some terrorist groups such as Boko Haram are present in northern Nigeria and Cameroon. Actually, the border with Cameroon was literally just a few meters from my hotel, across the Chari River. Other issues in the region such as the Darfour crisis has brought many Sudanese migrants around the countryside, as well as the Libian Problems that are happening as I write this article. Seems like every neighbor of chad is having heavy problems at the moment.

In a Cafe with Chadian Friends

Then there is the fact that there is the UN in town, as well as all the NGO’s and foreign workers that are battling to get a hotel room, which all contributes to the incredible expensive rates quoted per night to get a decent place to rest. This all adds up to the reason to why I decided not to explore further than the Capital, even though there is so much to see around the country, which I will not be able to do this time around.

A Town on the edge of the Sahara

As stated previously, it was 41 degrees at night, and already 45 degrees at 11 am on the following day! I’ve been through several places with even higher temperatures than this, but this time it felt a little different. With just about 0% humidity, the air felt so dry that it was hard to breathe! It felt like when you open the oven and the flow of hot air comes out in a blow, which restricts you from breathing! In fact, it felt hard to breath, adding to this the constant dust in the air of the Saharan desert. I kept thinking, this is what people out here have been living with every day of their life, and don’t know anything else, except for the few days of rain that reaches them every year. 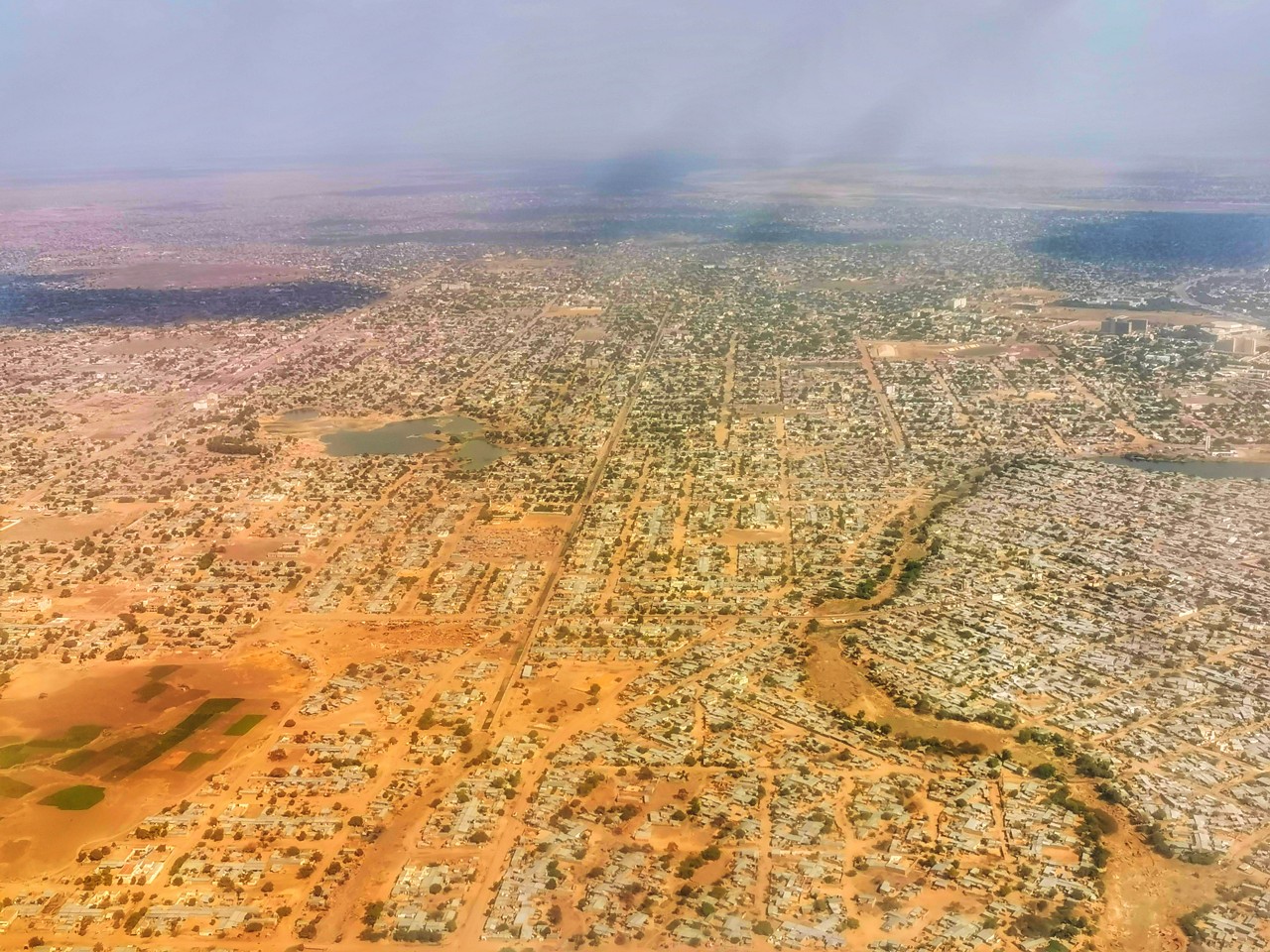 N’Djamena is the Capital and largest city of the country. It actually feels pretty small for a city that has a population of just over one million inhabitants! There is not much to see around town, and the areas of interest can be counted on one hand. The main street is called the Avenue Charles de Gaules, which is one of the few streets that feels like it is cared for, the rest of town being dirt roads or pot-holed streets. The main place of interest is the Place de la Nation (showcased on the main picture of this article) a square built for the 50th anniversary of the independence of Chad from France. That was only 9 years ago, and it is already pretty damaged. In fact, the sign of “place de la nation” has had most of its letters stolen and can now be read “CE El NAT” as you can see by yourself on the main picture.

Chad is a majority Muslim country and without a doubt, the most emblematic structure of the capital is the Grande Mosqué (Grande Mosquée Roi Fayçal de N’Djaména). It is centrally located in N’Djamena and occupies a massive piece of land near the Grand Marché.

The Grand Marché is where most things are sold in town and is very active during the day. It makes a great place to stroll around and enjoy daily Chadian lifestyle. IT also makes a good opportunity to see the local culture of how Chadians live in society. 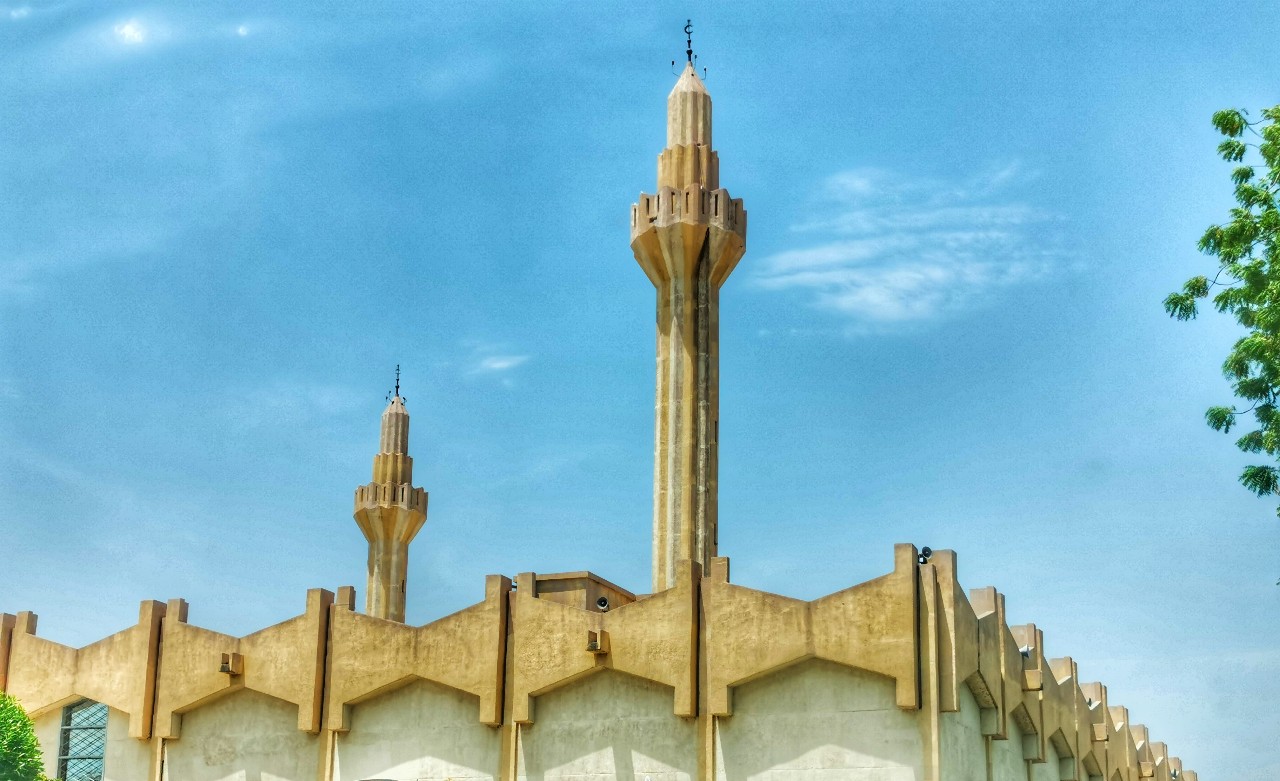 La Grande Mosqué in the center of Town

Top Things to do in N’Djamena 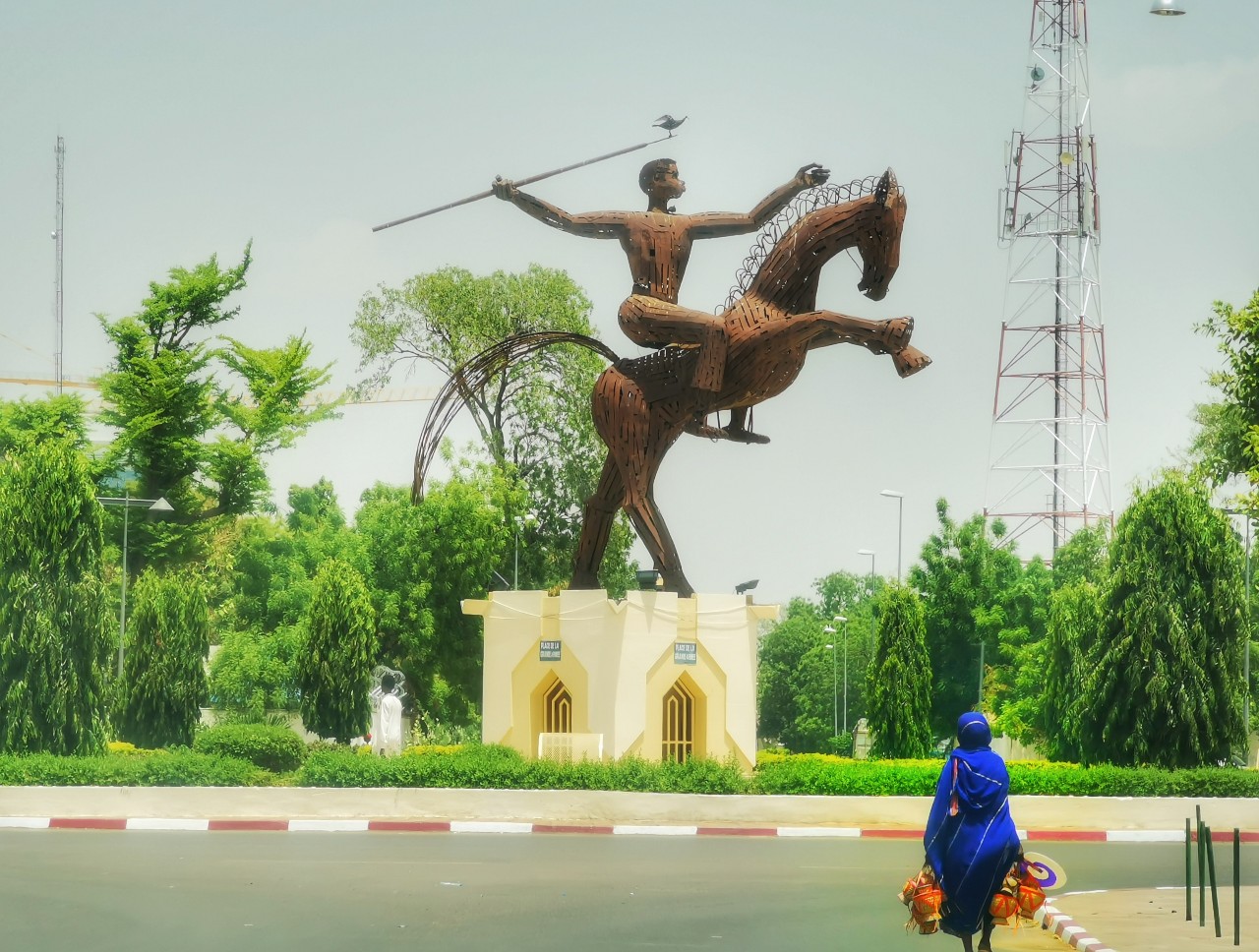 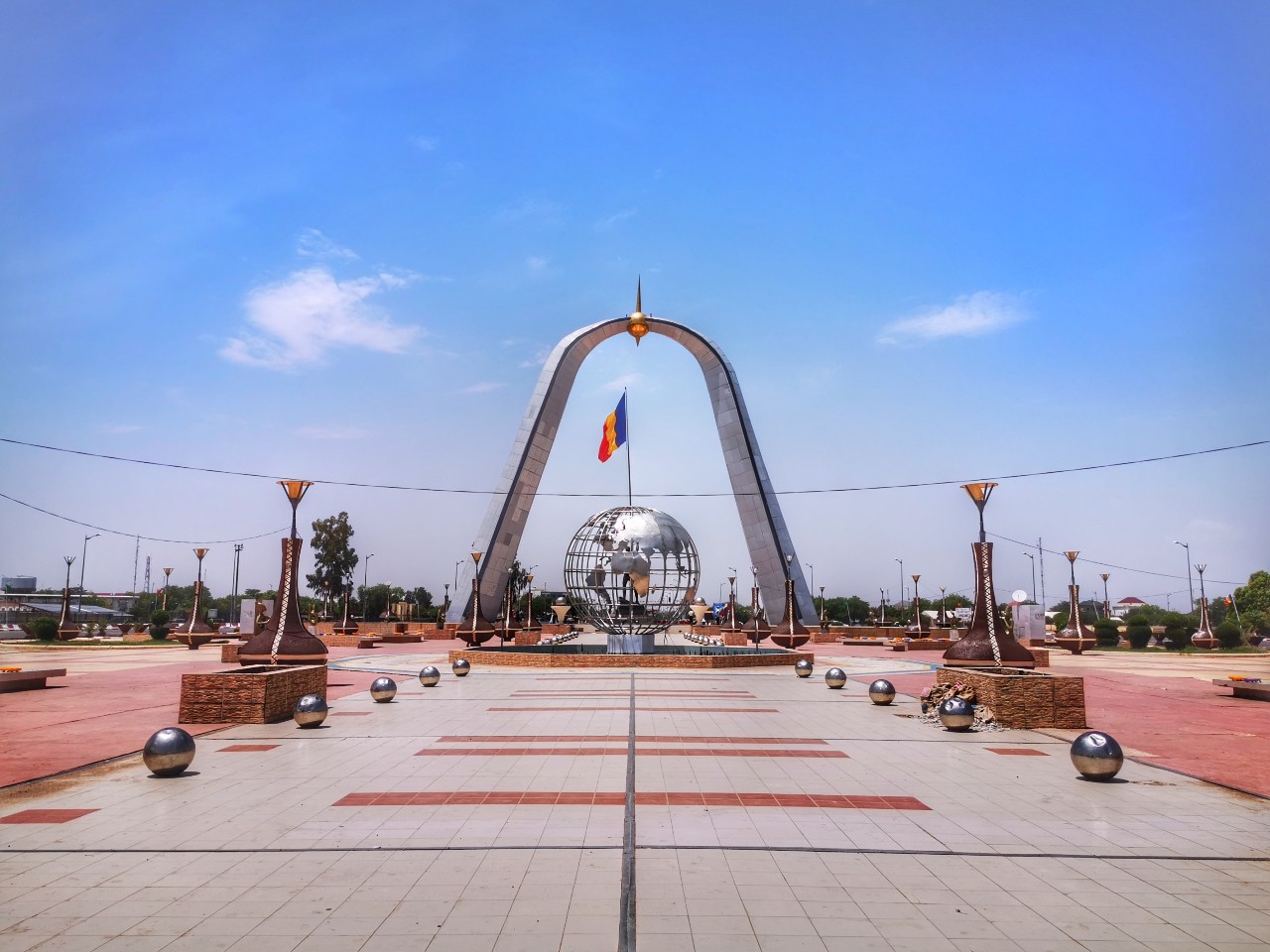 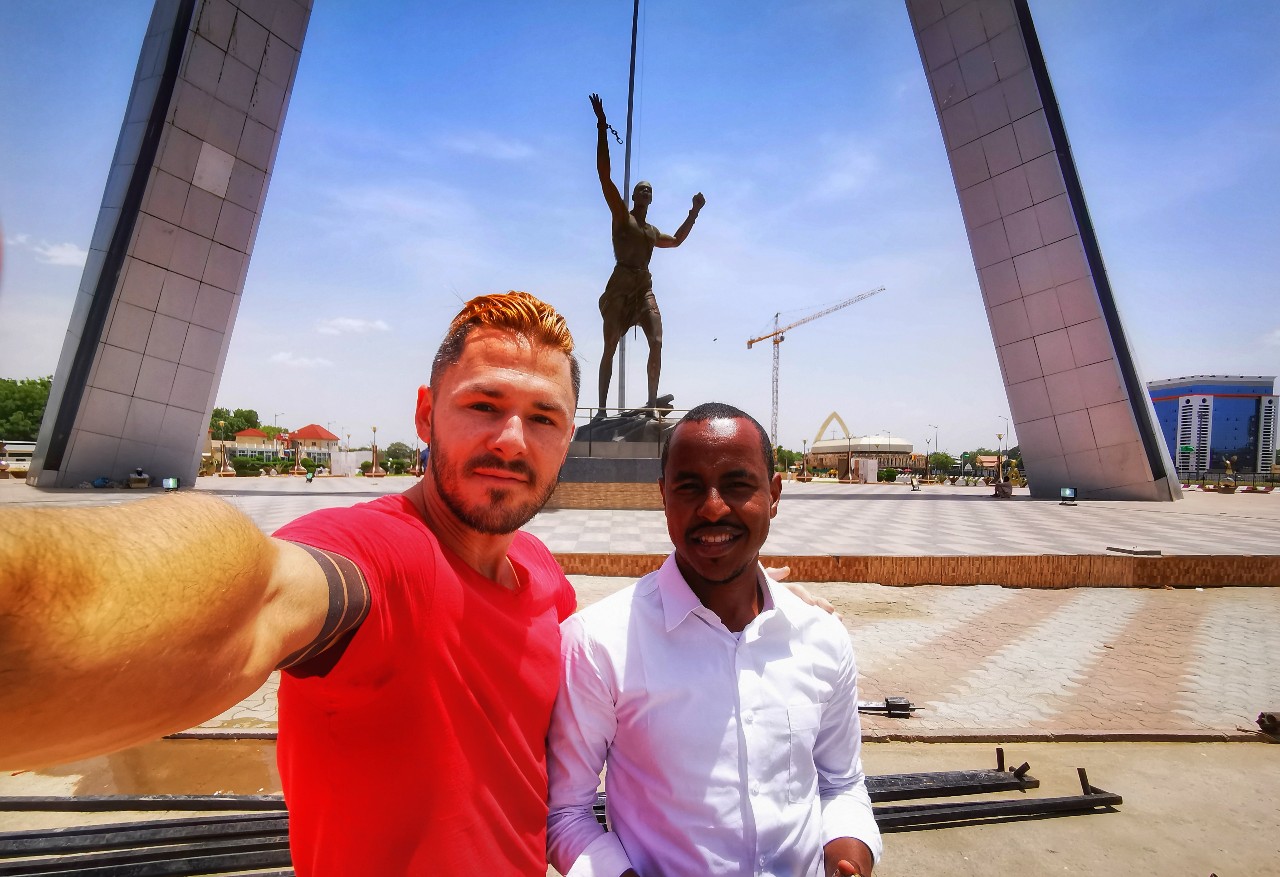 Me and Adra at PLace de la Nation 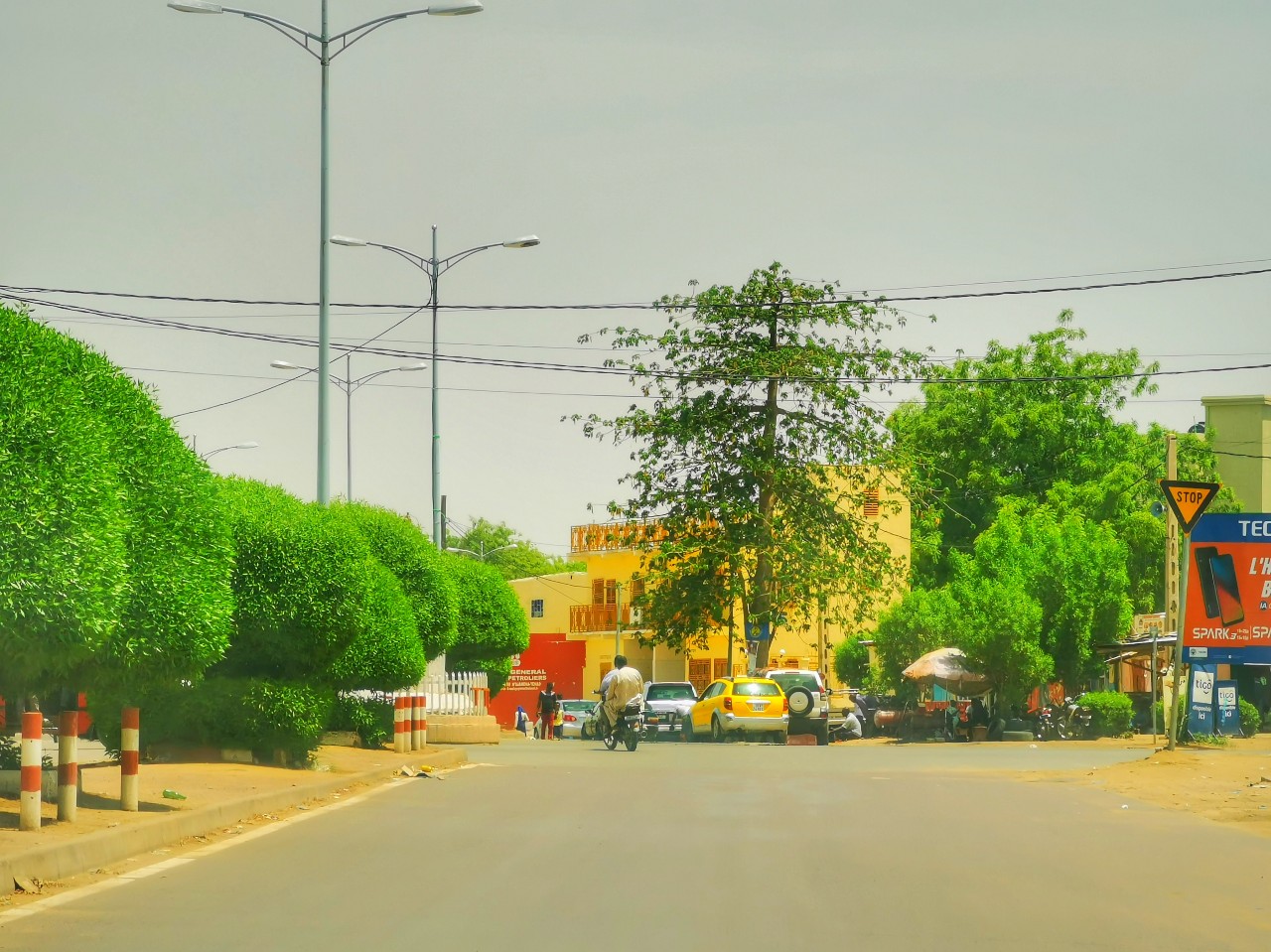 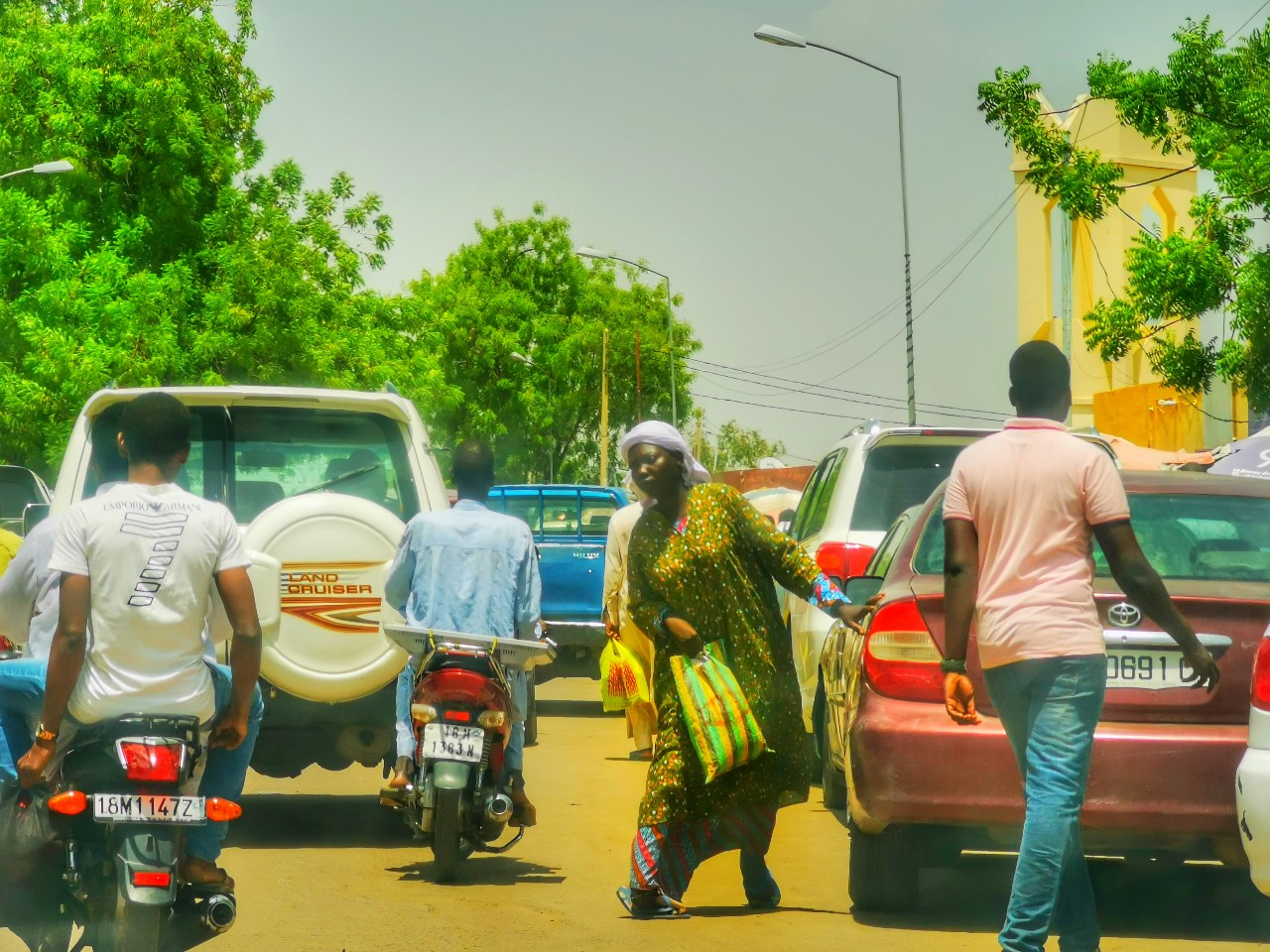 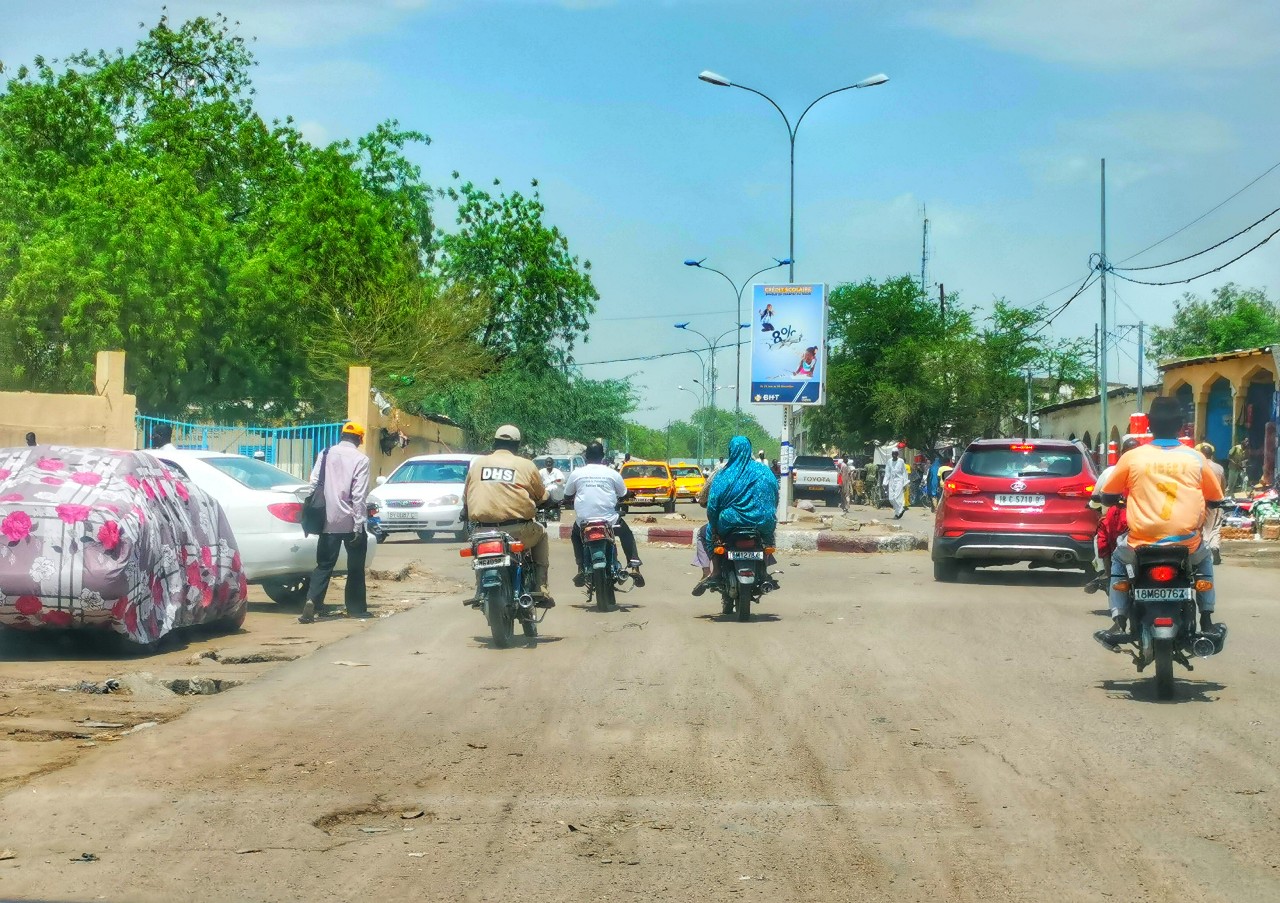 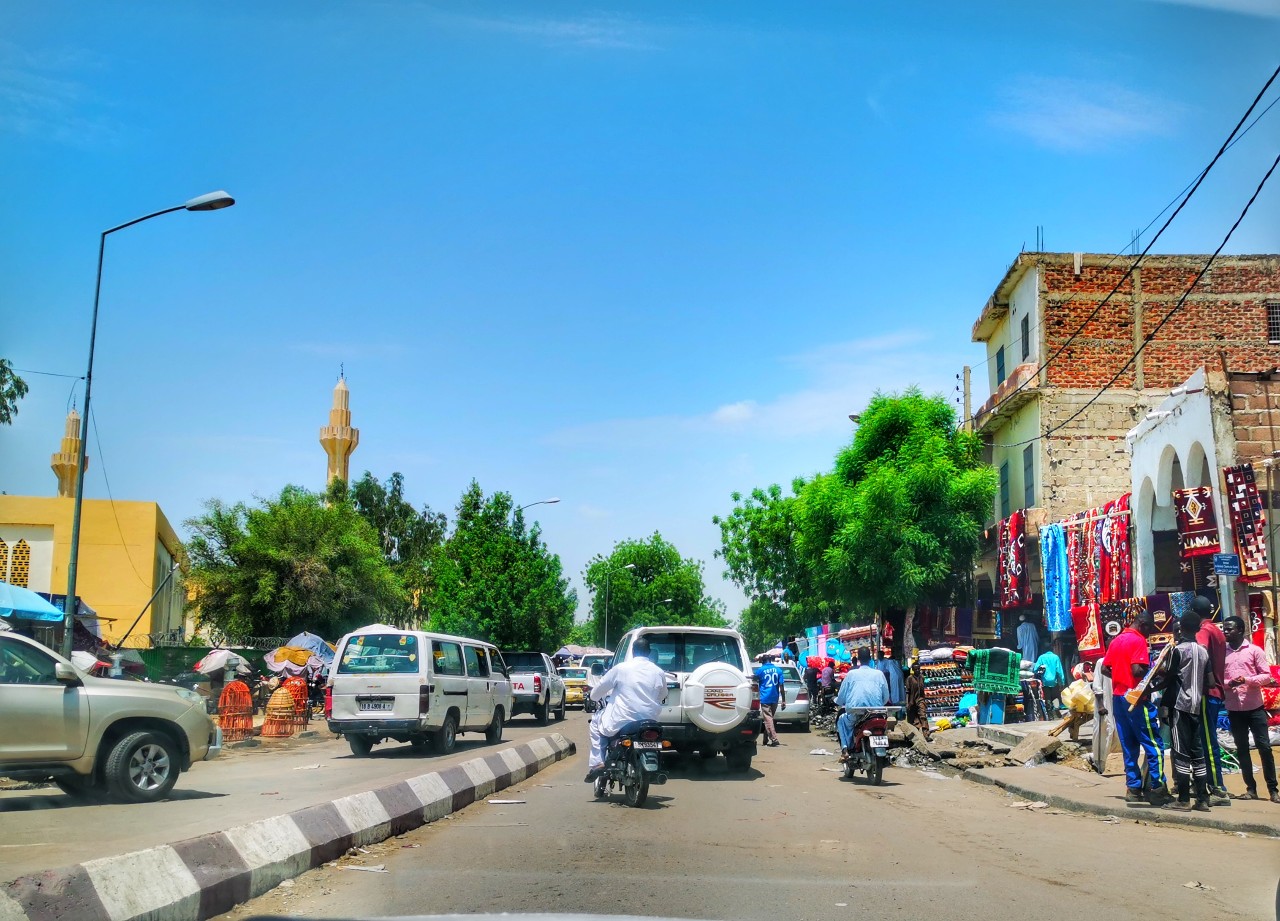 The Grande Mosque appearing in the background 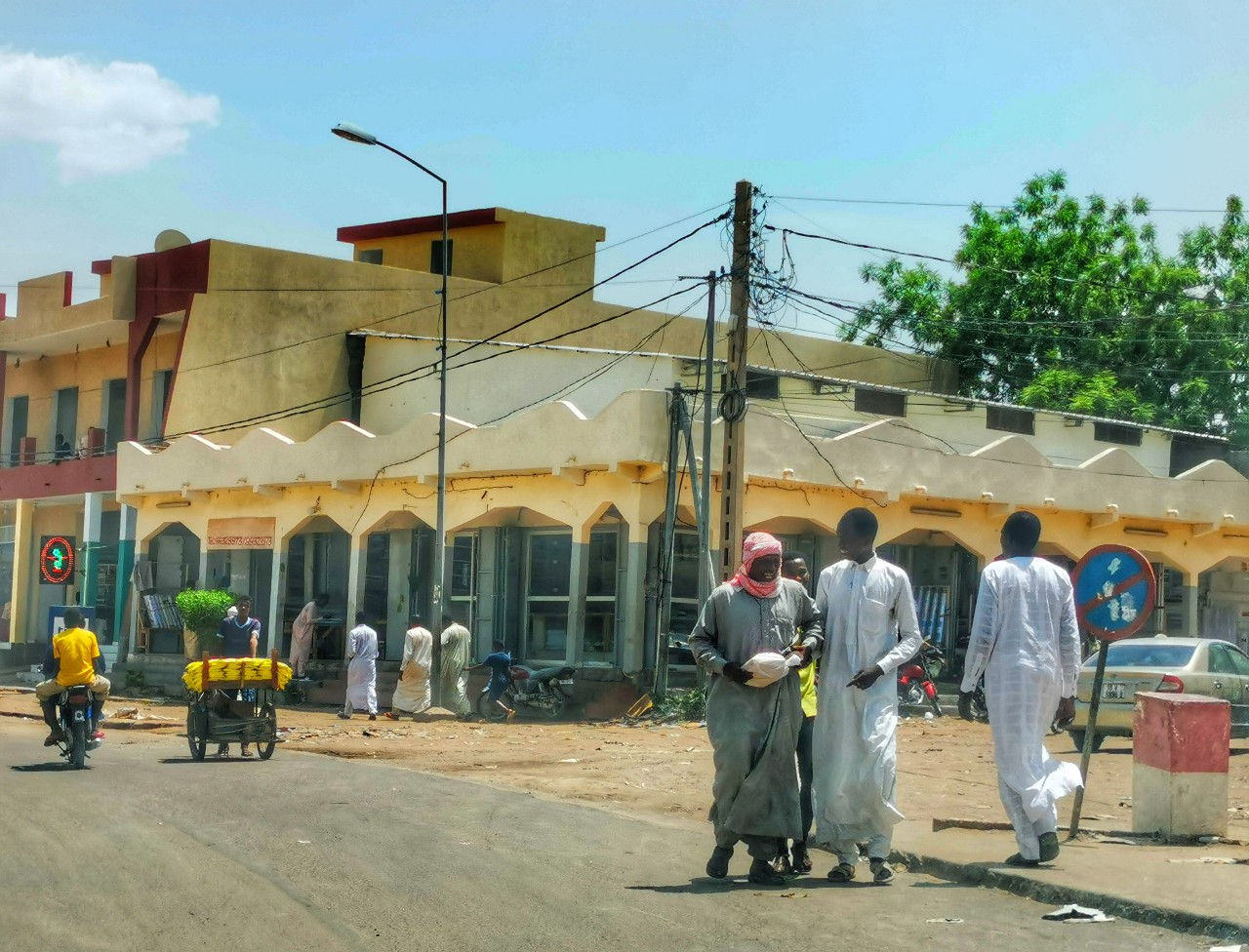 Locals at the Grand Marché 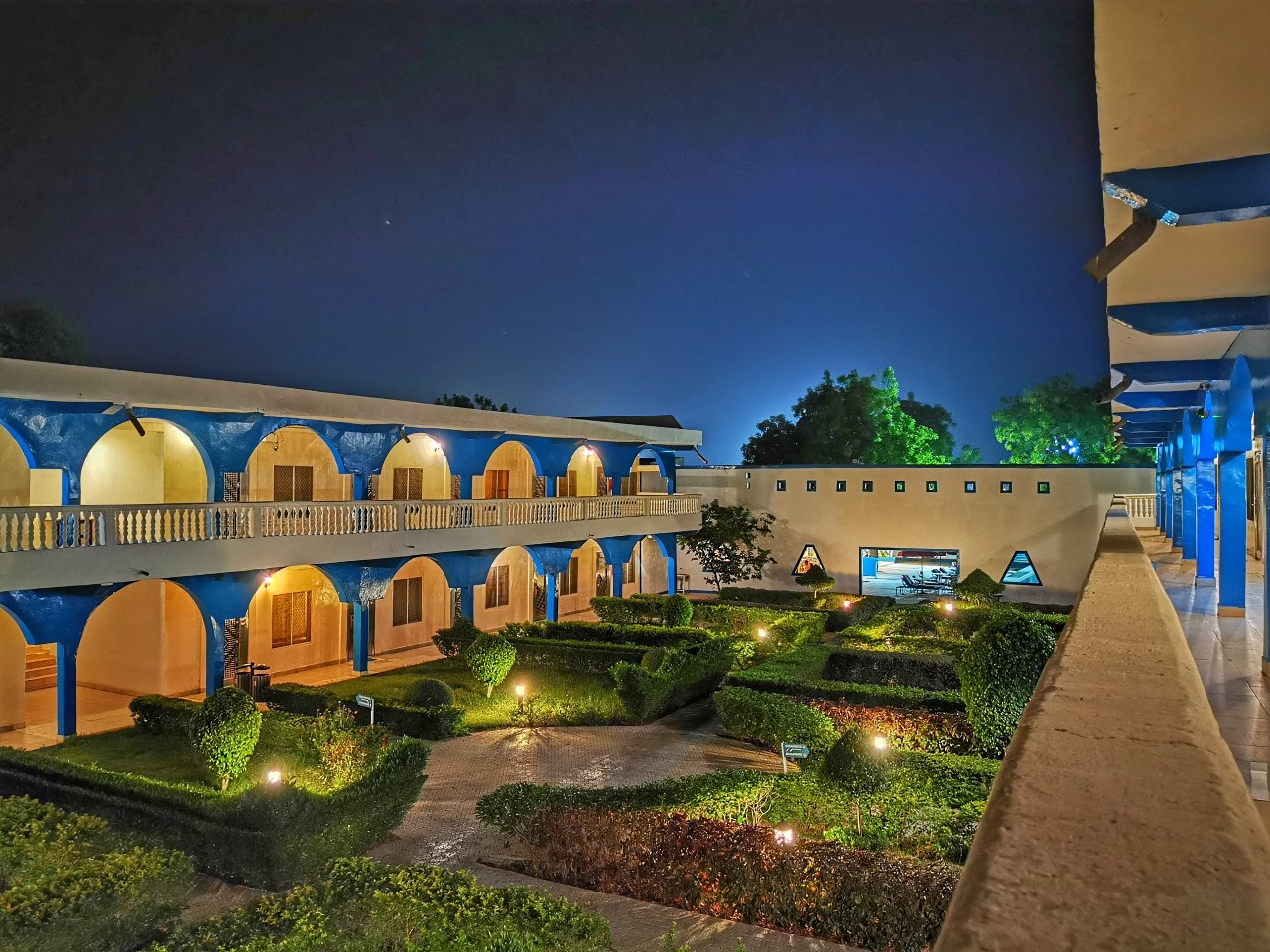 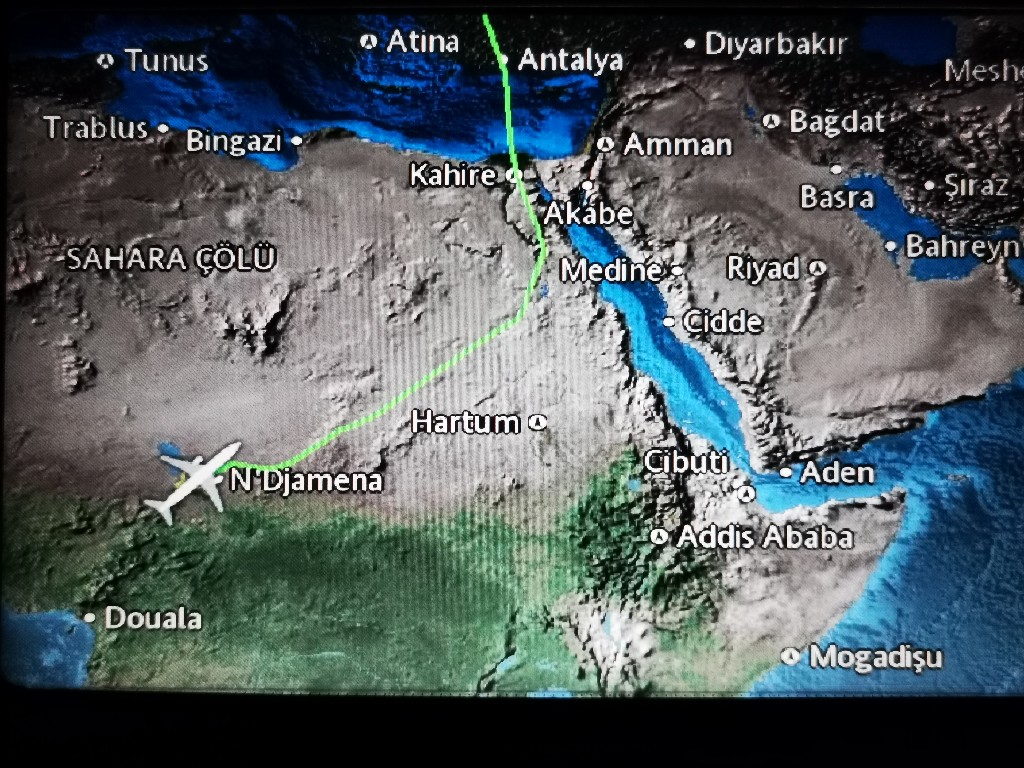 Screen of my Turkish Airlines Flight 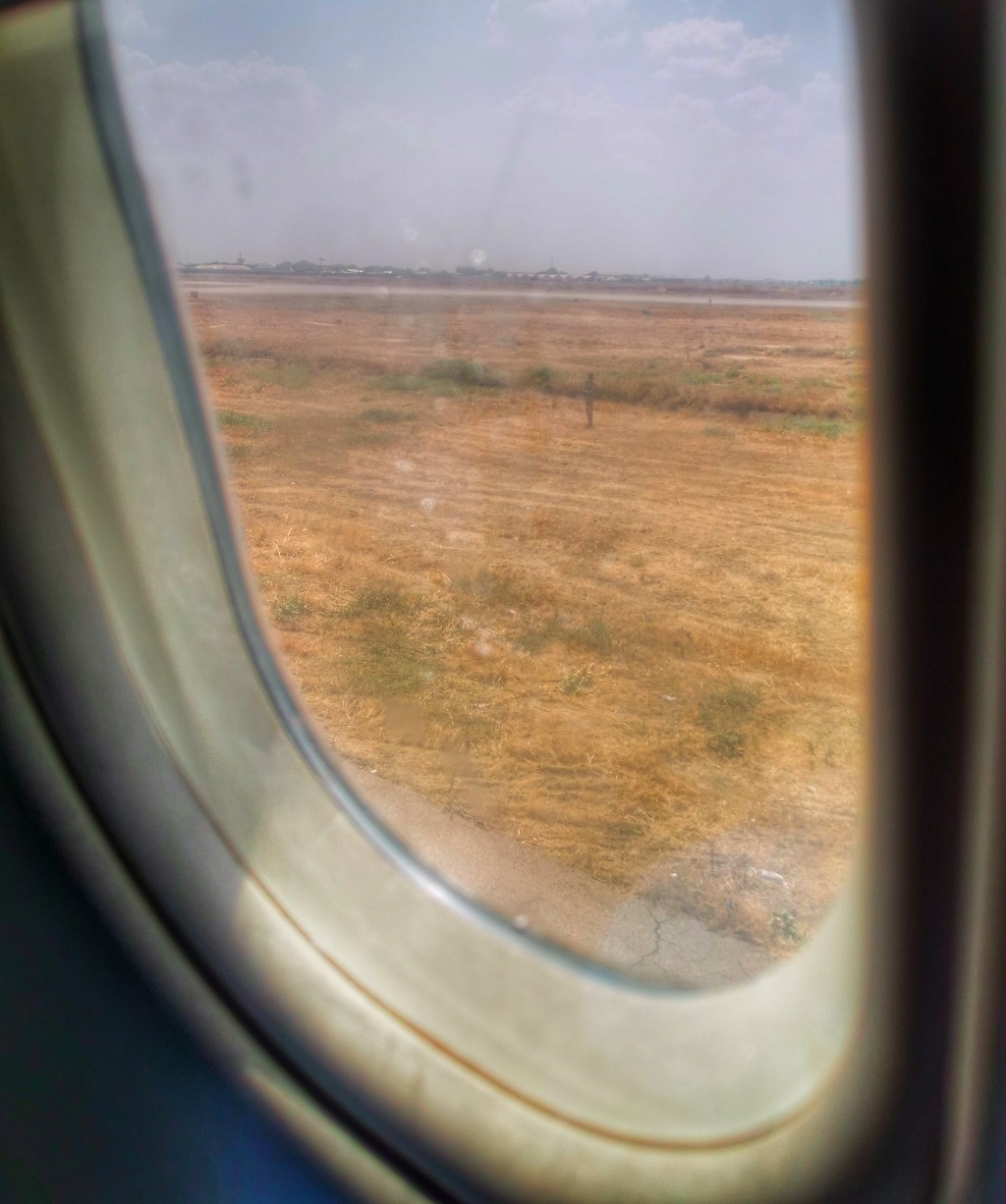 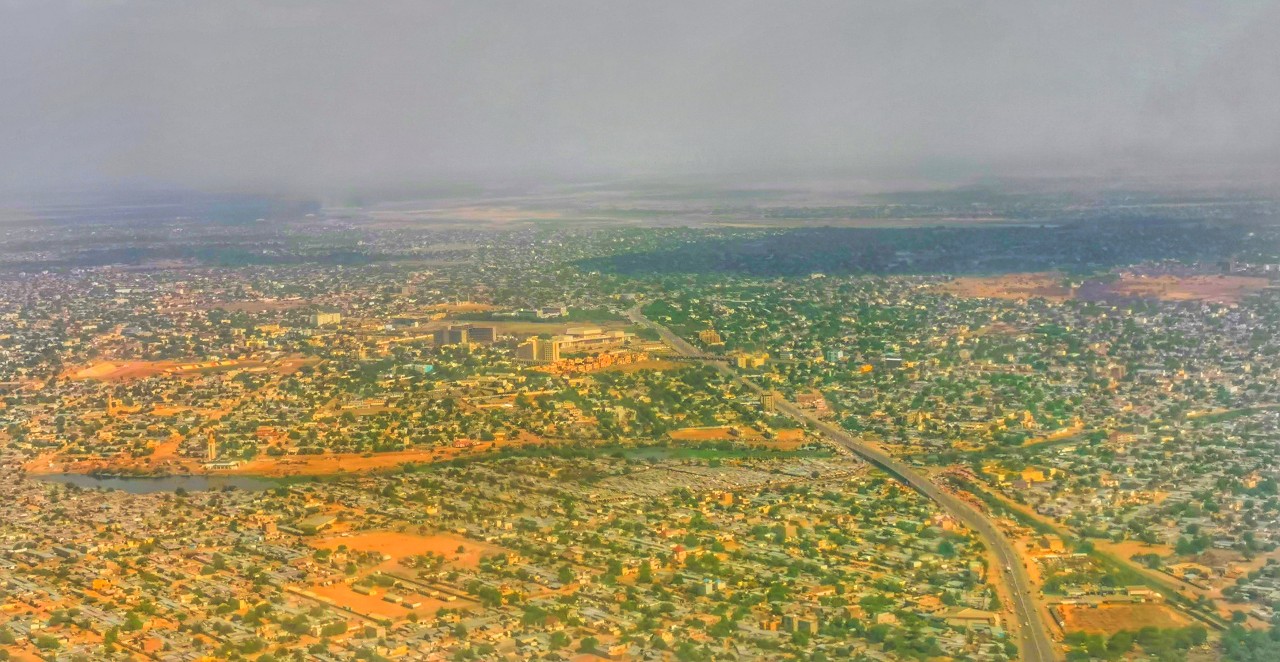 Another view of N’Djamena from the place 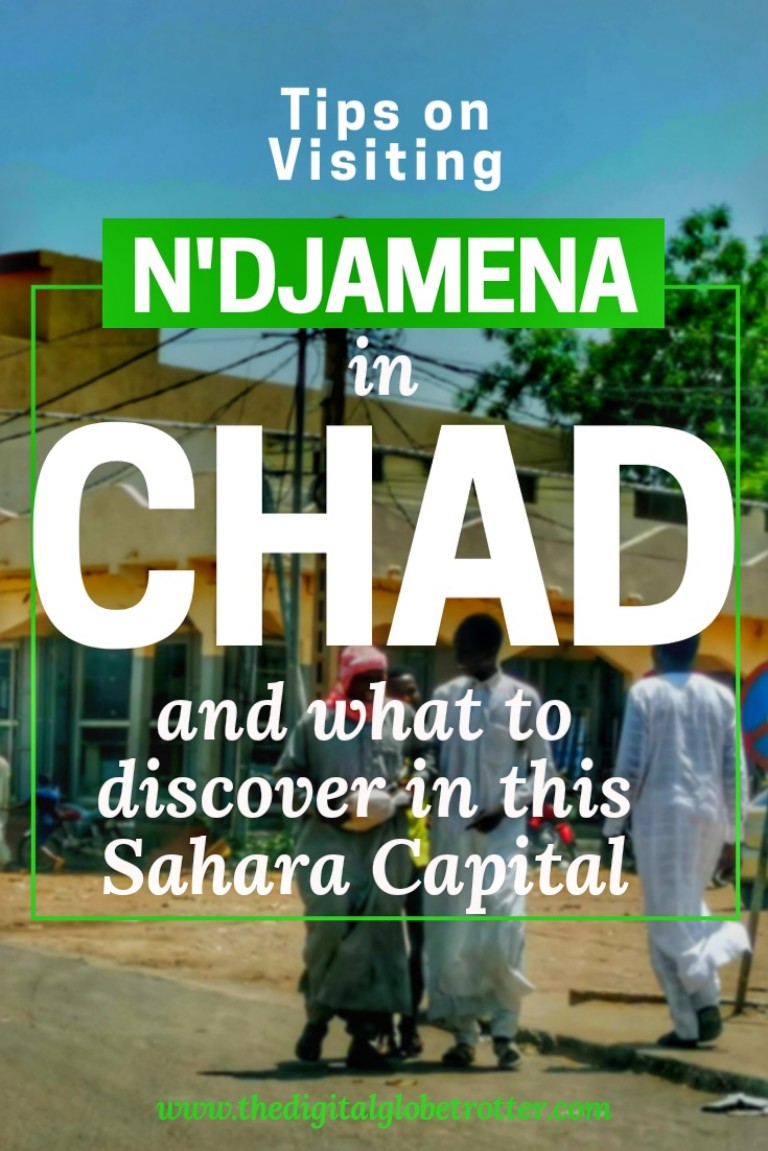 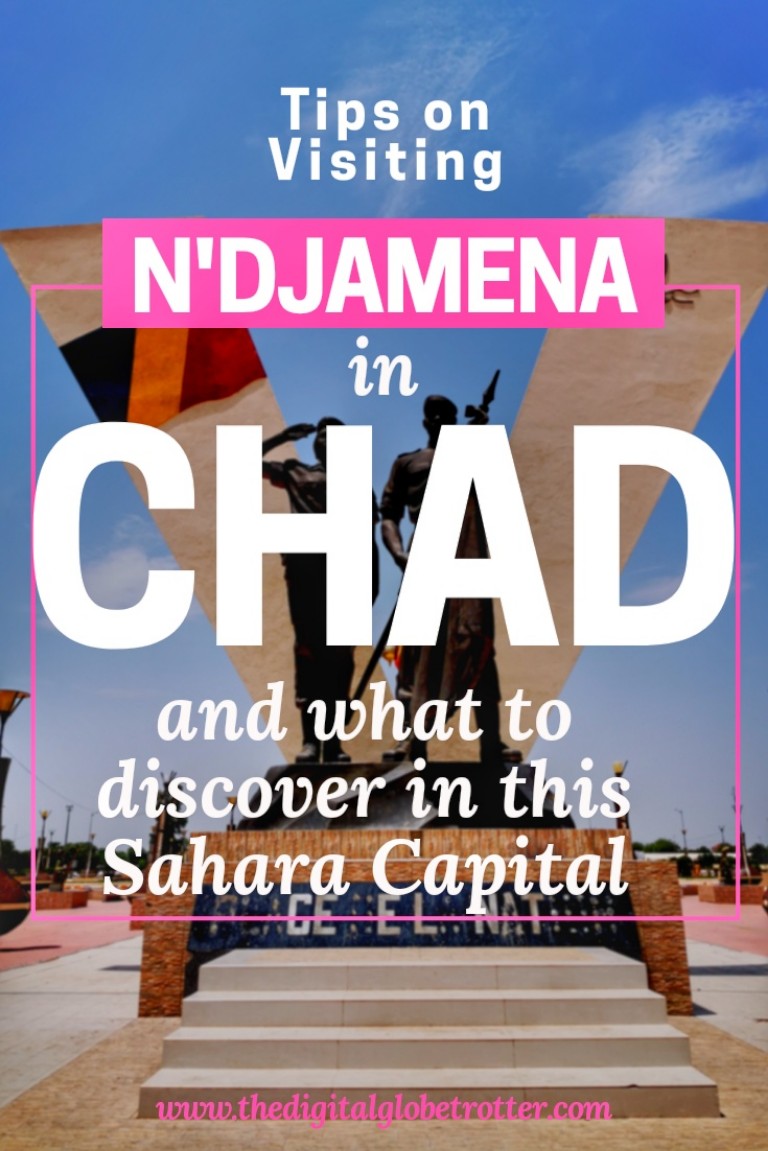