I’ve travelled extensively throughout Croatia over the years as it is, in my opinion, one of the most beautiful countries in Europe. I keep coming back because I never get tired of the blue Adriatic Sea, Venetian fortified towns along the coast, the food, the people, etc… And to win the title of the most beautiful city in Croatia is a hard one to designate. Rovinj is just a masterpiece, like few there are in Europe! I can imagine Dubrovnik being this nice before tourism destroyed it, so be quick to come and experience it before Hollywood comes before you, followed by the masses!

All the beauty of Istria in one single Venitian Town

Istria has been under Italian rule for so long that it is still omnipresent everywhere on the peninsula. Rovinj, also officially known as Rovigno as it is a bilingual city (Italian/Croatian), was once a Venetian city before the Romans took over. It was fortified as it was the most important city in Istria, which create its fascinating town center. Its been then handed over to so many empires, such as the Byzantine Empire, the Frankish Empire and even the Austrian Empire, that its identity is somewhat a mix of everything. The St. Euphemia’s Basilica, one of Rovinj’s highlights, is a Baroque church located in the heart of the historic part, on top of the hill and dominating the town with impressive views. The bell tower really looks like the tower of St Mark’s Basilica in Venice. 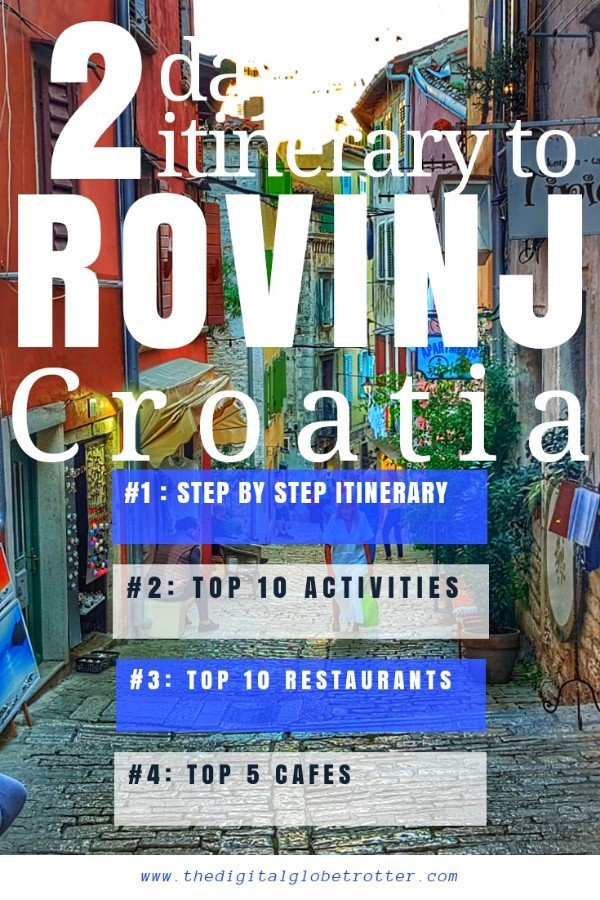 Spending a few days in Rovinj is definitely a must when in the area. It is actually the number one reason I see to come to Istria, even though there is so much more to see, it should come up first on any itinerary. It’s a very good place to base yourself to explore the region, especially the Istrian towns in the mountains, as well as other coastal beaches and cities such as Porec. But just being in Rovinj is a treat by itself, watching every sunset and experience the Istrian culinary in its affordable restaurants, especially the famous local Tartufa meals (truffles) which are served in a variety of dishes.

It’s actually so close to Venise that there are several day tours offered by boat; a great alternative than staying in the Touristic chaos and rip off prices of Venice. 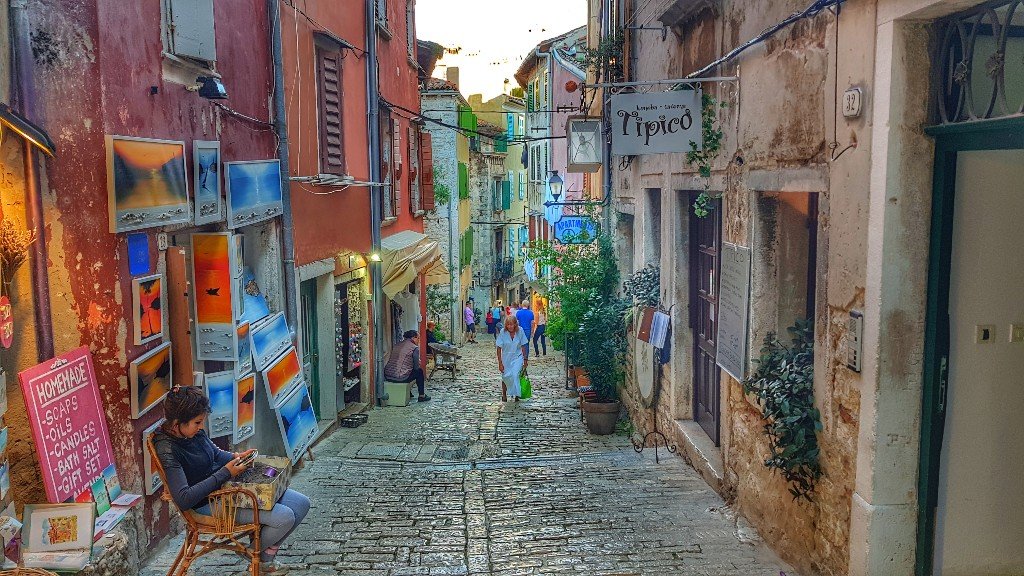 Start the day with a good breakfast at Adriatic Cafe and go straight to the main square of town, the M. Tito Square where you will find Balbi Arch the main gate of the old town. Go up and down on Matteottija street a couple of times as it is an experience by itself just to walk this beautiful street with its art and craft shops along the way. On top of the street is the Church of St. Euphemia, a Baroque Catholic church built in 1736, featuring a tall tower with sweeping panoramic views. Climb the stairs all the way up the tower of the church. Continue the walk along the church and back down on Bregovita street all the way to Giuseppe Garibaldija Street near the seafront on the north of the old town.

Have lunch around the seafront and continue around the old town on Vladimira Svalbe Street, stopping in the little entrances to the sea for beautiful views. Try to get in some shops to admire the architecture of the old Rovinj Houses. Arriving at Beach Pavillion, it’s a great place to have a swim in the summer, or even to get some nice pictures of the crystal blue waters along the shore. If you want some more beach time, try Mulini Beach a little south from town. For dinner, go to one of my recommended restaurants around the Marina and Port of Rovinj (see section below) or simply try one of my favourites such as Tipico Old Town or Maestral Restaurant for a great experience and culinary delicacies.

On the next day, you can start with breakfast around the Rovinj Market for some shopping and continue by having a look at the City Museum off of Na Mostu square in the old town. After walking in the newer part of town, along Carera Ulica, join one of the boat tours to Brijuni Islands which is an oasis of untouched nature just in front of Rovinj. You can also go on a Guided tour to Plitvice Lakes National Park or to the Postojna Cave and Predjama Castle on a Day Trip.

In the evening, do not miss out catching the Sunset at bar Mediterraneo sitting on the terrace straight off the sea for a truly memorable experience! 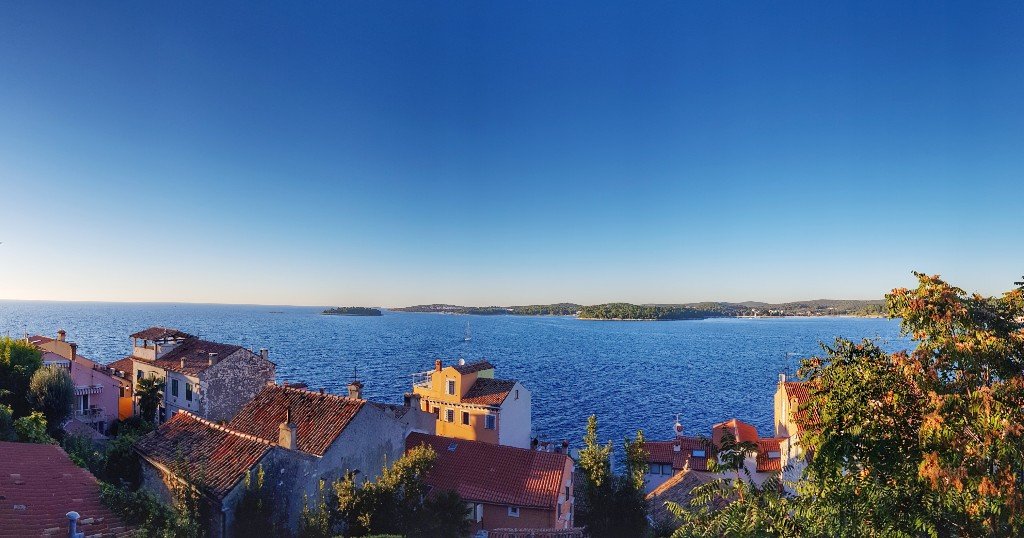 Top 10 Things to do in Rovinj 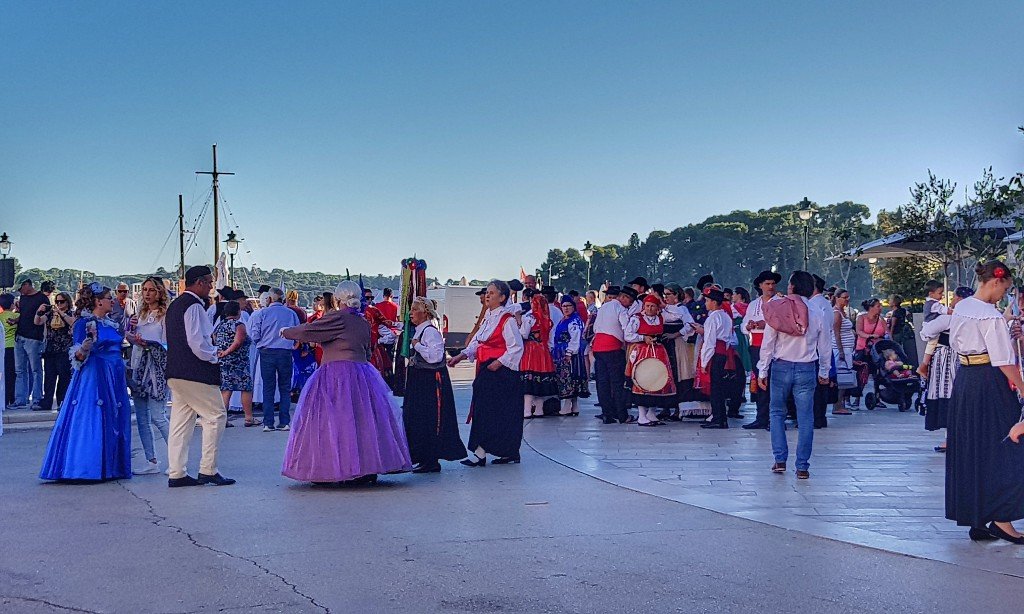 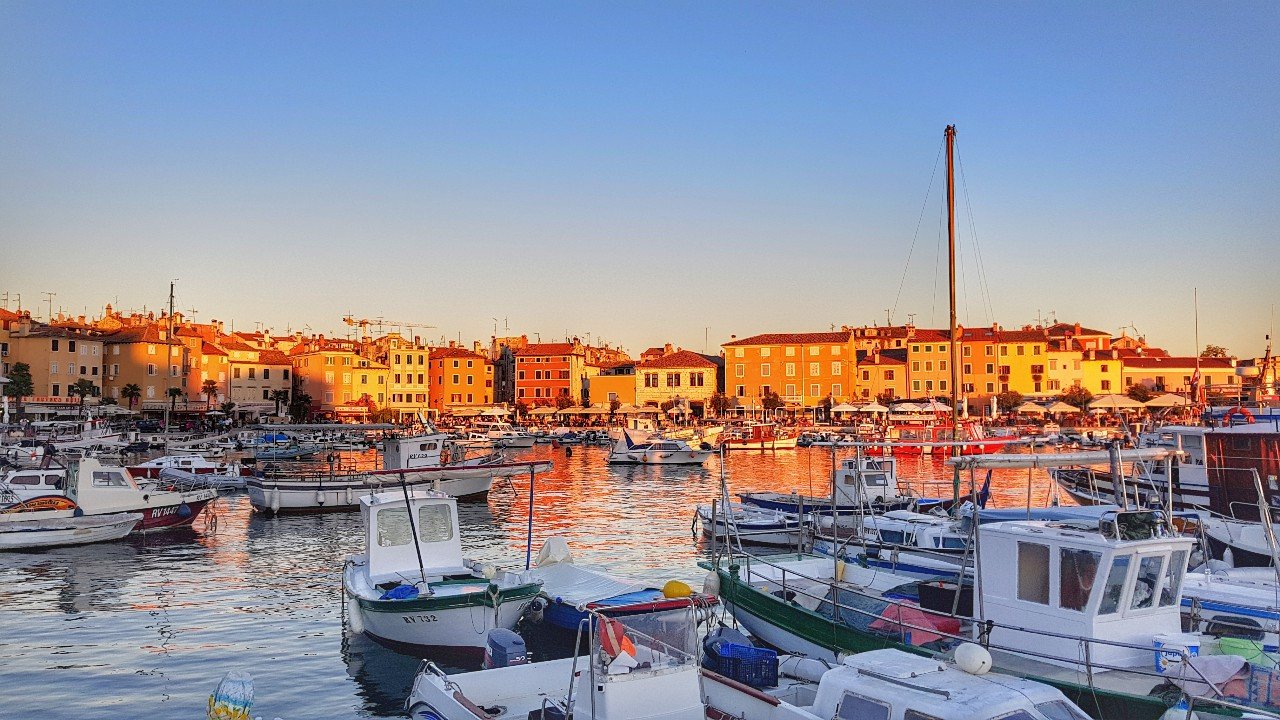 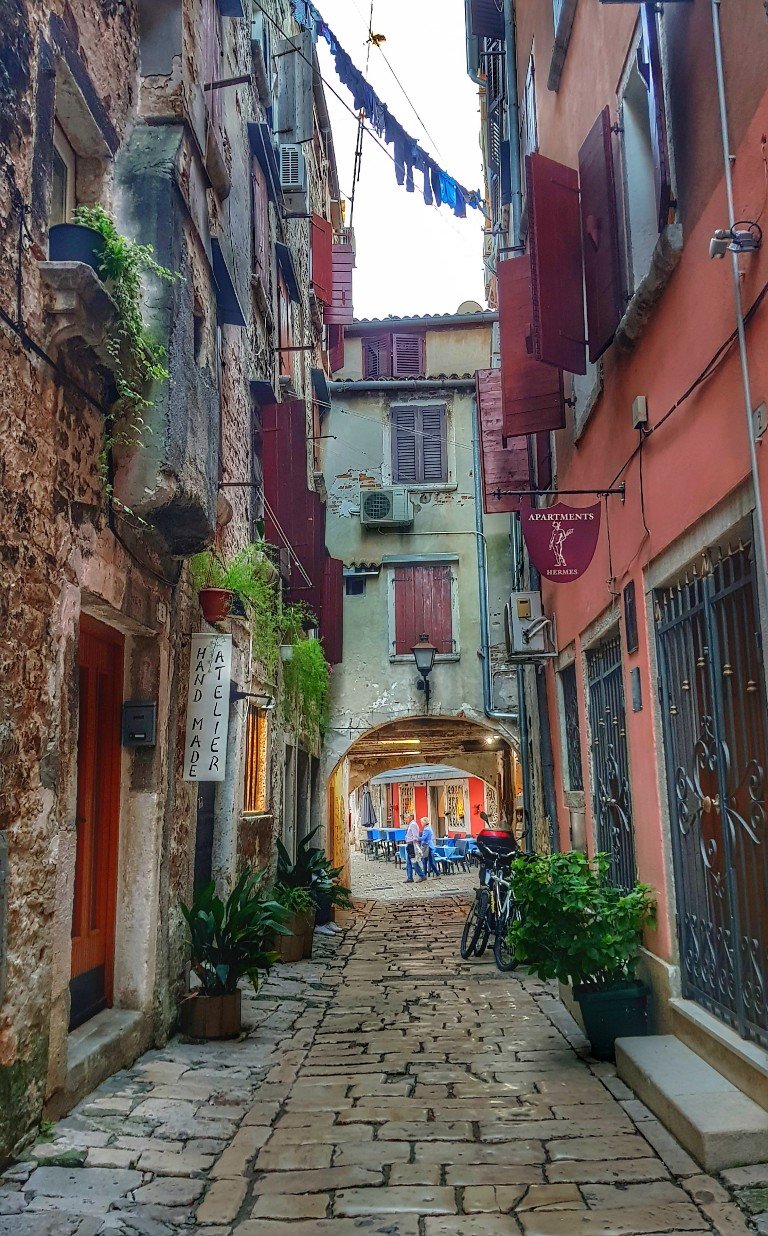 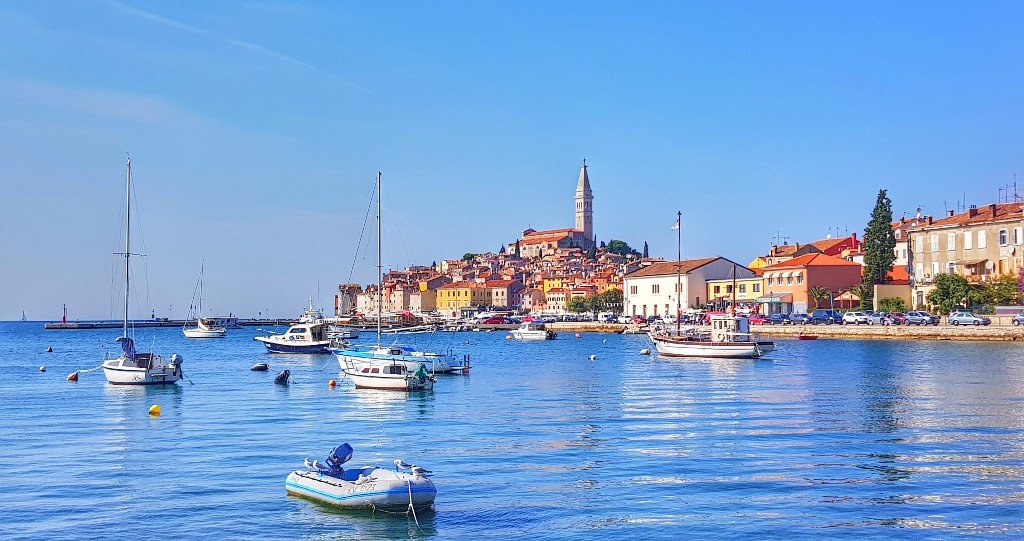 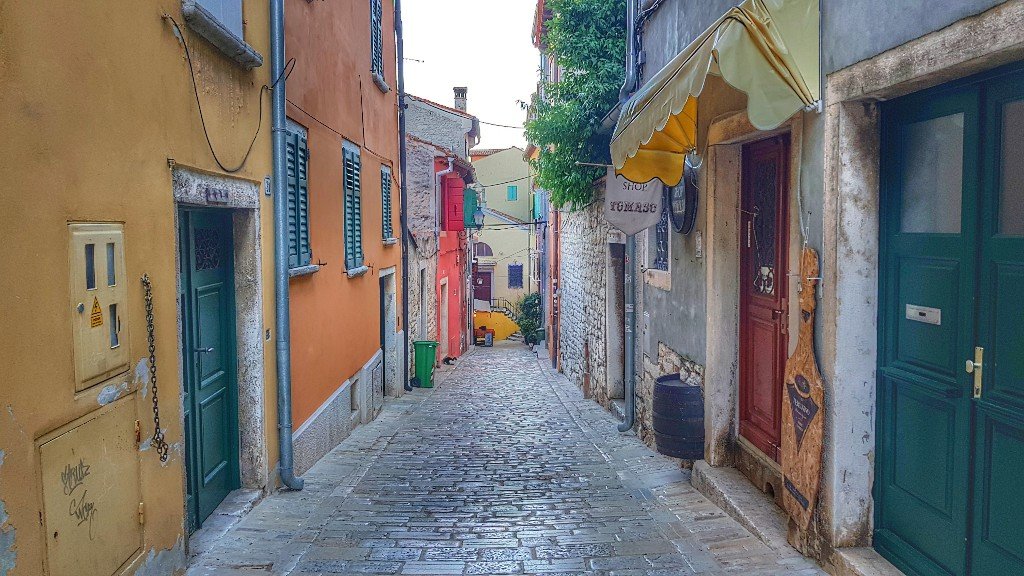 Streets of the Old Town of Rovinj 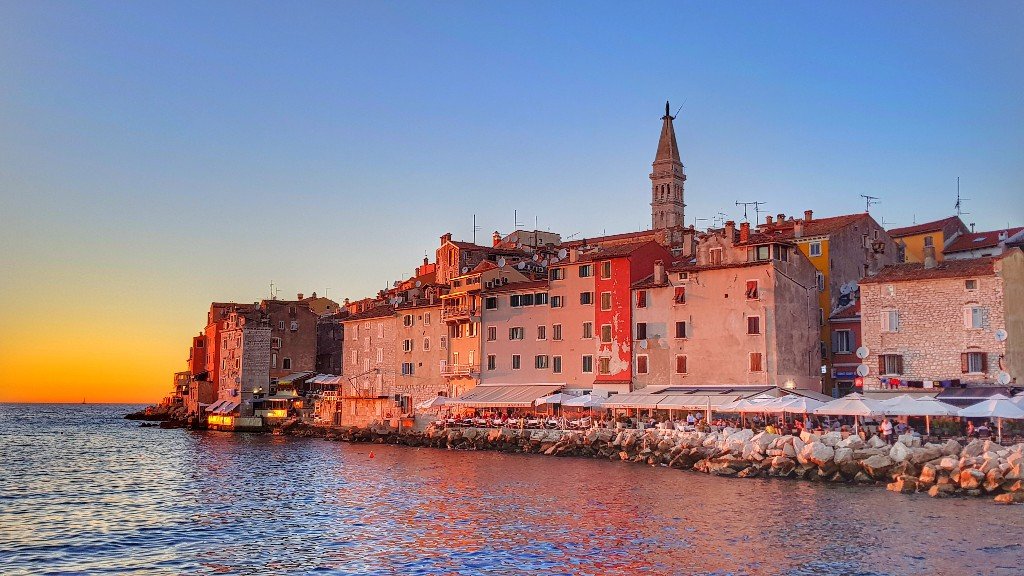 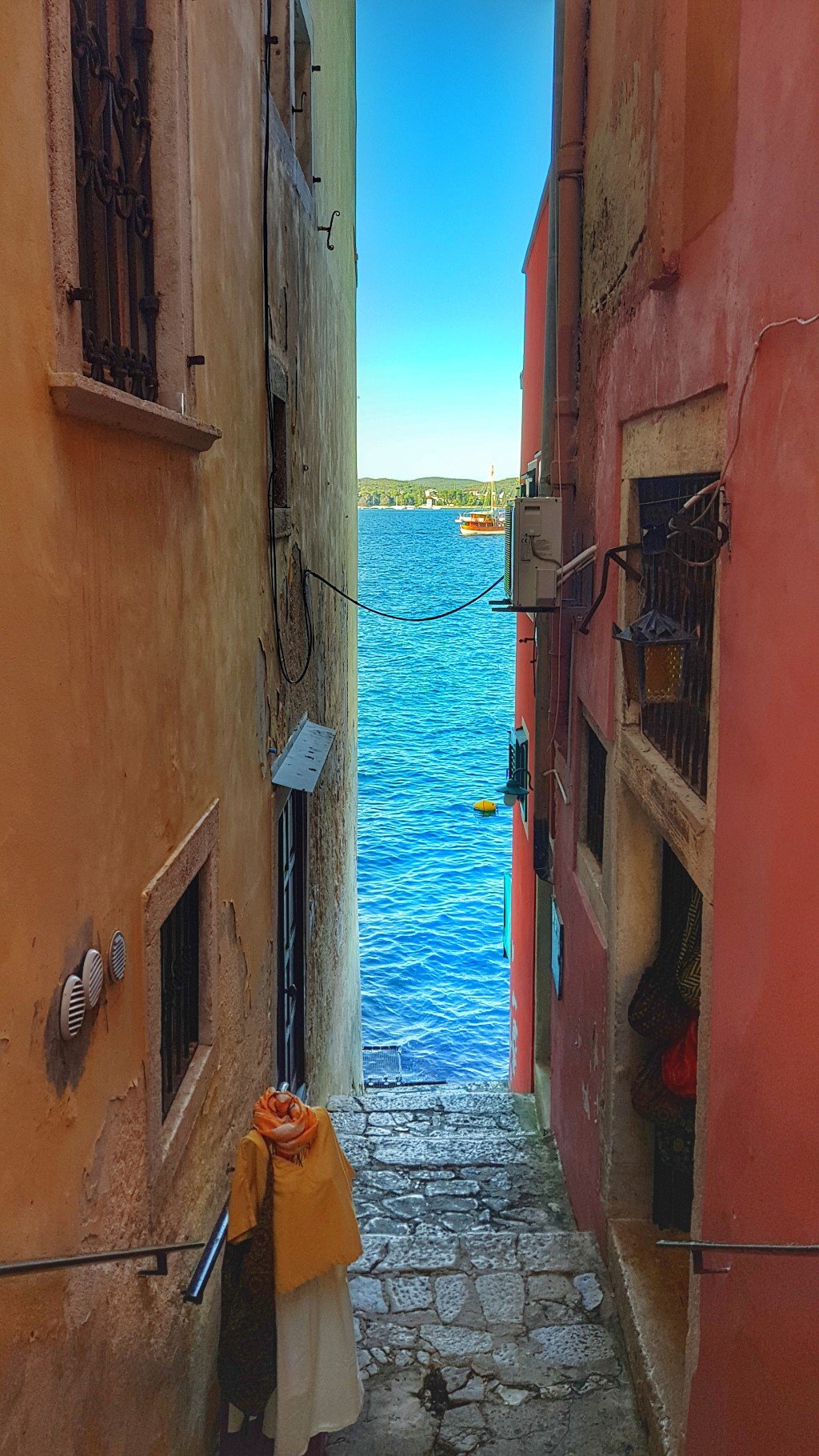 Streets leading to the Sea 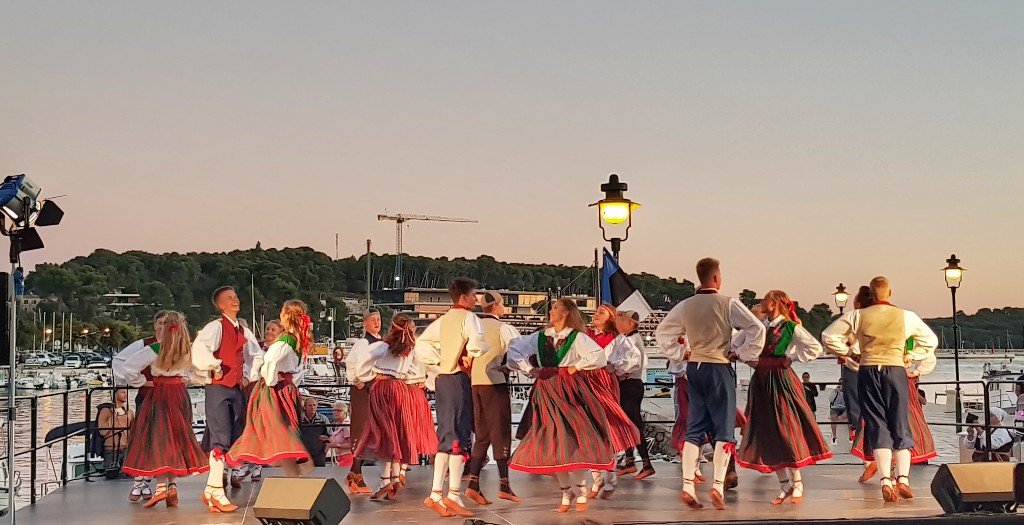 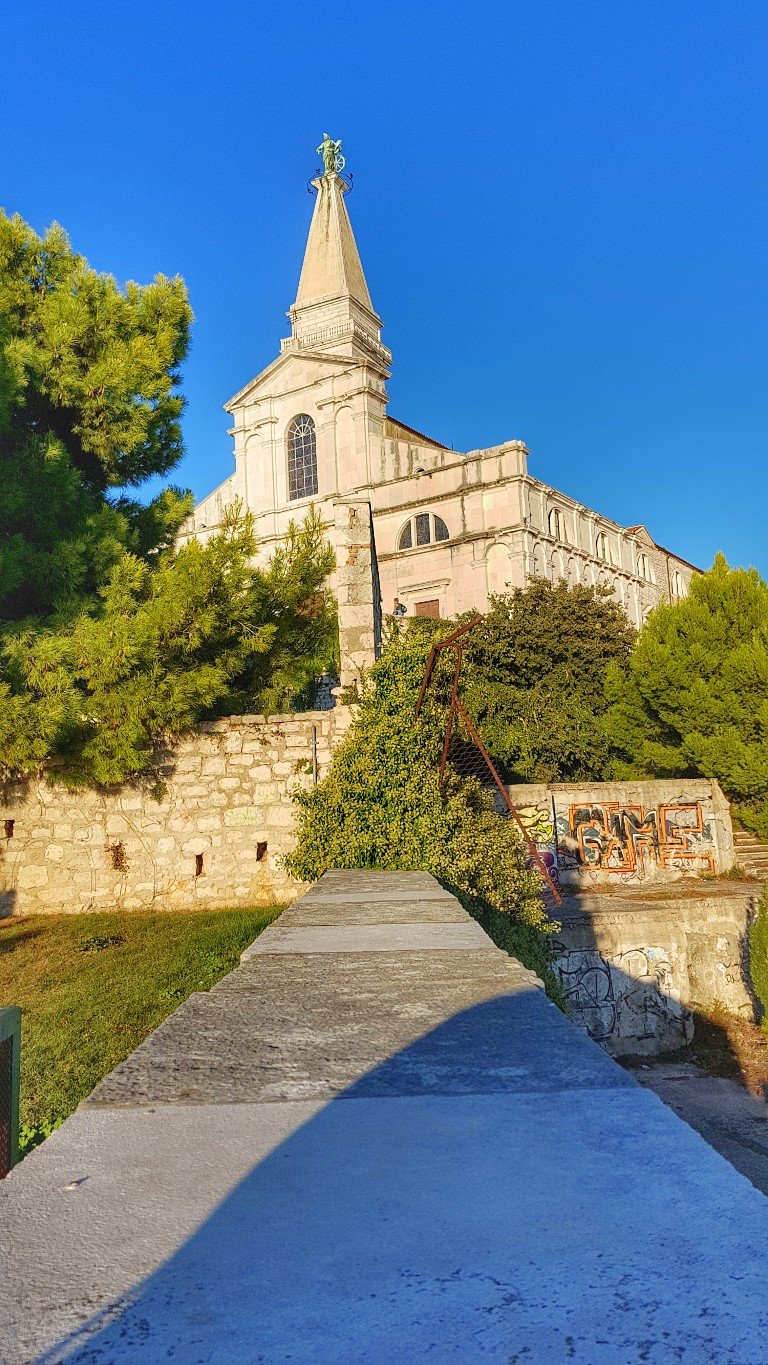 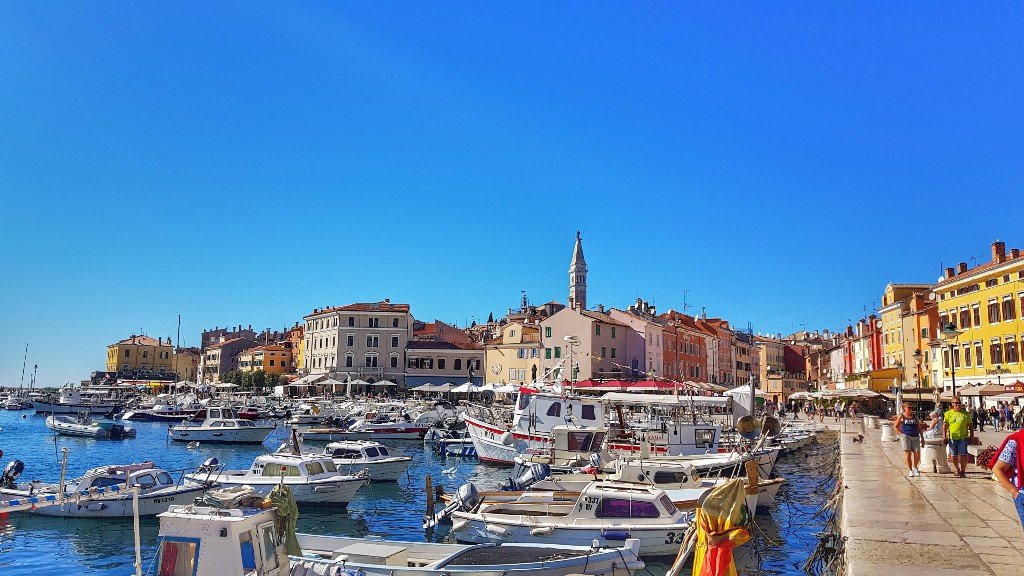 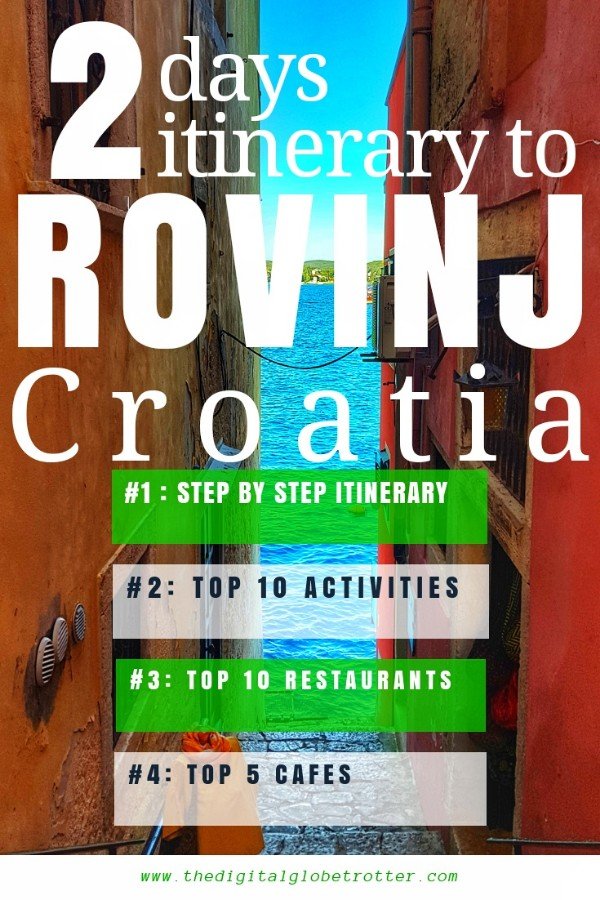 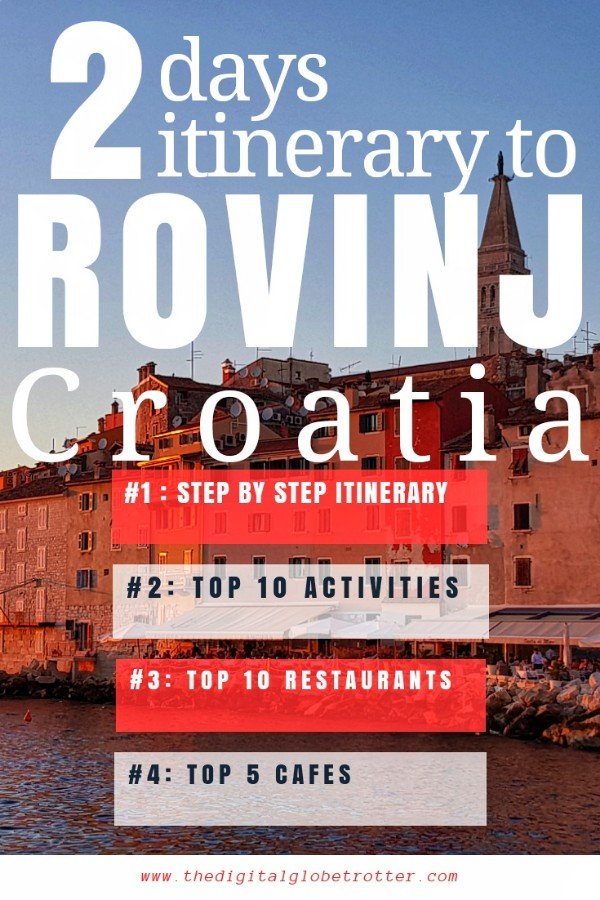