Pullmantur will sound unfamiliar to most cruise veterans as it is not a very popular line outside Spain and some Latin American countries. In fact, Pullmantur Cruceros is a sub-company of Royal Carribean that operates almost exclusively for Spanish speaking people, as well as anybody comfortable enough to get around in a Spanish atmosphere. One reason that will bring people to this line is their very affordable prices, some of the cheapest in the industry. But are the compromises given against the low price enough to make it for a good holiday? This is what I will cover in this article.

This was my second experience with a Pullmantur cruise after having done an ocean crossing on the Pullmantur Monarch in 2015. At the time, it was a very discounted cruise, offering their 14 days crossing from Portugal to Panama for only 400$, all inclusive! Seems pretty incredible considering most cruise lines make most of their money on selling drinks and alcohol. But Pullmantur cruises only go on the all-inclusive model, providing fountain drinks, coffee and basic alcoholic beverages free of charge, with a supplement for more premium drinks. That’s a pretty good deal. But there are several other drawbacks one will have to cope with on a Pullmantur cruise. First, they use very old ships, usually refurbished ships from Royal Caribbean. This means things will feel rusted and out of date. Secondly, it is a Spanish first cruise, which means all shows and announcements will be in Spanish with very little English spoken even by the staff which are mostly from Latin countries.
This time around, I chose to sail on the Pullmantur Horizon for 21 days, which consisted of two reposition cruises back to back. The first one covered the Canary islands to Malaga, and the second went from Malaga to Athens. 21 days at sea was sufficient to be able to rate the ship in details.

Special Note on the rating System: The rating system on my Cruise Reviews is based out of comparison to what many consider the best cruise line over the board: Royal Carribbean. In fact, Royal carribbean have become so good at the game that they currently have a steady 25% of the clientel of cruise ships over the world, a very considerate amount. I must agree that Royal carribean is the best experience one can have on a cruise, and this is due to the fact that they are excellent in absolutly all the categories I list in my Rating articles. When I say excellent, this means they pretty much rank a 8/10 without exception. Some cruise lines may have one or two categories with higher ratings than RCCL, but may lack in other caterogies. So in mt rating system, for comparison purposes, if a category ranks 7/10, it means it is lesser than the RCCL’s average, while a 9/10 means an Exceptional rating, better than the RCCL Average.

The Pullmantur horizon Docked in Malta

The entertainment onboard is pretty good in general. They have the typical animation team which provide several shows and activities to entertain the crowds which are well appreciated. Other than that, they have their excellent singers who do the shows as well at night in the theater.  They were almost all from Brazil and were great in my opinion, providing their Brazilian style “joie de vivre” and even some Brazilian nights. They were definitely one of the highlights of the ship for sure. Other than that, there was a one-man show guitar player that was very good, called Vinicius. Overall, I give them a nice 8/10, same as the average Royal Carribean quality, which is a very good accomplishment!
Rating Entertainment on-board: 8/10

The theatre shows were also of great quality, providing a couple different broadway style shows similar to what is provided on most Royal Caribbean ships. Knowing they are owned by RCCL, this made me wonder if they received help from their parent company to showcase their model of shows. Anyhow, this is a positive thing as the shows are very good!
Rating Theater Shows: 7.5/10 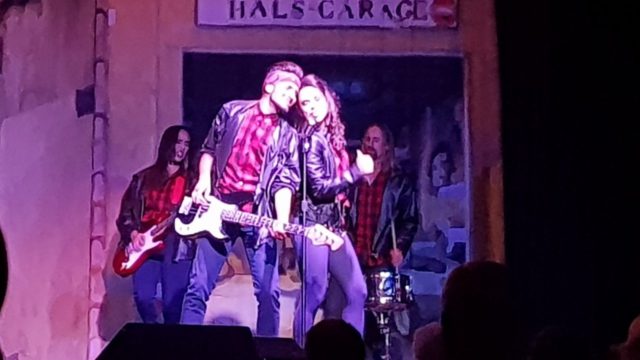 The Production show crew in action during a show

I always loved Royal Caribbean ships and believe they are some of the best in the industry. This also applies to their smaller ships which are now operated by Pullmantur, and even though they are older ships, they are very comfortable and provide a nice variety of rooms and bars. Their cafe was amazing, especially considering their cappuccinos were included in the price, so I found myself devouring one or two every morning. They also had a nice Nightclub and it was grooving every night, not surprising when alcohol flows so freely on the ship and by midnight everybody was already well in the mood!
Rating Ship Common Areas 7/10

Old boat, old rooms! and that could be felt greatly onboard… I am usually not very difficult and usually keep the room that was assigned even though some little problems could arise. But this time around, I had to change rooms 2 times as they all had serious problems. One of the rooms was straight on top of the engine and started shacking abnormally every morning at 5am when the ship arrived in ports, accompanied with a horrific engine noise which made it impossible to sleep, even with earplugs. The second was an outdoor room that was just on top of the smoking area, which is incredibly noisy at night when smokers go out to enjoy their cigaret. The ship’s rooms were made this way back in the days, with very poor insulation.
Rating Room Comfort: 5/10 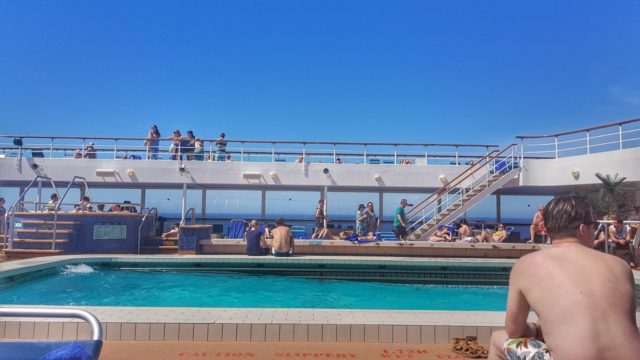 This is one aspect of the ship where there is a serious lack. First, it felt like the staff were not trained to the industry standards to provide a “the customer is always right” mentality. The staff could be rude at times, and little could be done about it. On top of this, if ever someone was not satisfied with the service, it was impossible for Pullmantur to adjust the service fee which is automatically deduced from everybody’s account daily. Most companies let the passenger decide to adjust the service fee if they feel they didn’t receive the proper service they felt like. Not here, and that left many customers very angry about the situation.
Rating Service Quality: 6/10

Back on the Pullmantur Monarch a few years ago, I was extremely disappointed with the food, where they had closed the buffet at night, and kept the same menu every single night! This time on the Horizon, it was a much better experience, with a good menu and surprisingly good meals considering it is a budget cruise line. This made me wonder if they have simply improved their food in a 2 years period or they provide different quality foods on each ship.
Rating Food: 6.5/10

Spanish Paella is an obvious choice on a Spanish Ship

This is definitely not the ships best aspect and cleanliness standards will be lower than the average cruise ship. However, hand sanitizers will be present in most areas and the food seemed clean enough.
Rating Cleanliness: 6/10

Everything seemed ok in this category, with the usual service comparable with other cruise lines in Europe.
Rating Check-in / Check-out: 7/10

In general, Pullmantur cruises will appear online as the cheapest by far! This is what attracts the eye of many customers. But after adding the government and port taxes and the mandatory service fee, the total price appeared pretty similar than other cruises. But considering they offer an all-inclusive experience, this is definitely to consider as if there is a heavy drinker onboard, the tab can often turn out more expensive than the price of the cruise. So considering the passengers will not have to pay for many extras after their cruise is paid, this means the cruise will turn out very affordable.
Rating Quality/Price: 8/10

However, does this mean someone should only cruise on Pullmantur? I believe the experience on other cruises such as Norwegian and Royal Caribbean are exceptional and full of surprises, and choosing Pullmantur means someone will miss on a higher quality cruise experience. A good way to see it is why someone would choose an all-inclusive 3-star hotel compared to a 4-star resort. A Cheaper price can also mean that this will attract a cheaper crowd, and on both cruises this time around, it was filled with Spanish school kids who were on some sort of field trip! This can be an inconvenience for some, as they can be loud.
If your priority is to keep the trip cheap, then Pullmantur cruises such as the Horizon could be a good choice. If the priority is on getting the best quality possible for the time spent at sea, then I would recommend choosing another cruise line such as Norwegian and Royal Caribbean. In my case, I will definitely consider coming back on a Pullmantur Cruise in the future if I see another good deal!
Rating Overall satisfaction: 7/10 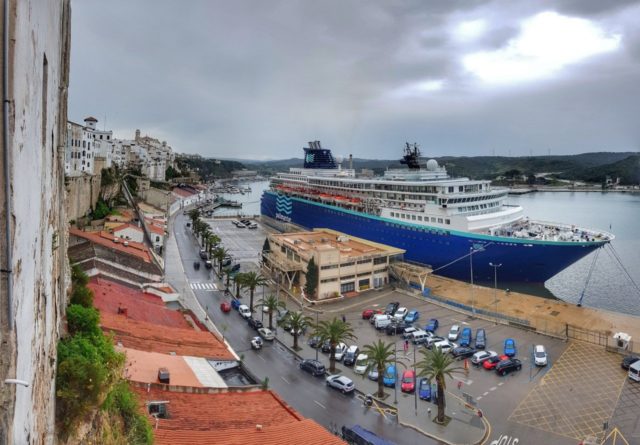 The Pullmantur Horizon in Menorca 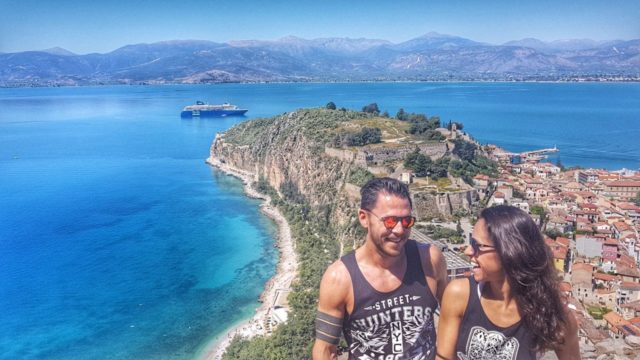 Me and a Friend Dancer in Napflio, Greece, With the Horizon in the Back 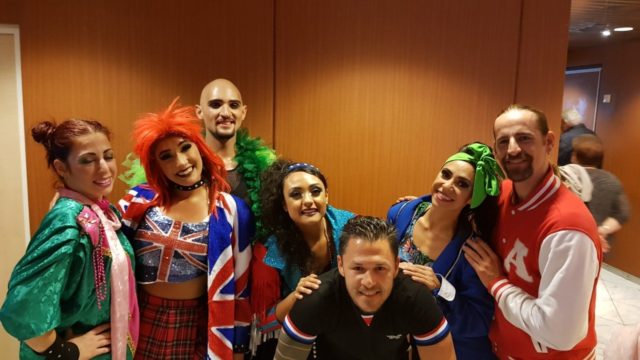 With the Production dancers after a performance 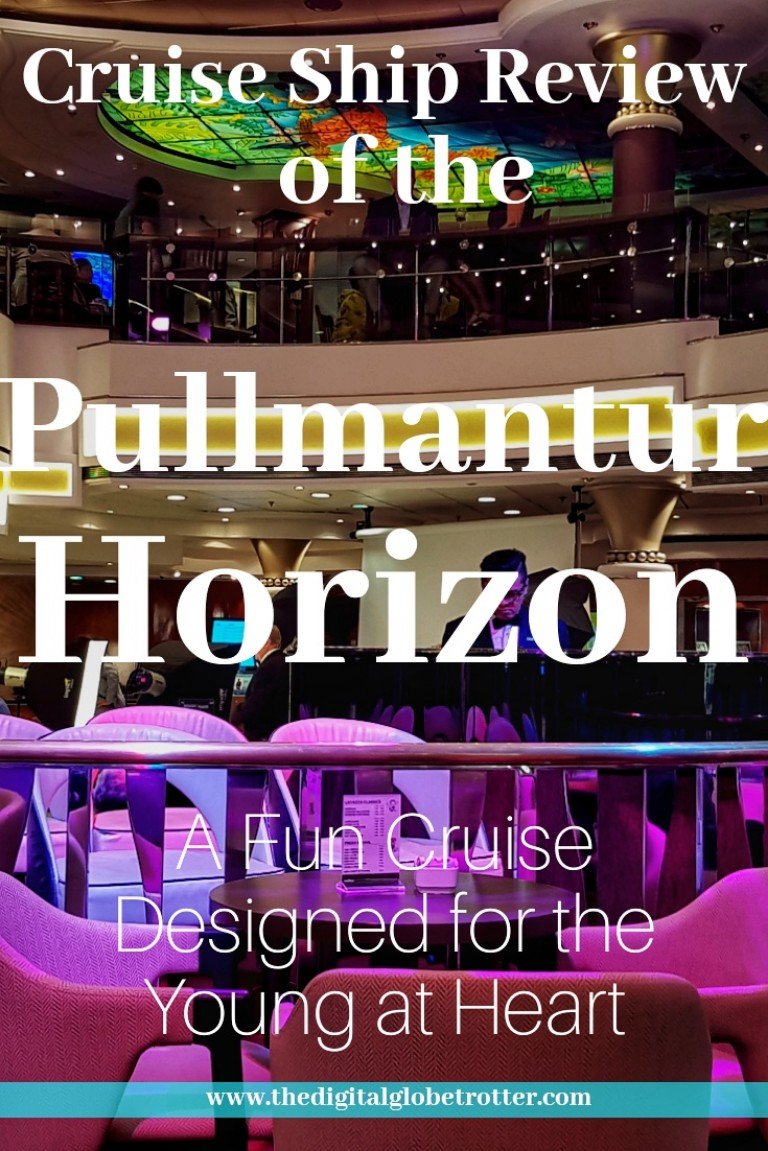 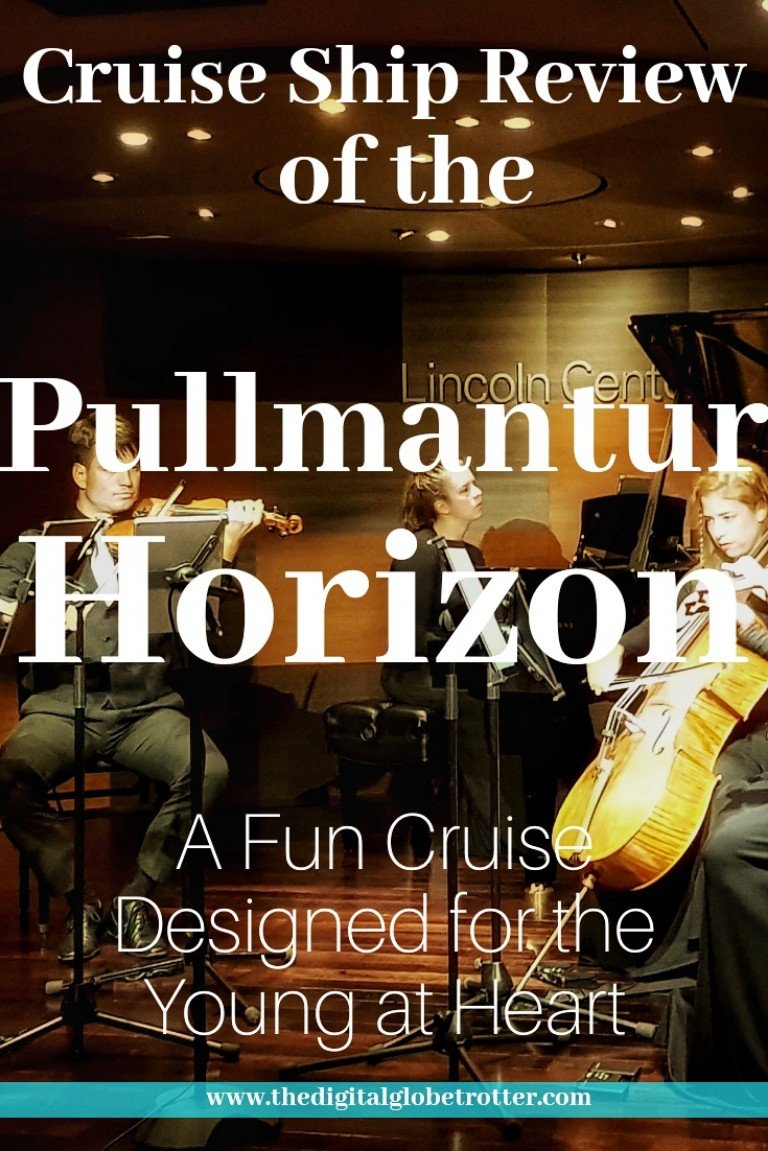