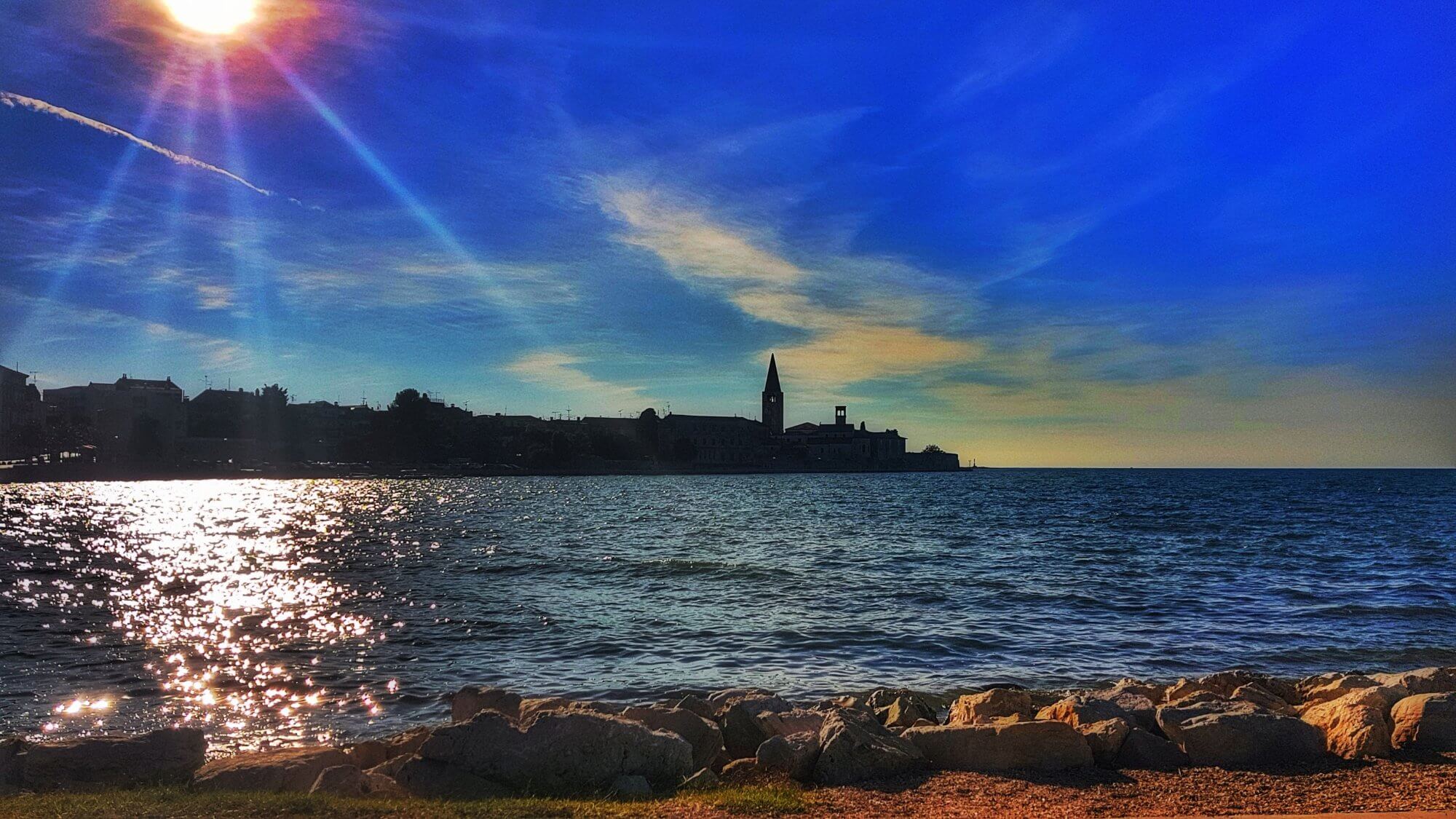 After Rovinj, this is the other favorite for tourists looking for Beach and Sun in Croatia. Although Porec is a nice little medieval town, when speaking of Porec it is usually referred to as an area that stretches 37 km along it’s coast from north to south where several beach resorts are entirely devoted to mass tourism. Although Porec is still not as internationally famous as Dubrovnik and the Dalmatian coast, it isn’t a secret for Italians which flood the area every season and count for the vast majority of tourists seen, followed by a smaller proportion of Germans.

A Coast designed for Mass Tourism

The town of Porec is actually pretty small, measuring only 200m by 400m. It is the Romans who designed the current outlines of the streets in the old town, making it an important administrative center around the 2nd century BC. After the collapse of the Roman empire, the Byzantines came for several centuries and built what is now probably the main attraction to visit in Porec: the Euphrasian Basilica with its magnificent frescoes. Then came the Venetian around the 13th century, which gave it its typical Istrian style found along with other towns on the coast like in Rovinj for example. 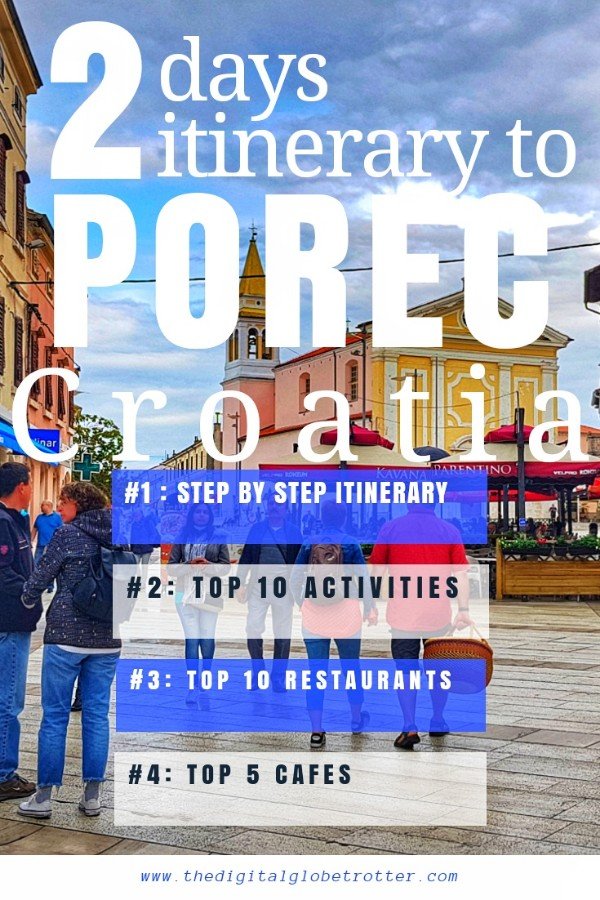 One of the best-preserved example of Byzantine Art

The Euphrasian Basilica is a true marvel. It’s impressive that such a small town, less than 20000 inhabitants count for such important remnants of one of the most important empires of the world. It was built in the 4th century and included a sacral complex, a church, an atrium, and a baptistry. The main interest for tourists will surely be the mosaics in the apse which feature biblical scenes. dating from the 6th century.

Overall, Porec is a nice little town but nothing to the level of Porec or Piran in Slovenia. Knowing that you can easily choose a hotel on the coast away from the center, the old town is a good day-tour option to visit its main attractions and walk around in one afternoon. 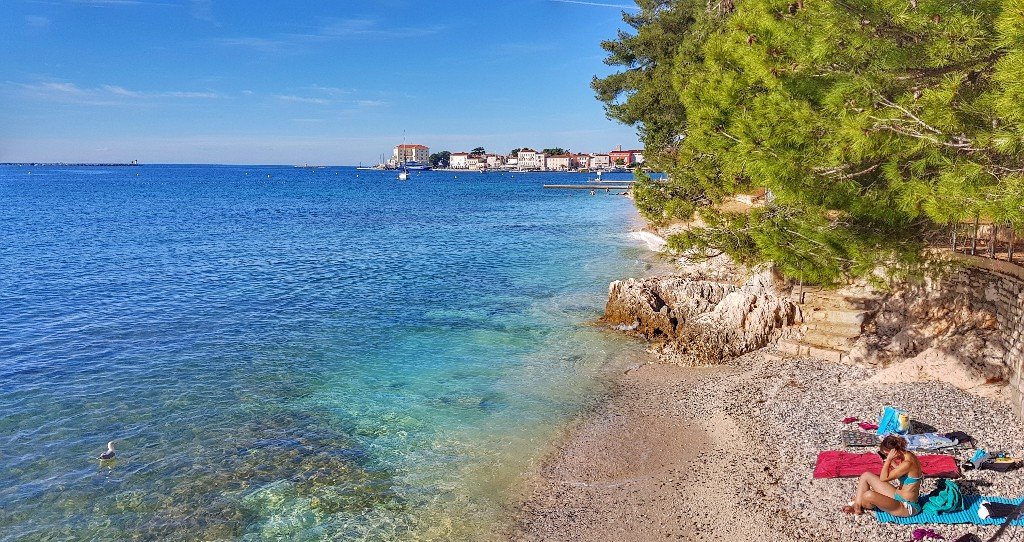 You can start the day with breakfast at Habitat Cafe and continue straight to the main square of Porec at Slobode Square. This is where the Church of Our Lady of the Angels is located with its beautiful yellow and pink facade. You can then start going down the main street of Porec on Decumanus Street. Have a look at the House of Two Saints, a small 15th-century stone house noted for its statues of sleeping saints flanking an upper window. Continuing on the street, you will find the Zuccato Palace and a little further, the ruins of the Neptun Temple. After lunch, come back one street up on Eufrazijeva Street and go to the highlight of Porec, the beautiful Euphrasius Basilica, also known as the Cathedral Basilica of the Assumption of Mary. It is one of the best examples of early Byzantine architecture in the Mediterranean region and a UNESCO protected site. For dinner, go to one of my recommended restaurants (see section below) such as Konoba Daniela or Sv. Nikola for a great experience and culinary delicacies.

The Next day, enjoy an early morning walk along the seafront of Porec which extends for several Kilometers North and South. I especially recommend going south through the nice parks and even have a dip in the Adriatic Sea at Porec Plaza Beach near Beach Bar Jedro. In the afternoon, you can join a boat excursion to the Brijuni Islands National Park or even go as far a doing a Day tour to Venice, which is fairly close by boat. You can also rent a Kayak and have a sunset tour of the Porec Area (with a group if you prefer). Being in Porec is a great opportunity to visit the Istrian Interior Mountains on your own wheels on or a guided tour. 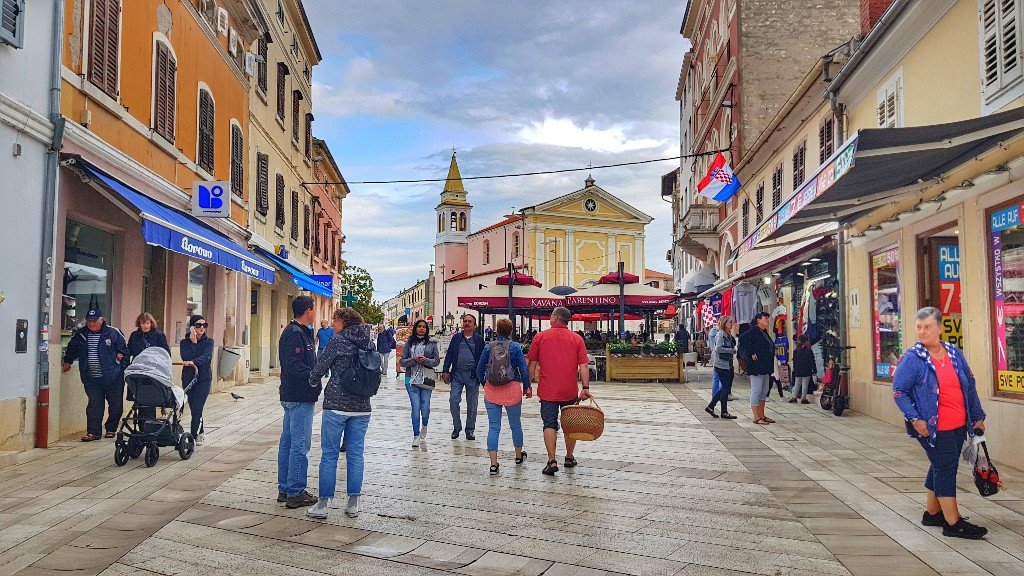 Top 10 Things to do in Porec 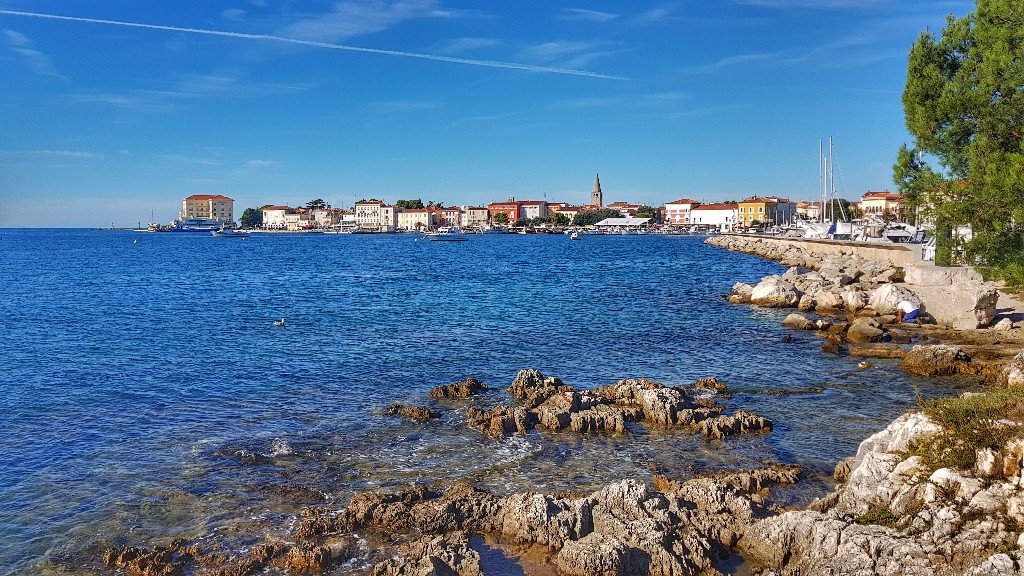 Porec and the Sea 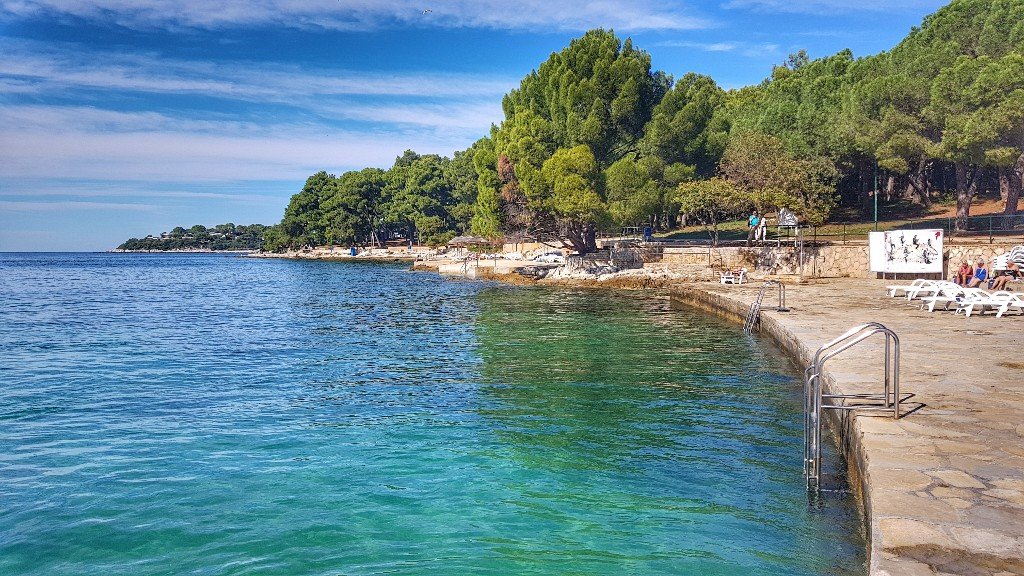 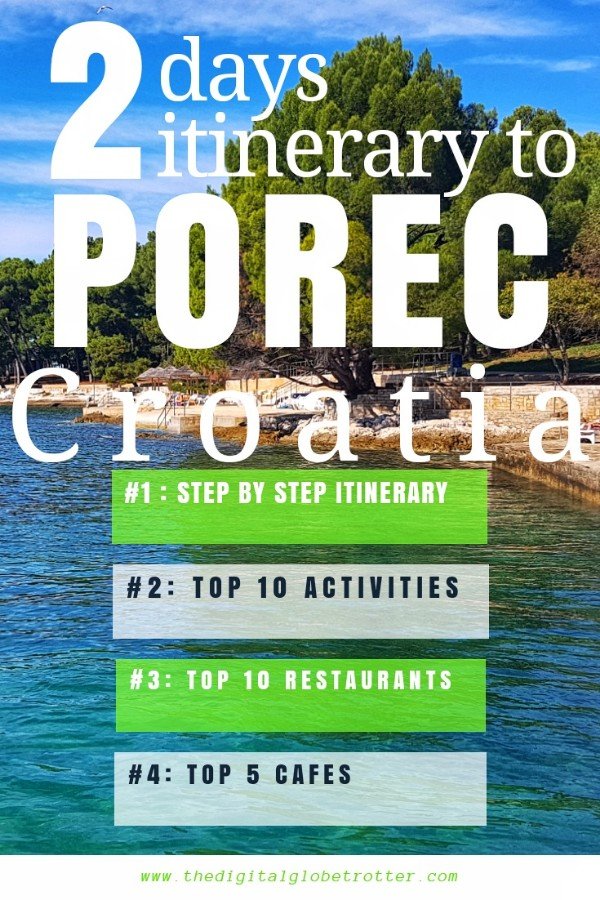 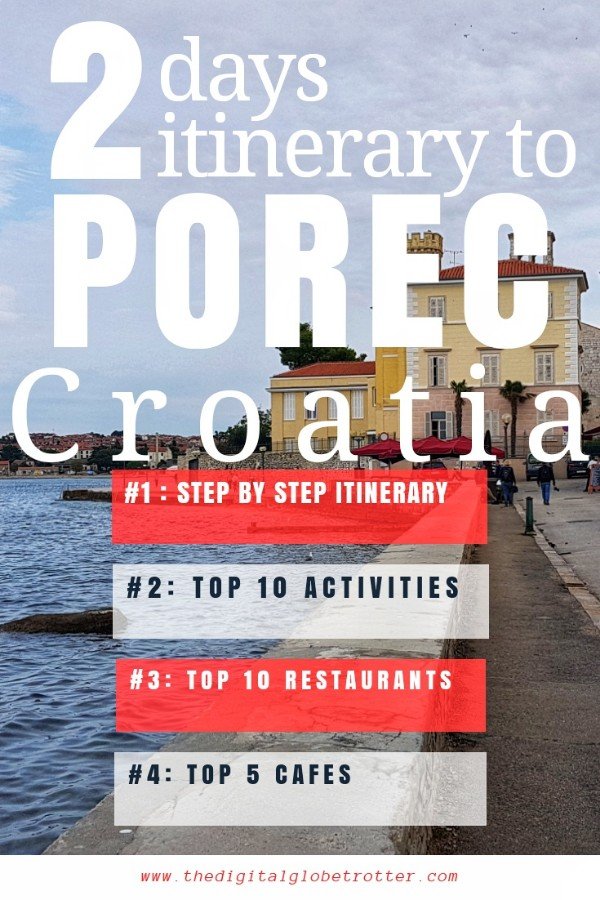