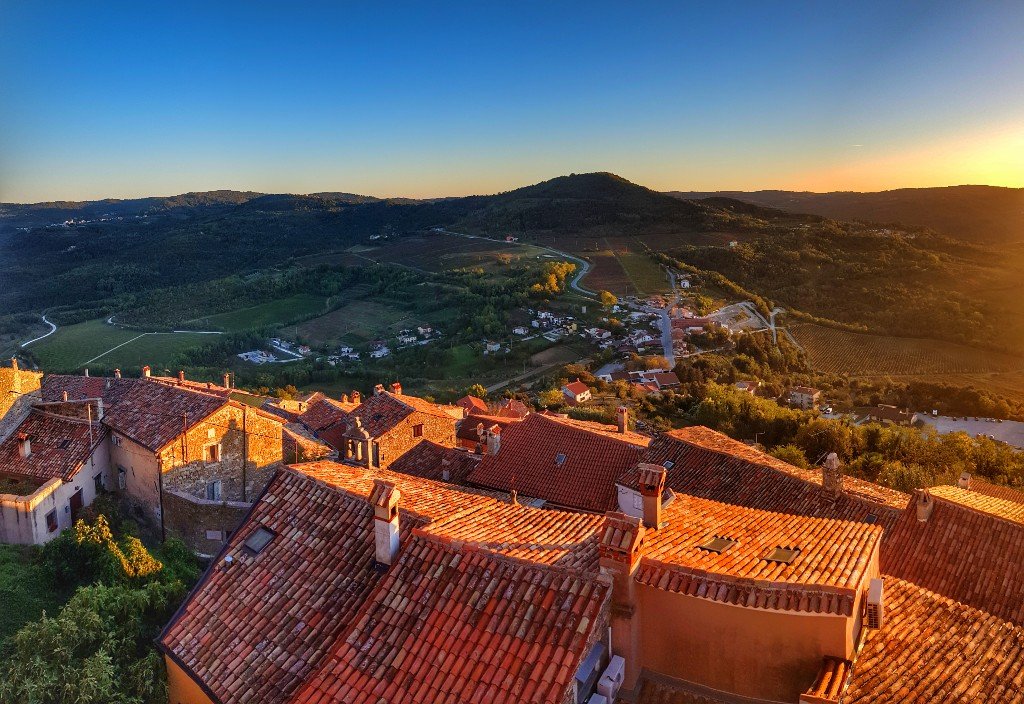 Though the Istrian Coast gather much of the fame for its pristine blue seas and beautiful Venetian towns, another side of Istria should not be missed while visiting the area. The Istrian interior, a mixture of rolling hills, fertile plains and pine forests with medieval hilltop villages is just as impressive and interesting, making a day or two visit an ideal way to gasp in the experience! If you are the kind of person who gets enchanted by Toscany style Plaines, the Istrian Interior is sure to impress you just as much.

The pace definitly slows down from the buzzing tourist lifestyle of the coast, but that’s actually a good thing! The main activity in this part of Croatia isn’t tourism as much, but rather wine-making, olive culture, asparagus harvesting and most importantly, truffle hunting (which you can actually take part yourself). The area around Buzet is a famous area to produce some of the best truffles in the world. You can book yourself a tour including hunting in the forest around the small town. The region feels much like Tuscany and spreads over the valleys, which is definitely better to explore with your own wheels. 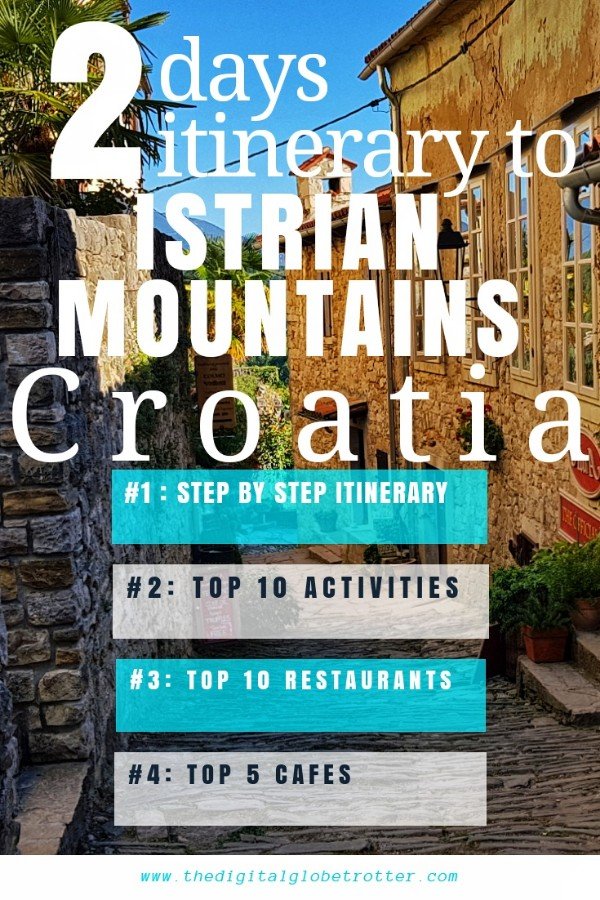 Several towns are worth a visit, but I recommend just to drive around the area, hitting towns on the way to the highlights which are Buzet, Labin, Vodnjan, Pazin, Hum and most importantly, Motovun. Perched on top of a 227m-high hill, Motovun is a Venetian style fortified town with 2 sets of think walls surrounding it. Within the walls, there is an atmospheric set of Gothic and Romanesque buildings which will surely make your camera snap multiple pictures. There is even a popular film festival held in the city every summer if you are into it and don’t mind massive crowds. There is a fee to enter Motovun as well as a Car fee, else there is a public bus that can bring you all the way up.

The other most interesting town for me was Hum, self-titled the smallest town in the world. My guide book which dated a few years back was listing a population of only 18. After questioning locals about it, I was corrected that the number has now risen to 25. Congrats Hum 😉 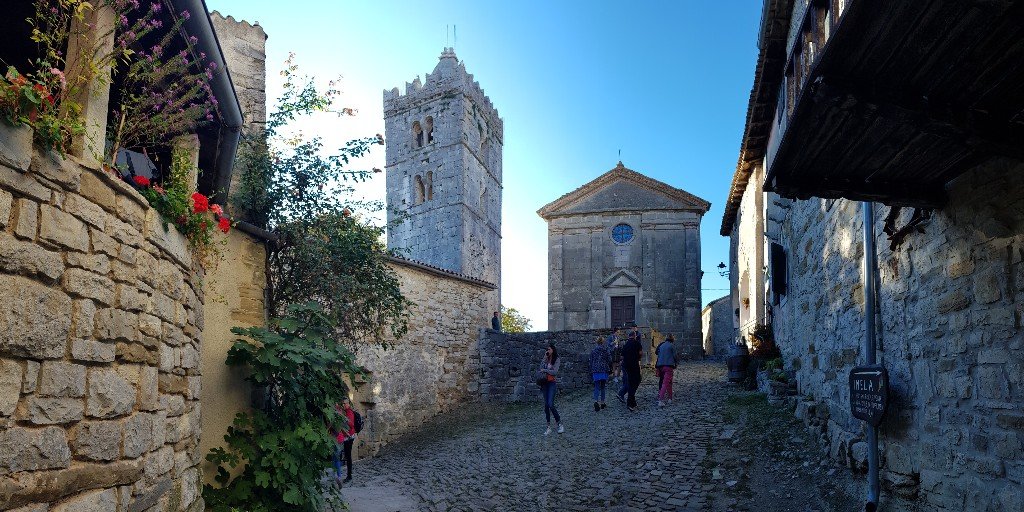 Hum, Smallest Town in the World 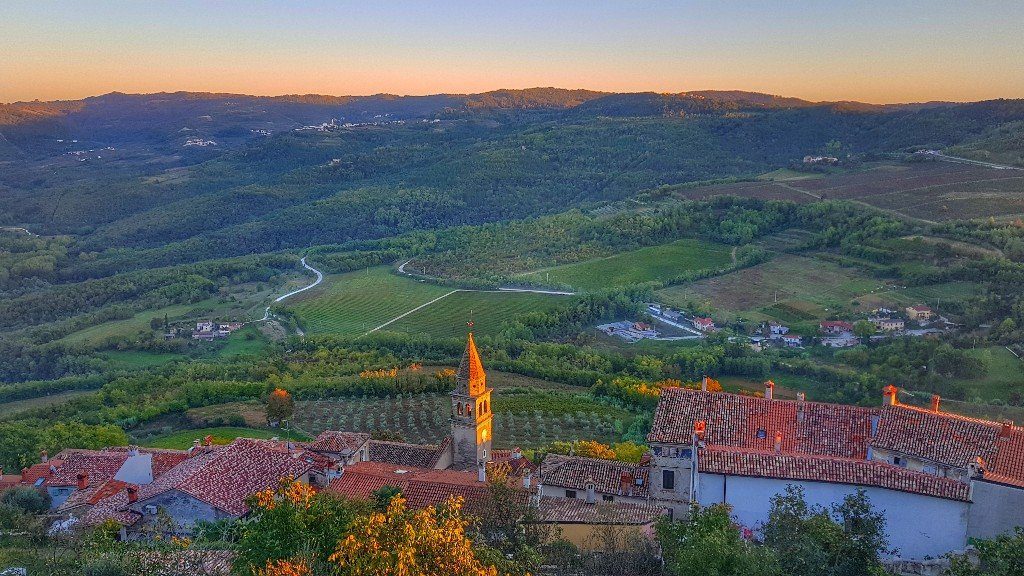 Top 6 Things to do in the Istrian Interior

Top Rated and Recommended Cafes in the Istrian Interior

Top Rated and Recommended Restaurants in the Istrian Interior

The Istrian Interior In Pictures

On the Top of Motovun 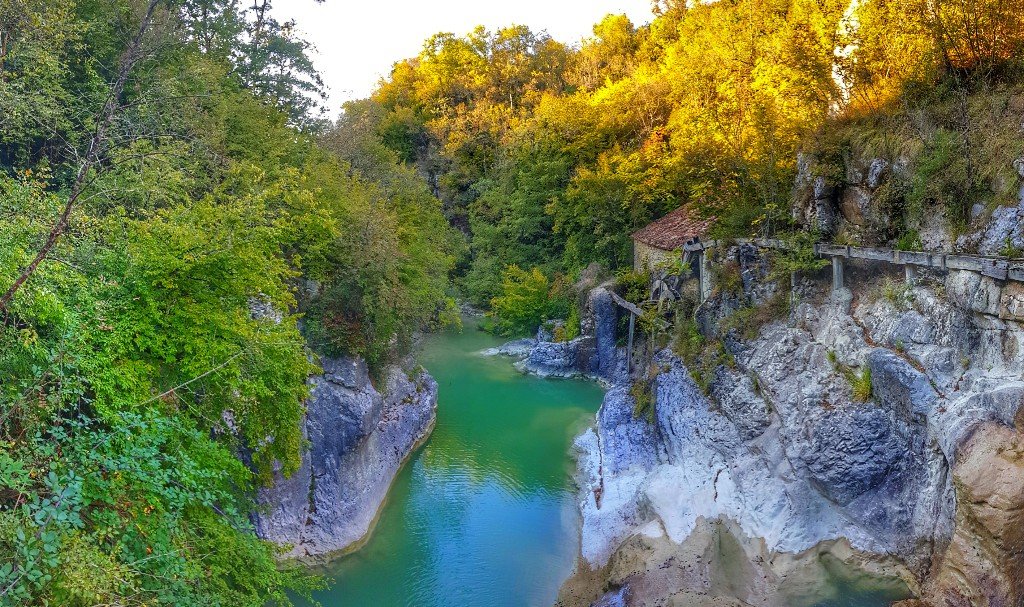 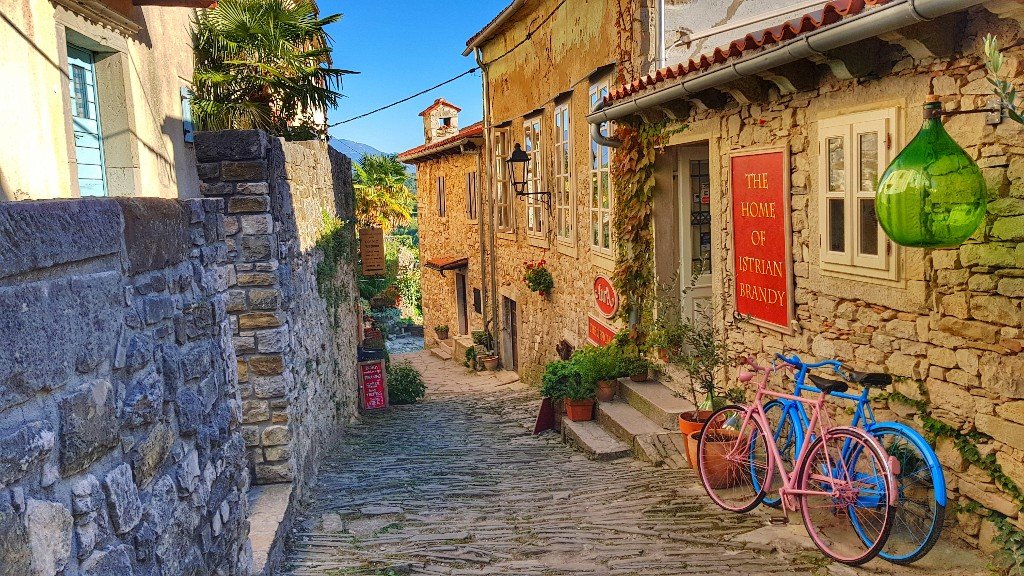 On the road to Motovun on the top of the Hill 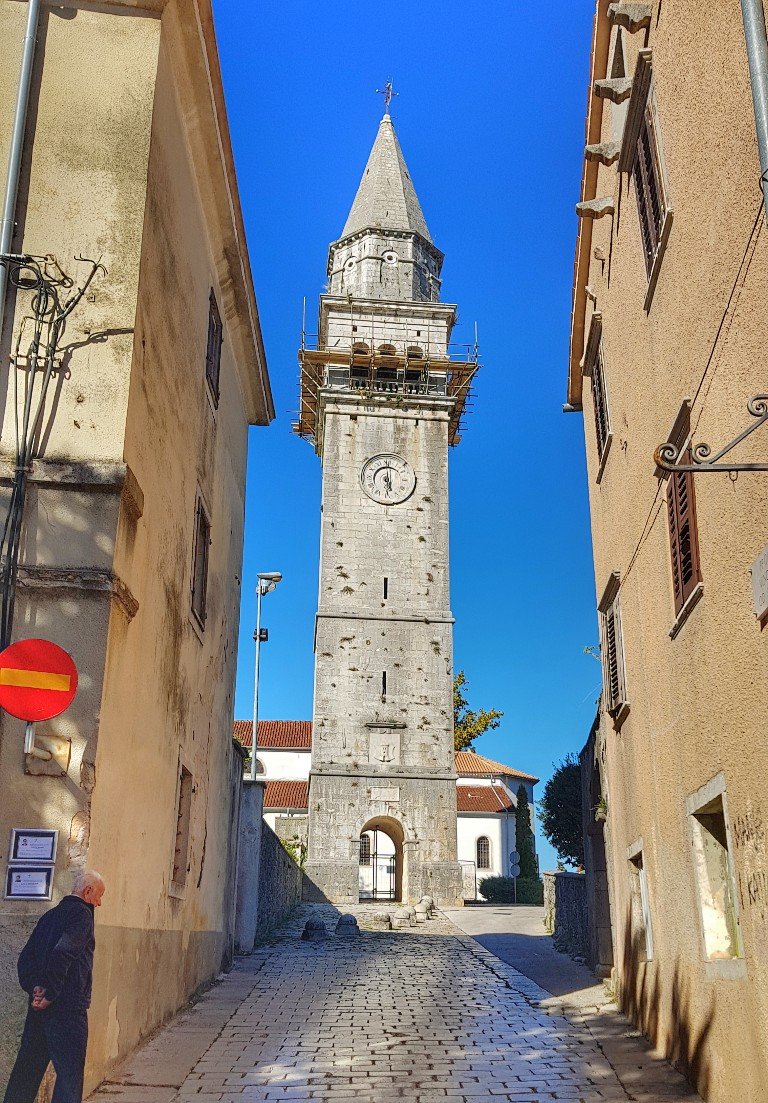 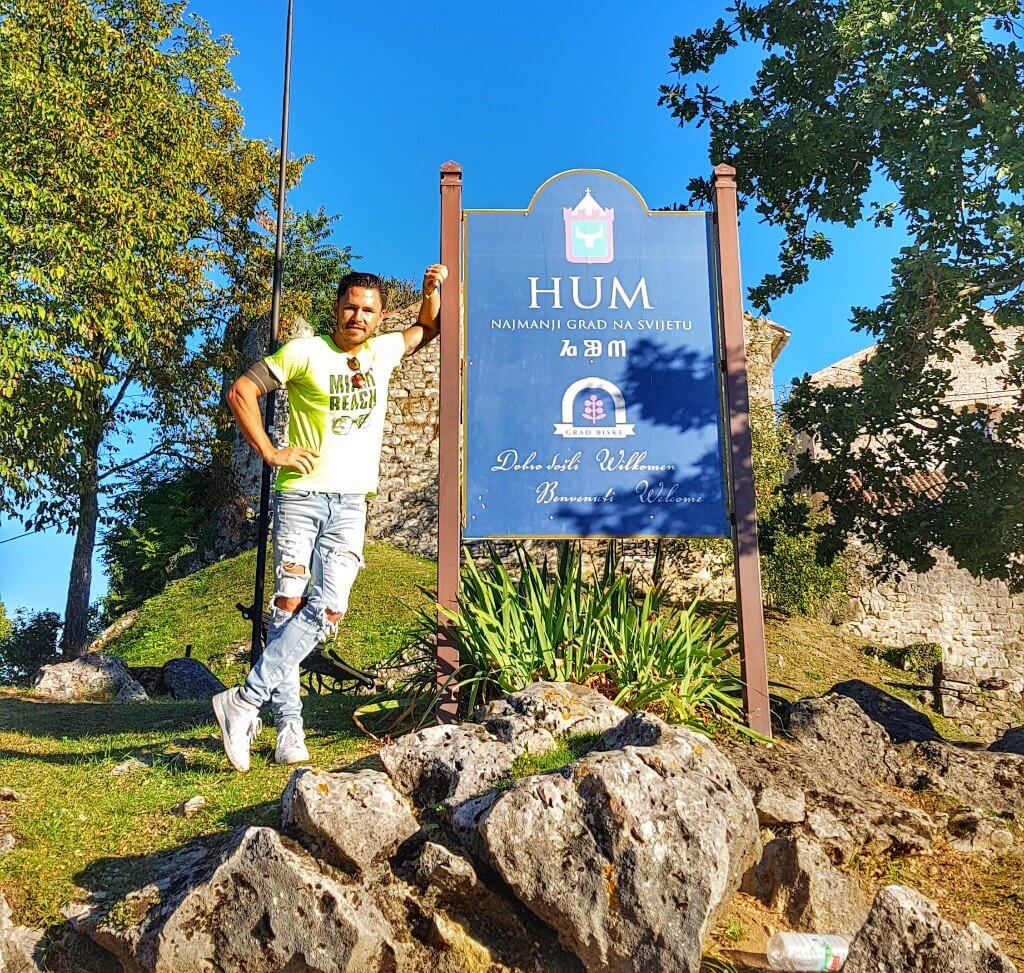 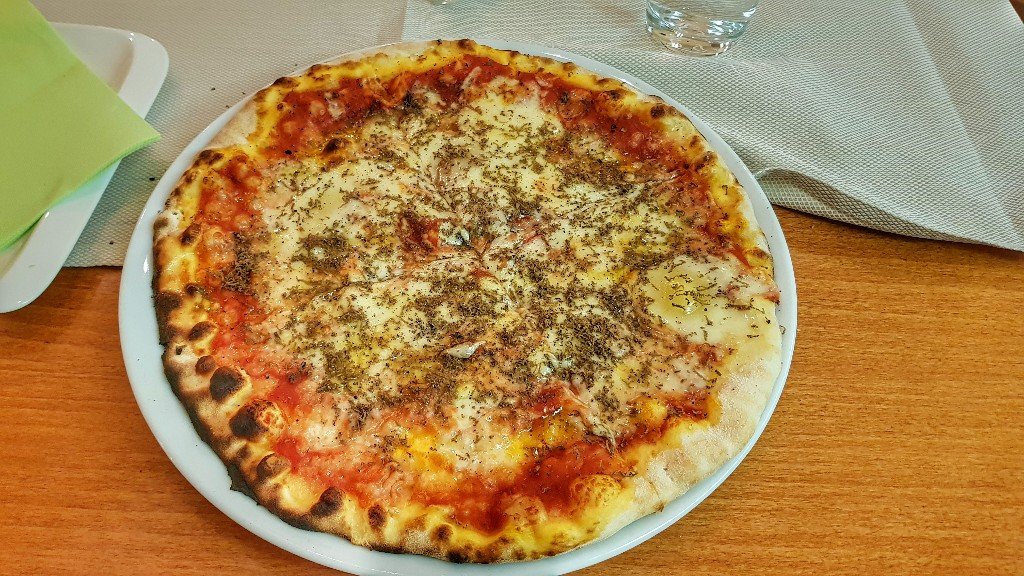 Pizza with White Truffles from Istria 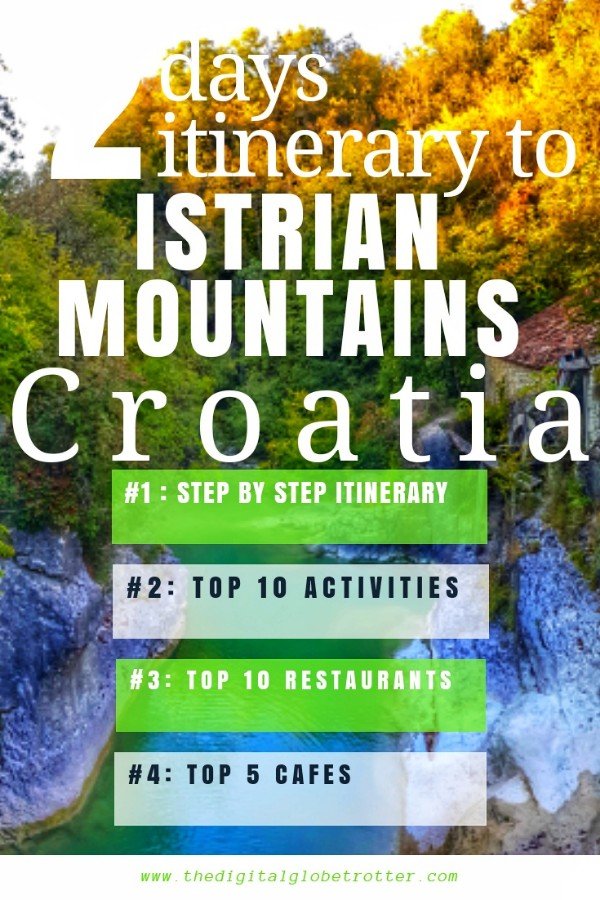 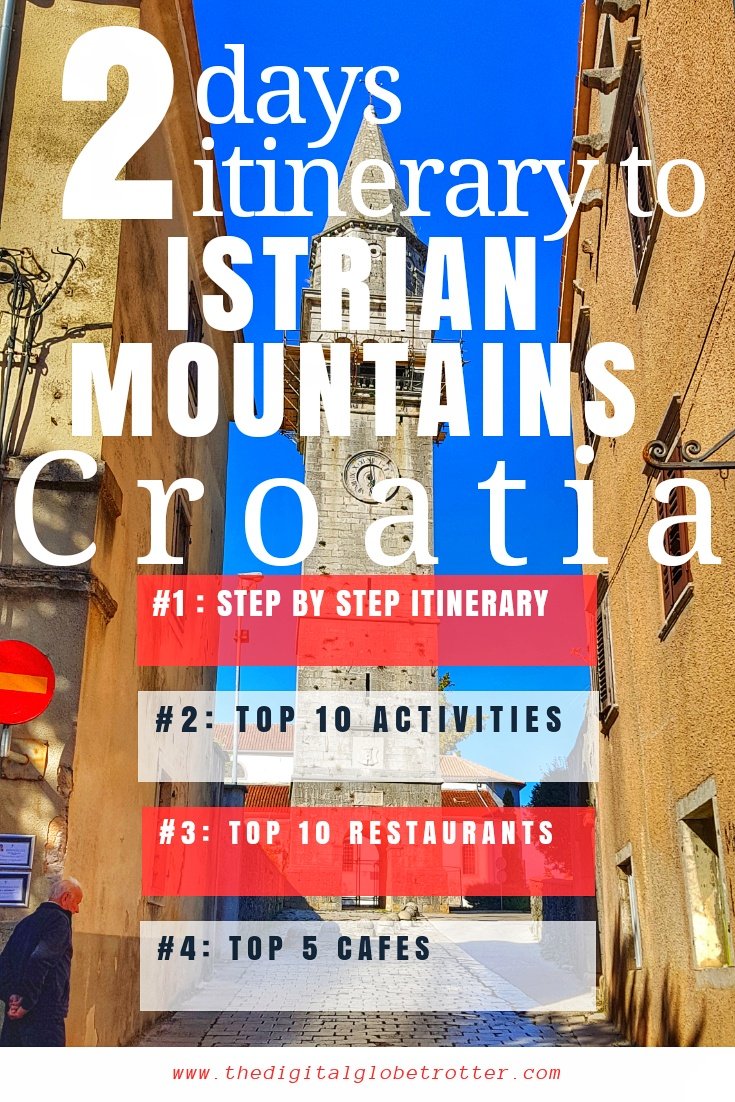