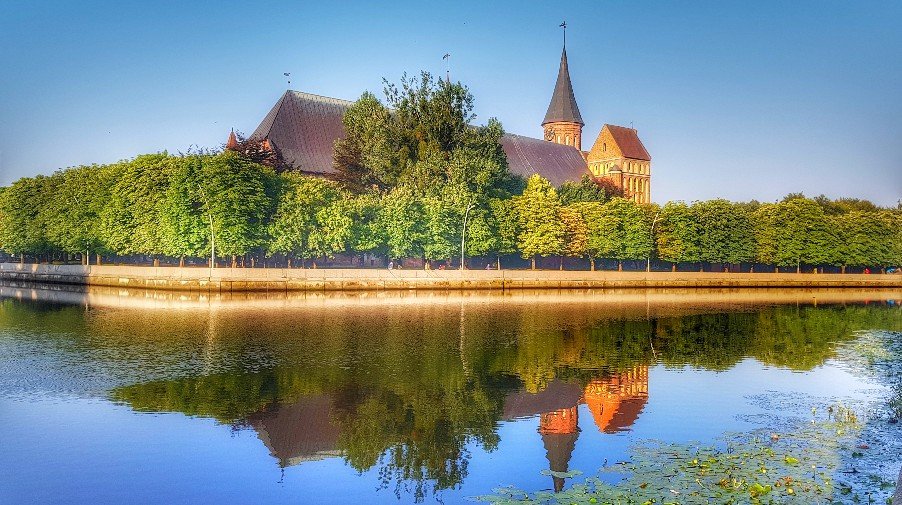 Once a very important city in the Prussian empire and now an integral part of Russia, this little enclave to the baltic sea hold its share of history. Its strategic location between the Curonian spit was seen by several empires to be a must keep area, which explains why it is awkwardly separated from the Russian Mainland. A lot of Kaliningrad was lost during world war 2, which is sad because It was once considered one of Europe’s most beautiful cities. Even St-Petersburg is said to be built on the bases of Kaliningrad.

The Missing Piece of the Baltic States

It’s no secret that I consider the 3 Baltic States as one of my favorite parts of th world. And this is probably why Kaliningrad was so high on my list, as it shares the same attributes as its neighbors. With the Curonian spit north and south, it is home to many species of birds and its nature is stunning, with large forests, large dunes, and long sandy beaches. 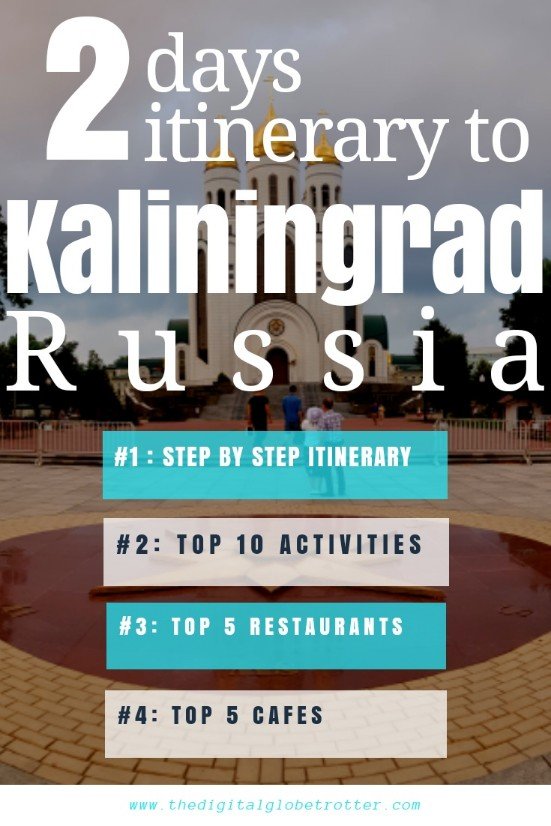 Kaliningrad’s German name before world war 2 was Konigsberg It was then renamed in 1946 by Stalin after Mikhail Kalinin. To me, Kaliningrad is a great example of the superiority of European style architecture compared to Soviet mass construction “practical” buildings. What used to be one of Europe’s most beautiful cities is now a Soviet-style city with little charm, if it was not for the few German buildings that have been rebuilt to attest the remnants of the past. In the center of Kaliningrad, Kant Island is the best example. It was once the center of the aristocracy of Konigsberg beautiful architectural buildings. Today, it is a large park with a few trees and the only building left is the Cathedral of Christ Saviour, which has been rebuilt with funds from German nostalgic ex-inhabitants after the war. There are panels all over the island with pictures of what it looked like before the war, and this to me was truly disturbing. It looked so good back then, compared to now, being a simple park, elevated as it was built on top of the ruins of the old Konisberg. It felt to me a bit like those American movies that take place 200 years in the future where the world is left in rubbles with no more technology, back to a cave-men style of living. To me, Kaliningrad is a giant step backward.

That said, it is still a pretty city to visit, and to Russian standards, I would rank it in the top 5 cities in Russia, after St-Petersburg, Moscow, and Sochi. the beauty of Kaliningrad lies in its nature and a visit to the enclave should include visits to the beaches and the Curonian Spit. 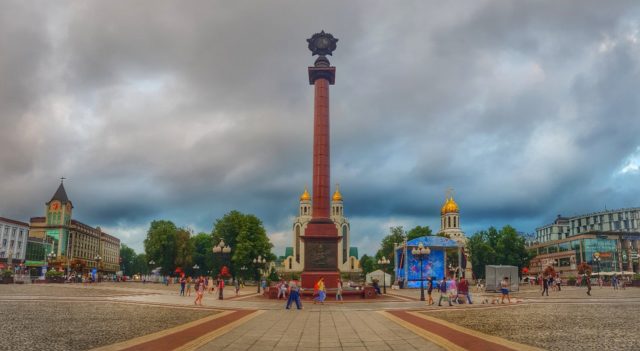 All tours will start at the infamous Konigsberg Cathedral in the middle of the island, where you can admire the Gothic architectural style of the German-built cathedral. Walk around the park and read a bit about the history of Konigsberg before it was destroyed with impressive photography of 1907 when it was still in its glory days. Try to catch one of the several daily organ mini-concerts in the cathedral or if you are lucky to have a concert while you are there you can book tickets just outside the cathedral. Continue the walking tour towards the massive Museum of the World Ocean. In the afternoon, you can go to the epicenter of the city at the Victory Square with its massive triumph Column and the Khristina Spasitelya Cathedral. Continue west on Chernyakhovskgo Street to reach the Amber Museum of Kaliningrad, a beautiful structure by itself and an interesting amber exhibit. Finish the evening to my favorite area of Kaliningrad, walking along the Pregolya river and try one of the restaurants around the German Style houses near the Jubilee bridge.

On the next day after breakfast, take a Taxi and go straight to Fort #5 King Fredric. You can also visit a few other forts around Kaliningrad such as Fort 39. Then, head towards the beach resort of Zelenogradsk where it is packed with beach lovers in the summer. If you have your own wheels or have a tour booked (or even by bicycle) you can visit the dunes in the Curonian National Park with its beautiful forests.

Top 10 Things to do in Kaliningrad 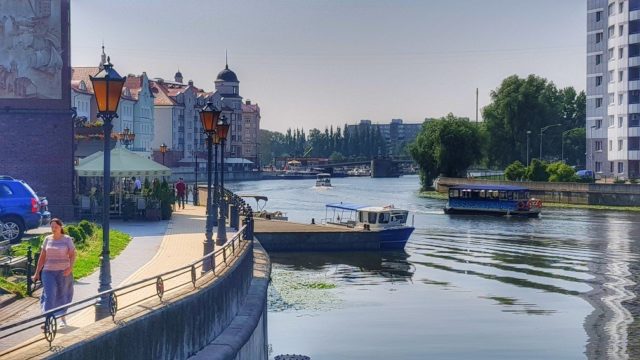 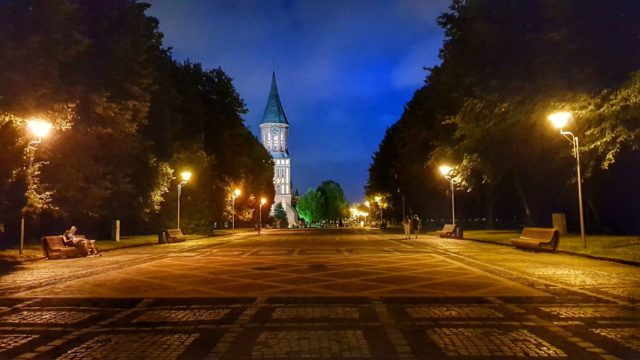 Park around the cathedral at night 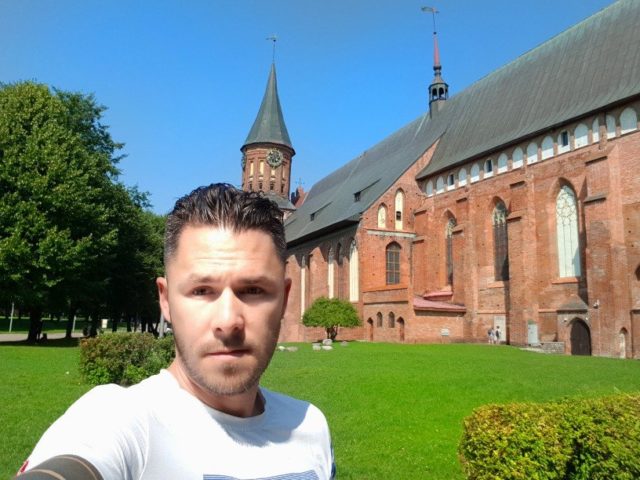 Another view from the Cathedral 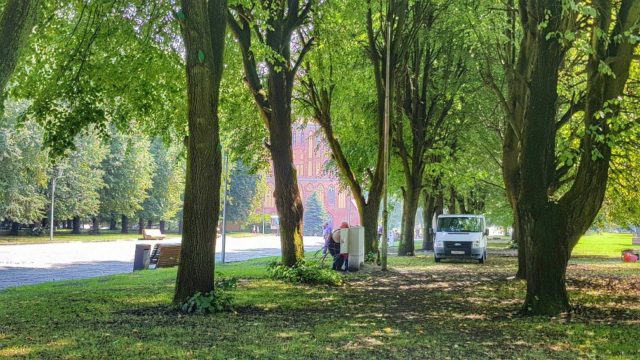 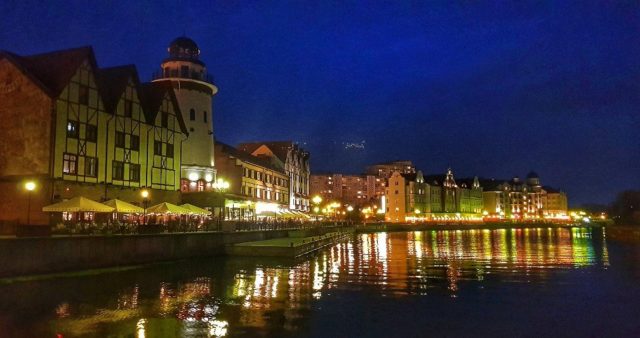 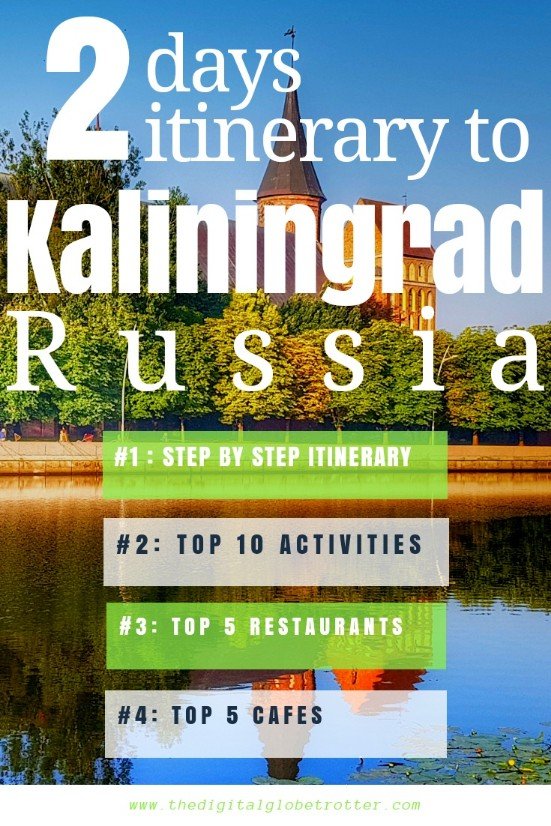 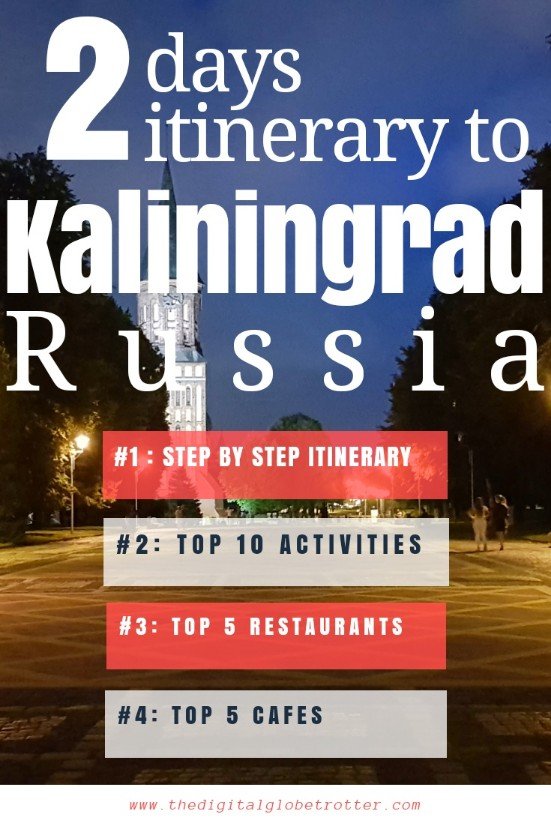