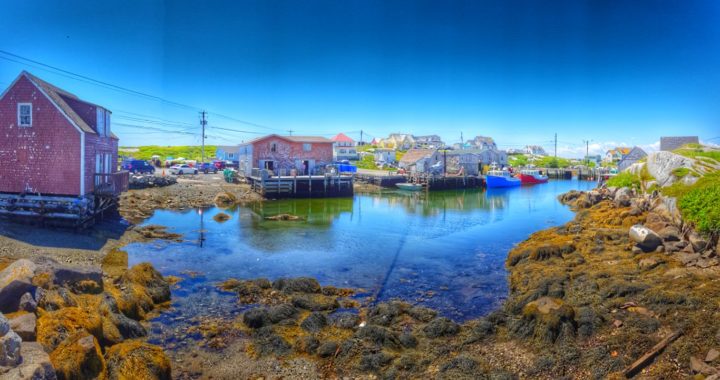 A common thing amongst Globetrotters is to prioritize worldwide travel before discovering their own country. I was one of those until 2009 where I decided to take advantage of a Greyhound deal that proposed 1 week “all you can drive” pass for about 150 CA$. So I left to cross the 6000km from Montreal to Vancouver, stopping in route to several cities of all those provinces in between. Great trip, not the most comfortable, but definitely interesting!

Back in Canada this summer for the first time since 2014, I decided to rent a car for the 3 weeks I had over there and do a nice little road trip that would bring me to some of the best destinations in eastern Canada and the Maritimes, in a little more than 4000km. 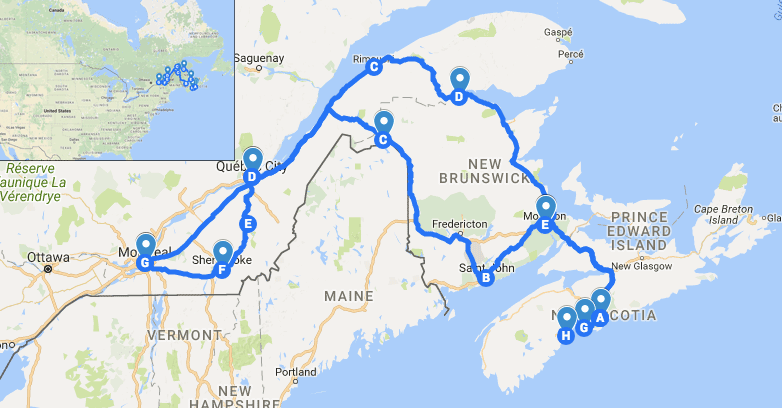 Itinerary on my Eastern Canada Road Trip in 3 weeks

As seen on the map, I left Montreal and set base in Quebec city for a week to see friends and family. I then crossed all the way to Campbellton, my childhood town where I lived 5 years from 5 to 10 y/o. It is a bit small to spend more than 1 day, with not much to do, but was of special significance to me, bringing me many memories while seeing my old house, my old primary school, etc… This is where I spent the 1st of July marking the festivities of Canada’s 150th anniversary.

Next stop was Moncton and specially Shediac, where I always wanted to try the lobster festival. Definitely, one of the best lobsters I have tried around the world! 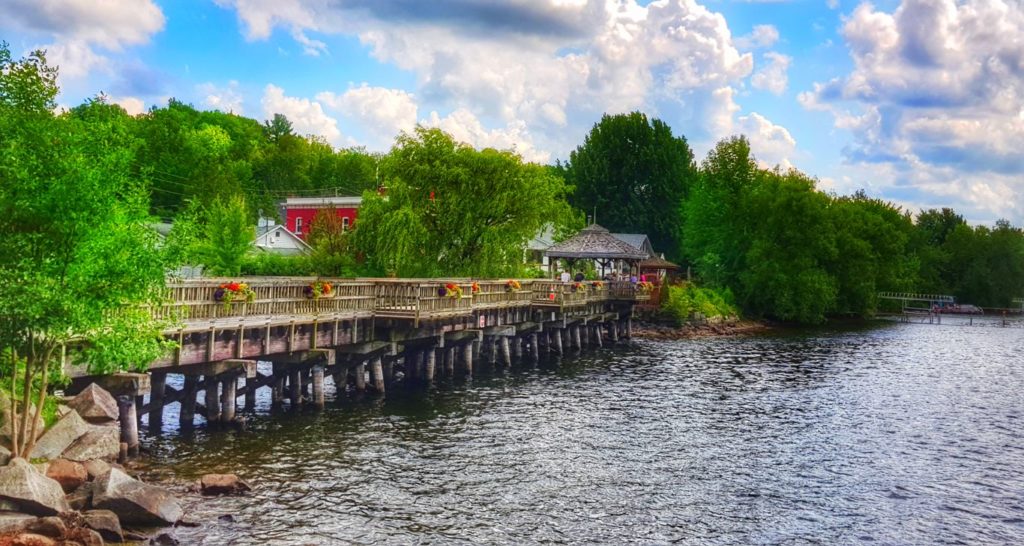 The highlight of my trip was Nova Scotia, starting with Halifax. Halifax has gained a lot of interest with cruise ships stopping there on their New England Route, and I wanted to stop by to see what the hype was all about. For a small 200000 people city, I must admit Halifax is a very pretty city, lots to do and have some sort of fisherman town feel to it. I then went to tourist areas of Peggy’s Cove and Lunenburg to have a visit of these iconic tourist destinations, well worth the drive.

Next stop was St-John’s New Brunswick, home to some of the highest Tides in the world, set on the Bay of Fundy. I kind of liked this town has a very Irish feel to it (it was actually settled by several Irish immigrants). On my way back, I stopped one night through Edmundston, then back to Quebec City on the way, and went back to Montreal through Sherbrook, the city I studied at University.

Overall, it’s a very nice road trip and recommended to anybody wanting a quiet holiday in small towns, especially during peak season around July and August for best weather conditions. 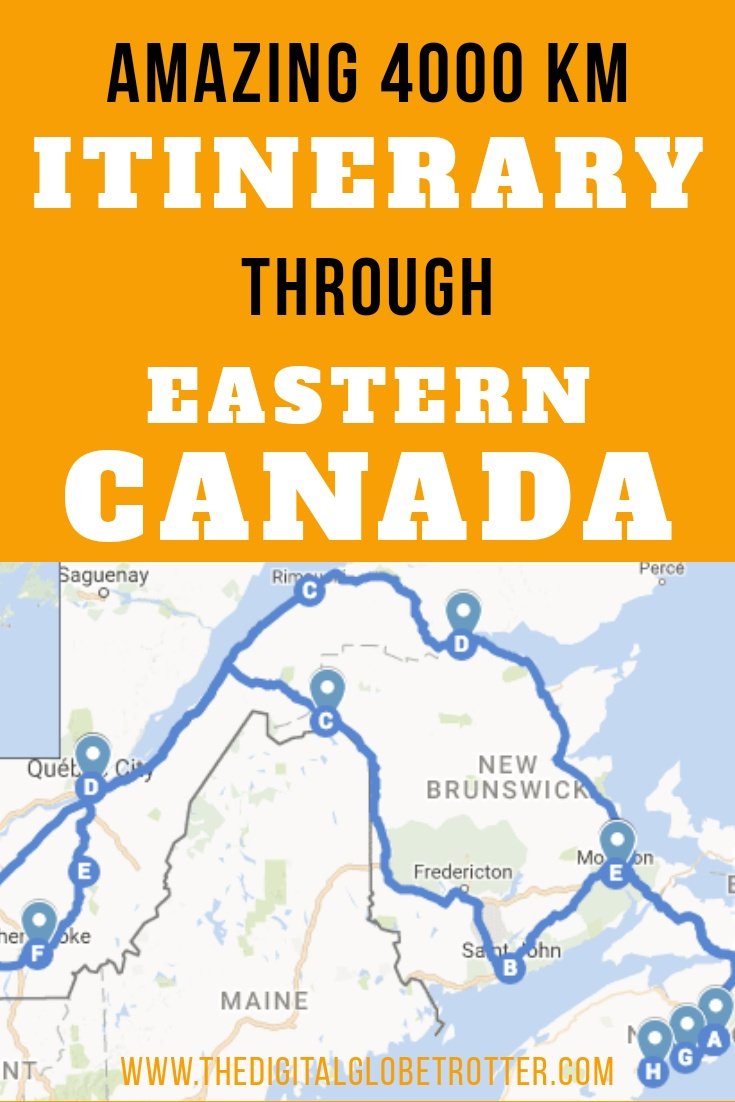 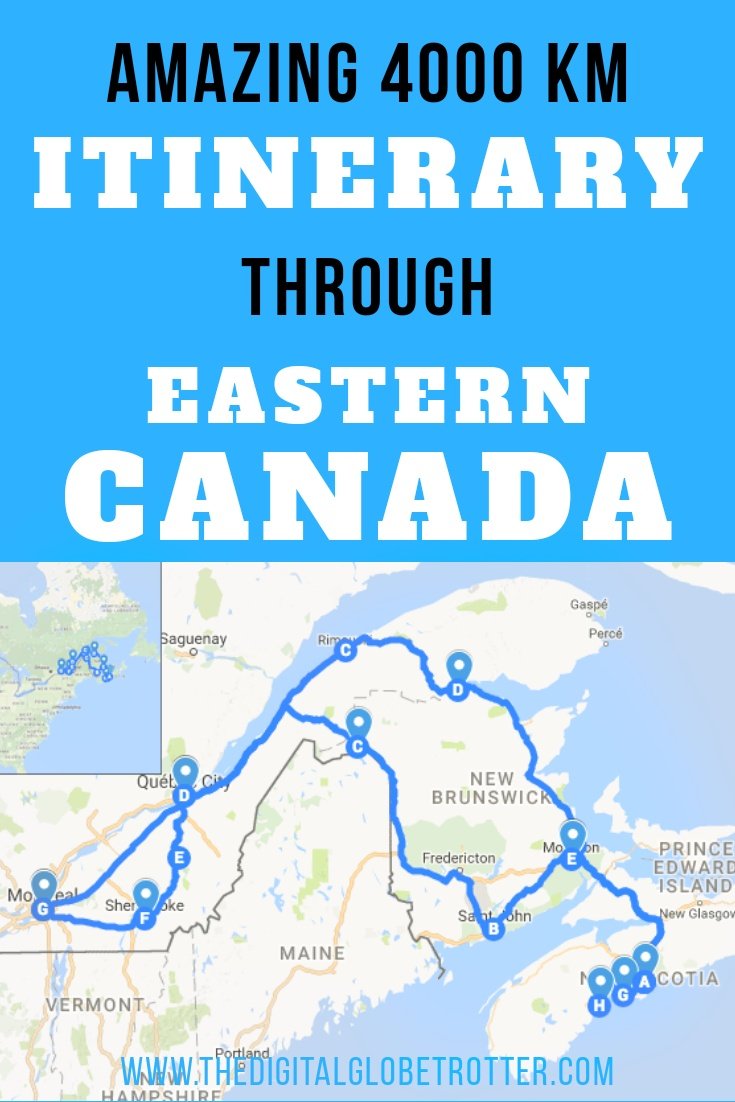 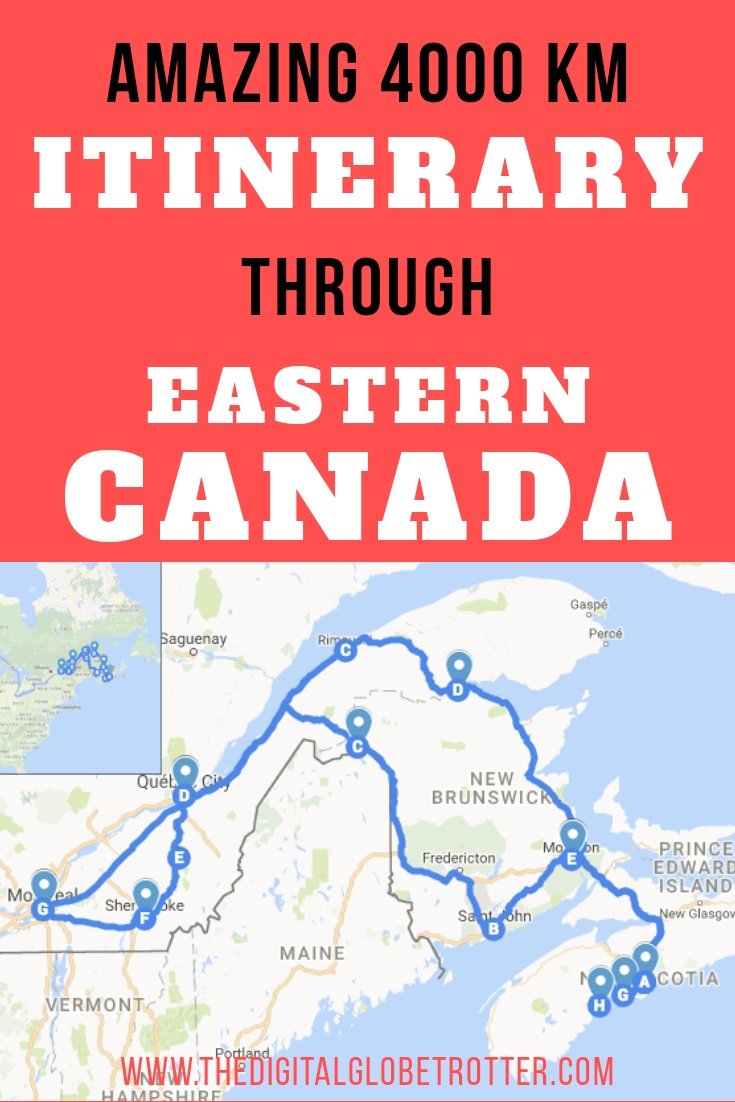