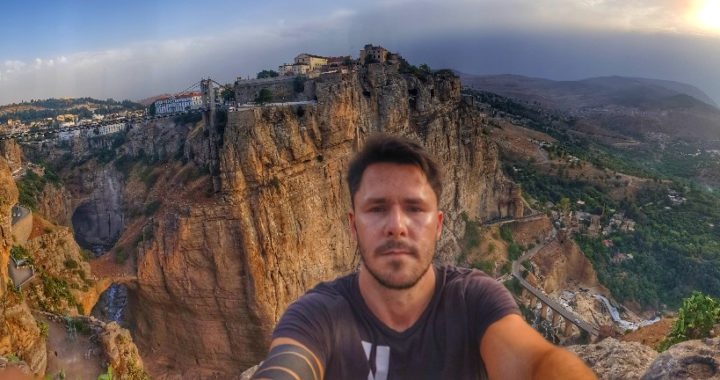 I decide to come to Algeria this year because I was coming back to Canada and since they only allow visas to be obtained in our home country, it made sense to request it at the same time. So it took me 2 weeks and I had my 10 days Visa freshly printed in my passport. I then bought a multi-destination ticket to be able to arrive at the western extremity in Oran, and fly out from Constantine, third city and at the other eastern end of Algeria. This way I was able to travel through the whole country from west to east and see as much as possible of the northern Mediterranean coast, in 10 days.

Oran was a great city to arrive in. It is a little more wealthy than the average city in Algeria and easier to set foot. With the help of my friend Ilyes who warmly received me for 3 days, we visited the most important places around Oran, including the Spanish made Fortress of Santa Cruise on the top of the mountain surrounding Oran, as well as the Beach Areas which were packed on a Friday of mid-august summer holiday season. I was also glad to come back to the region to enjoy some more Magrebean specialties, like Dates, sweets and Specially Couscous, one of my favorite meals and Algerian make it as good as Moroccans.

On my 4th day, I took a train to Algiers, the country’s Capital. Beautiful French Grandeur architecture, with a flavor of Muslim architecture and a touch here and there of Ottoman architecture. Overall, the mixture is Breathtaking! I was very impressed by the grand boulevards and arched buildings reminding me of the French Capital, with a Mediterranean touch, and even voted Algiers my new Most beautiful City in Africa over the 36 countries I have visited on the continent so far. On my third day, I had a little escapade outside the city to Tipaza about 100km outside the city. Tipaza is an ancient Romain city dating 2000 years back and even though they aren’t as impressive as some others in the country, the setup is pretty impressive, set on the shores of the Mediterranean, reminding me of the Aztec ruins of Tulum in Yucatan, Mexico. These guys really built themselves a little paradise! 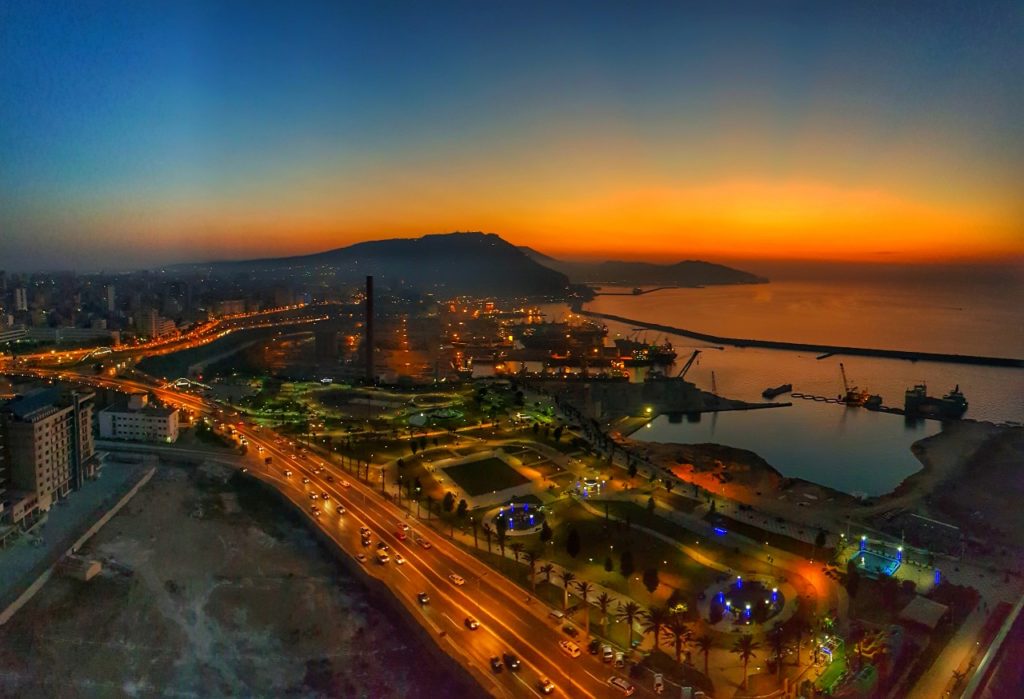 I then crossed to the east side of the country to Constantine with the slow train. I had been told it was a nice place, but that was an understatement to the surprise I received when I first saw the old town sitting on top of 175m gorges with all its bridges hanging over. I was stunned by the beauty of Constantine! These moments where you are happily surprised of the unexpected is the very reason that keeps me traveling. I travel to unknown places not knowing what I will discover, but eventually, I do and this is like “Food to the Hungry”. And this is one of the places I will remember forever! I hope I managed to represent in well through my pictures, but doubt it will be possible, as it has a 360 degrees perspective where photography is just not powerful enough to express the feeling of the moment.

My last day was spent to Timgad, the Unesco Protected Romain ruins which I was most excited to visit. It is a full-scale Romain city that was unearthed after being covered in sand for centuries! It can be compared to Pompeii in Italy as it is one of the most complete Romain city that can be found in the world. and yes, it is impressive! I spent the day roaming its streets up and down, pretty much alone in the whole site! That is incredible, considering the value of such a place! It was pretty hard to reach the site on local transport, about 150km south of Constantine closer to the Tunisian Border. But boy was it worth it! Almost all of the buildings are destroyed (except one of the gates) but all of the infrastructures is still in place, so in 2D, you basically are navigating through a real Romain city and I managed to really immerse myself through time and feel myself 2000 years back. Timgad was also built as a paradise city for retired Romain soldiers and thus was built to accommodate them in the most luxurious way. This is Better expressed by a graffiti that was left on the steps of the Forum by one of its Romain inhabitants: “VENARI, LAVARI, LVDERE, RIDERE. OCC EST VIVERE” (To hunt, To Bath, To Play, To Laugh… This is Living!”)

Easiness of traveling as a tourist in Algeria is a mixture of easiness and pain. First of all, the painful part is that some areas are just very hard to reach with normal transport, like my adventure to Timgad which required 7 transport changes… At least it is very cheap to travel so that compensates. Trains are also very slow, stopping in every little town and making 300km journeys in as much as 10 hours… On the other hand, the people are extremely nice and helpful to the foreigner. This is definitely due to the fact that there is practically none, so we are pretty much always “off the tourist track”. With this in mind, most Algerians have almost never encountered foreigners and this creates a WOW factor, contrary to other tourist neighbors like Egypt, Tunisia, and Morocco. This has the advantage of creating a peaceful setup where shop owners don’t try to harass the tourist (pretty much never happened in my 10 days) and people in the street see you as just another person, not a “ Walking Dollar” where they should try to grab. I loved that.

Another interesting fact about Algerians is the ethnicity of their people. Algerians are mostly a mix of Arabs and Berbers, with ancestors having also mixed with Phoenicians, Romains, Vandals, and Visigoths. More recently and with a lesser extent with the Ottomans, the French and the Spanish. So they have been extensively mixed through the nations who have occupied their land over the years. The Berber people especially around the Berber state of Kabylie are very light skinned, have colored eyes and various tints of hair, all the way to several of them being carrot colored redheads. This is a good thing for Caucasian tourists because it is easy to blend in, making us less a “target at first sight” than in some other countries, which made me feel very safe at all times. I could easily walk down the street and attract very few curious looks from others, making me feel more local and less like a Martian like when I am in cities in sub-Saharan Africa. Out of the several historical sites I visited, 3 of them had a different price for foreigners and in all 3 of them, I always paid the local price. With a nice “Salam!” (hello) and “Shukran!” (thank you) accompanied with a smile made wonders, 100% success rate! I am not sure if they just didn’t care to sell me the higher priced ticket or they just thought I was another Algerian or Algerian French… who knows. 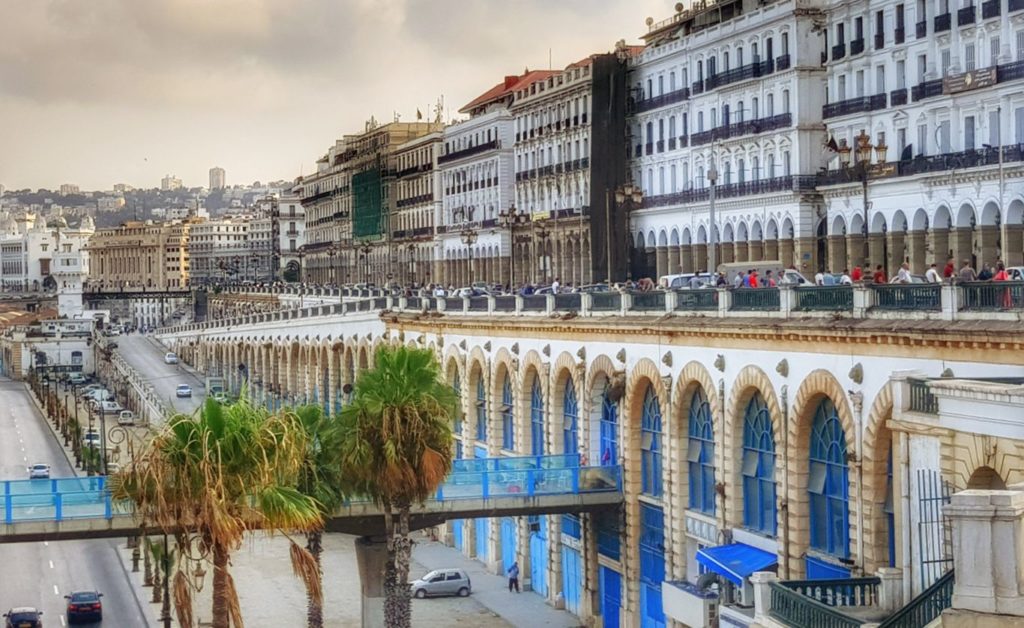 Overall, My 10 days in Algeria were well worth it. I was impressed by what the country has to offer on its northern Mediterranean coast and will keep the south of the country for another trip for sure! The south is supposed to host the best sights of the country, and if that statement lives to what I’ve experienced in the north, It is definitely very high on my list! 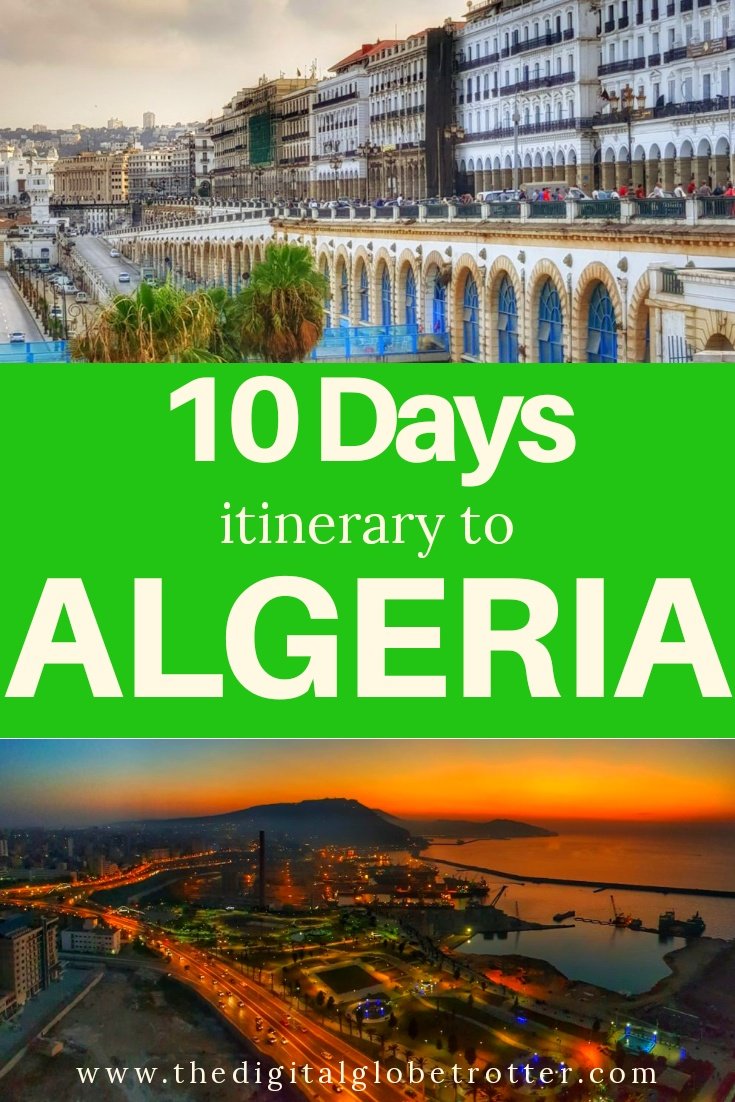 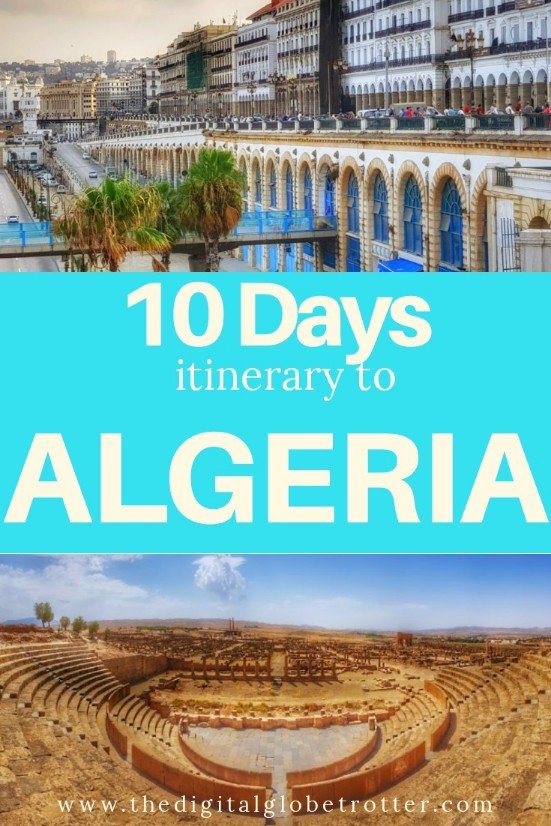 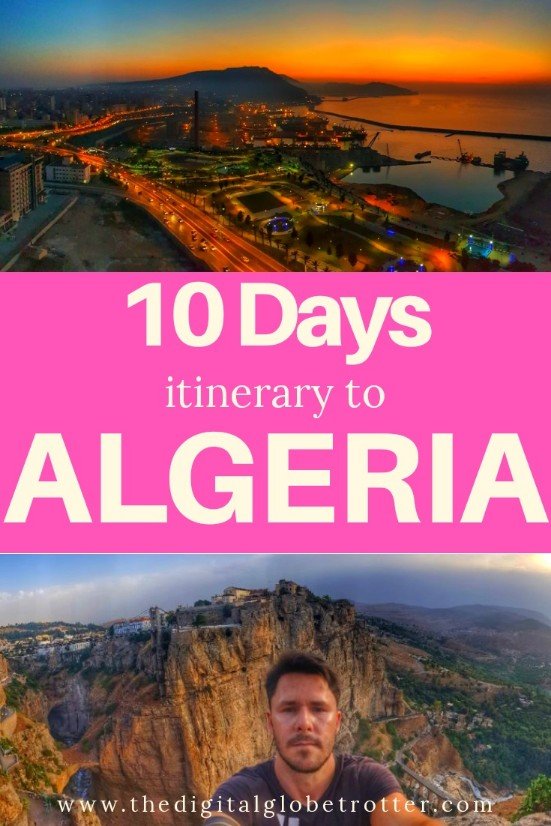