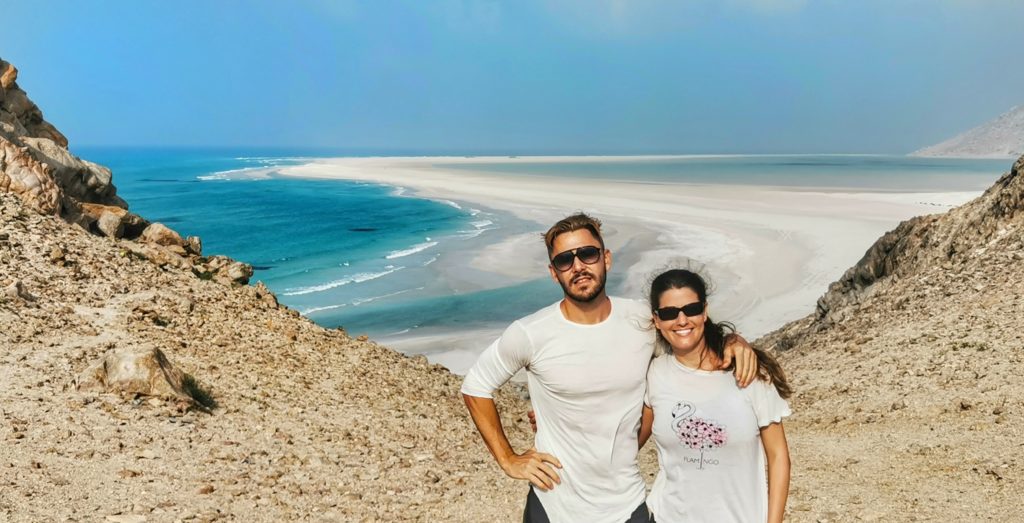 Plunged into a Civil war since 2015, Yemen has been a difficult destination to visit on my quest to reach every one of the 196 countries of the world. I have been waiting for years to be able to go to Sana’a, the cultural capital of Yemen. But as I was planning to come in 2014, it became more and more dangerous for foreigners. It became too risky to make it to the country and soon after, the country fell into a never-ending war which is still raging strong at the time of writing this article. But even during wartime, there are always workarounds to enter a country. So how was it possible for me to spend a whole week in Yemen in 2019?

The Secret was to go to Socotra, an island which is part of an archipelago of 4 islands located in the Arabian Sea, right on the tip of the horn of Africa. When I visited the island in November 2019, the national Airlines Yemenia had just a few months prior resumed its flights to the country and it is now possible for tourists to requests visas to visit the island. There are a few companies that offer to take tourists for a hefty fee on an organized tour for a week-long journey across beaches and mountains, visiting caves and incredible gorges on the way. The island is known to be very safe even in those times of war on the mainland, specifically because of its secluded location. 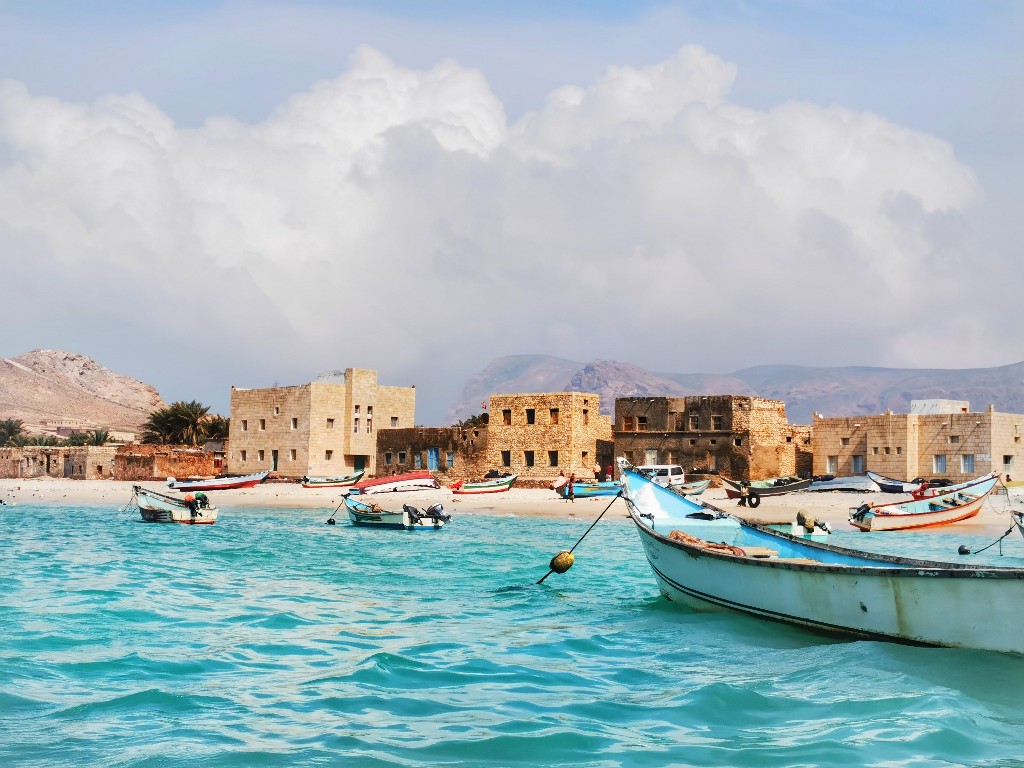 Even though Yemen is located in the middle east, Socotra is actually part of the African Continent and is only 150 km away from Somalia. Socotra is also known as the Galapagos of Africa as it is home to a high number of endemic species. Almost one-third of its plant life is endemic to the island, which makes it feel like you are arriving on another planet! 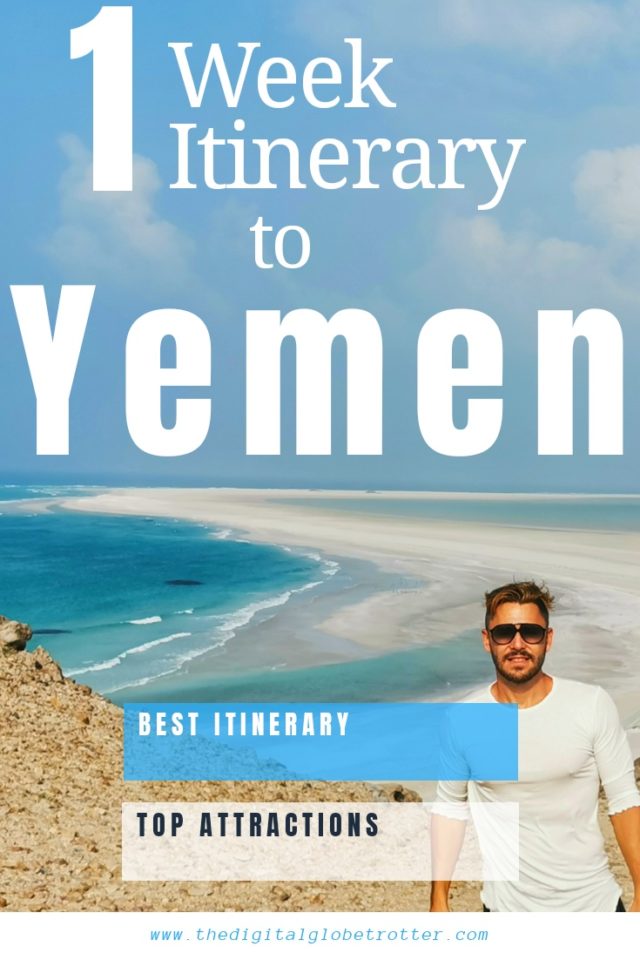 The scenery is absolutely incredible, unique and completely different from anything I have seen anywhere else on the planet. It has been described by George Wynn Brereton in his book The Periplus of the Erythraean Sea (1980) as “the most alien-looking place on Earth.”, which I can only agree with. After 194 countries visited, I did not expect to find a new place that would blow me away such as Socotra. Two other world travelers that were part of our expedition to the island agreed to the same findings. Socotra holds currently one of the best scenery I have seen on earth. But with such a hard political situation in the country, it is no wonder so few people get to hear about it. 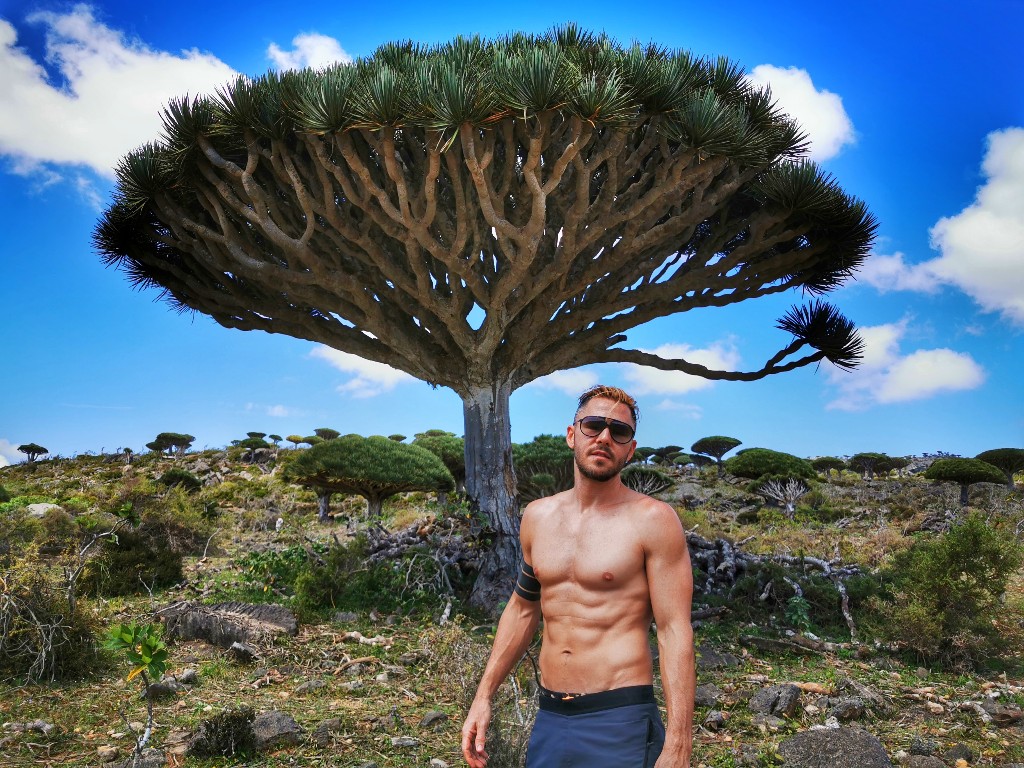 One Week Exploring the Island

All tours to Socotra take a minimum of seven days since there is only one flight weekly that reaches outside the country, all the way to Cairo in Egypt. With a population of only about 60 000 inhabitants and measuring only 132km/50km, the island is just the perfect size to roam around with a jeep. Since there are only 3 small hotels on the islands, the preferred way to accommodate tourists is to camp around its incredible sites. One day we camped on a beach under a massive 50-meter sand dune on the edge of a cliff, the other we camped high in the mountains overlooking a gorge, another day we enjoyed the incredible scenery of natural lagoon on the sea. Each destination is special in its own way and one week is just enough to get a good taste of what the island has to offer. Local people are also surprisingly very welcoming, with kids jumping on the opportunity to interact with foreigners as soon as they can, with big and repetitive “Hellos”! An effect of a curious population as well as the scarcity of tourism coming to this remote island. 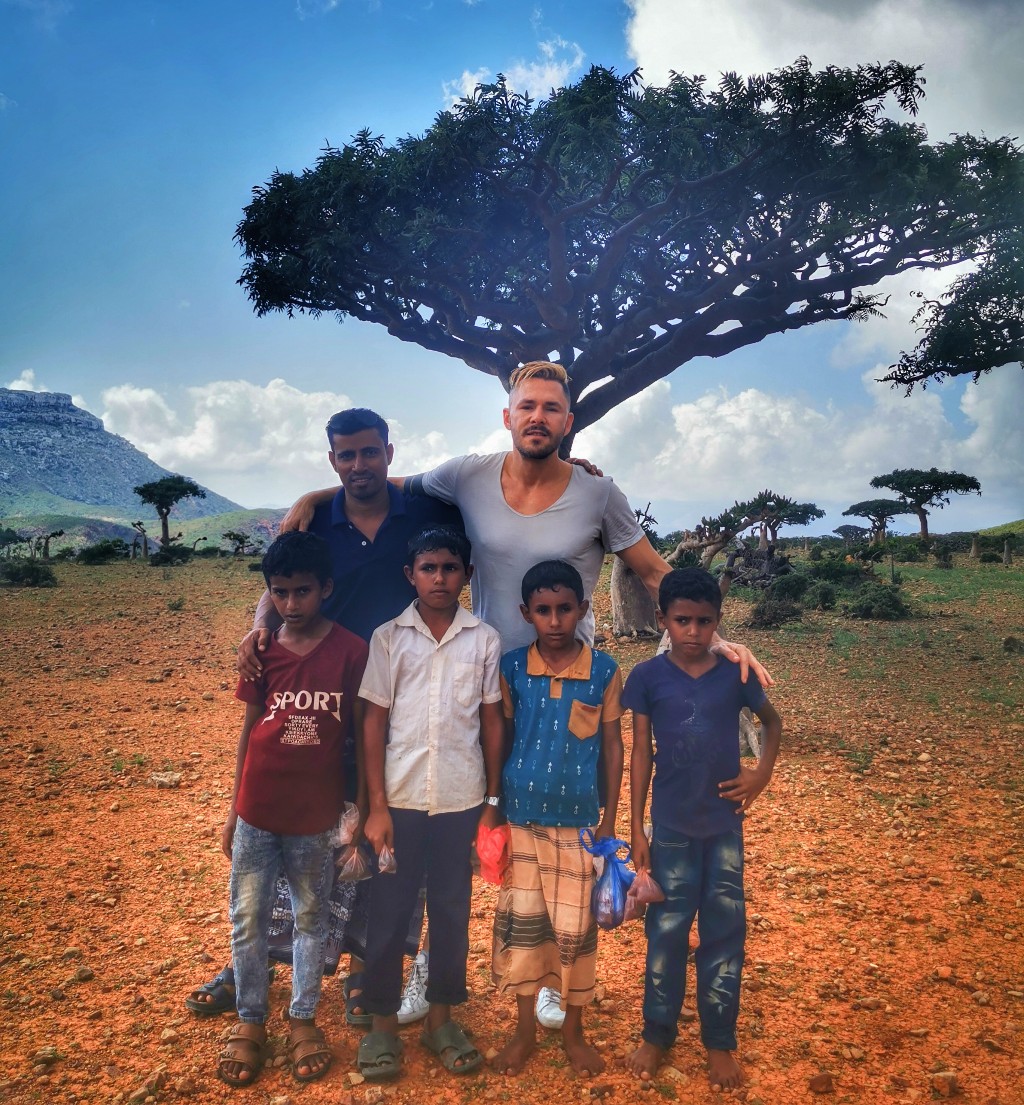 The Fragile ecosystem of Socotra

With the current political situation in the country, its future is still very uncertain. Just a few weeks prior to my visit, a third player in the Yemeni civil war, the UAE backed Southern Transitional Council and its Security Belt Forces, were active on the island and there were even fears of a coup as the Southern Transitional Council wishes to separate the island and a part of South Yemen to make it an individual country. Some locals even talk about the possibility that the island could join the UAE as the Emirates is actively financing their separation from the Yemeni Government. As things are still very volatile, I saw an opportunity to visit the island before the window closes yet again and having to wait another 5, 10 years to visit the country.

The other issue of increasing tourism on the island is its delicate ecosystem. The island is still so virgin that a slight increase in tourism could directly impact on the fragile landscape of the archipelago. When visiting, we were not more than 30 foreigners on the whole island, and I cannot imagine how it could accommodate much more at a single time. The effect of pollution can already be heavily felt on the island with trash found pretty much everywhere on the island, with plastic bottles littering on every corner. Hadiboh, the capital of Socotra, feels like an open-air dump, with piles of trash all over the place. I have rarely seen any town in the world with that much trash in every corner… A definite sign that something needs to be done to the UNESCO protected island if we want to preserve its beauty. With the Civil war on the mainland, funds are just unavailable to protect its nature. The worst danger to the endemic plants is actually the goats that roam the island in large quantities and eat the plants. Farmers send them free to eat and destroy all those previous and unique plants… a pitty… 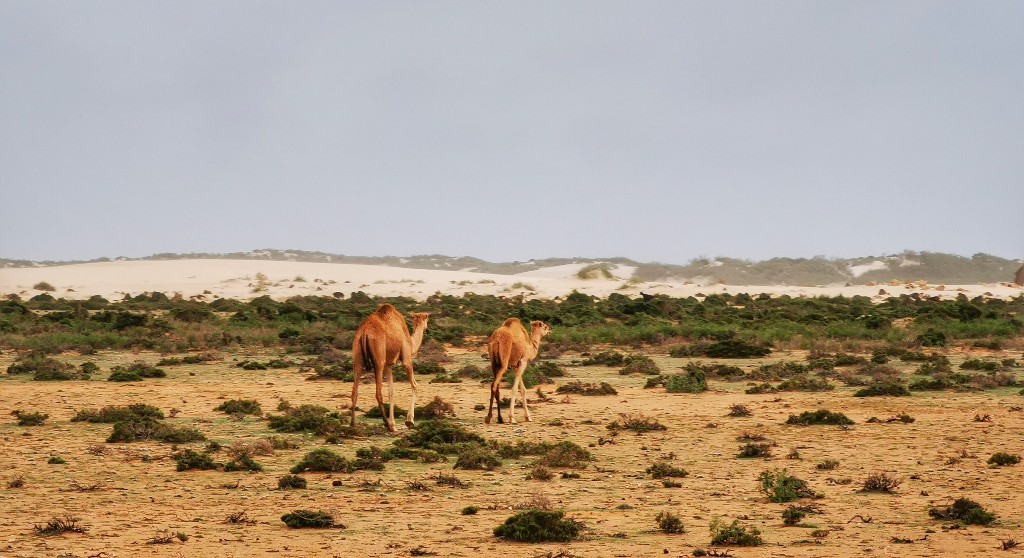 Camels wondering through the desert scenery

Should you visit Socotra?

Yes definitely. If you are ready to take the risk of flying to a country in the middle of a civil war, and you can afford it. Currently, there are a handful of companies that offer tours to the island, where everything will be taken care of. From visa issuance to vehicles, to camping gear, to food. But some companies seem to take advantage of the hard situation and obligation to go through them to be able to reach the island. Prices for a one-week excursion ranges from 2500 USD to 4000 USD. One Canadian company even charged around 5000$ for the tour, which is way too much, as all the companies offer pretty much the same product and hirer the same local guides. I recommend tourists to shop around and compare the tours on offer, and definitely not pay more than 3000 USD for a Week tour among a group (including the expensive Yemenia flight).

It is an expensive expedition, but one of the most rewarding experiences I have had in a long time. Think about some of the most beautiful beaches in the world, some of the most unique flora available anywhere on the planet, Amazing coral and Sea-life, crystal blue waters. And the list goes on. Everybody leaving Socotra is invariably leaving with a bag full of unforgettable memories. Memories which will last a lifetime…

On this trip, I had the chance to travel with other world travelers that have been to almost every country in the world as I have. Together with Ana Arnal , a good friend of mine for years and one of the most traveled women in Spain (154 countries visited so far), we met with another world explorer Jaime Aleman (191 countries visited) and his daughter Ana Sofia (about 120 country Visited), both from Panama. An interesting thing is that we have all agreed that Socotra is one of the most beautiful places we have seen in the world. And coming from a team of travelers who have seen almost every country on earth, it is definitely a statement that gets a lot of credibility! 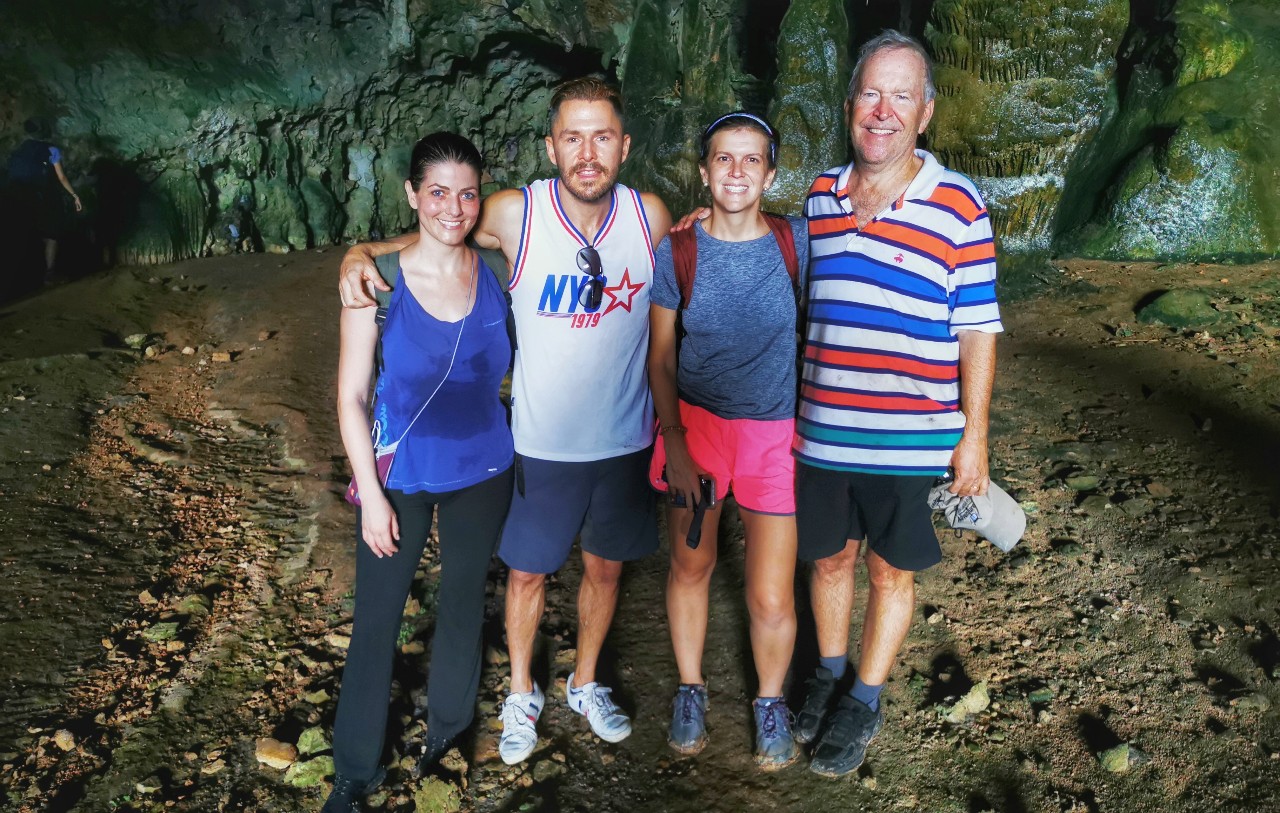 Final thoughts on my Trip

As for me, I can say I am happy I have been to Yemen, but I still have itchy feet to visit Sana’a. This will need to be at another time, as the city is currently held by Houthi rebels and in a very unstable situation. With this in mind, I can only sit back and say: “I’ll be back…”. 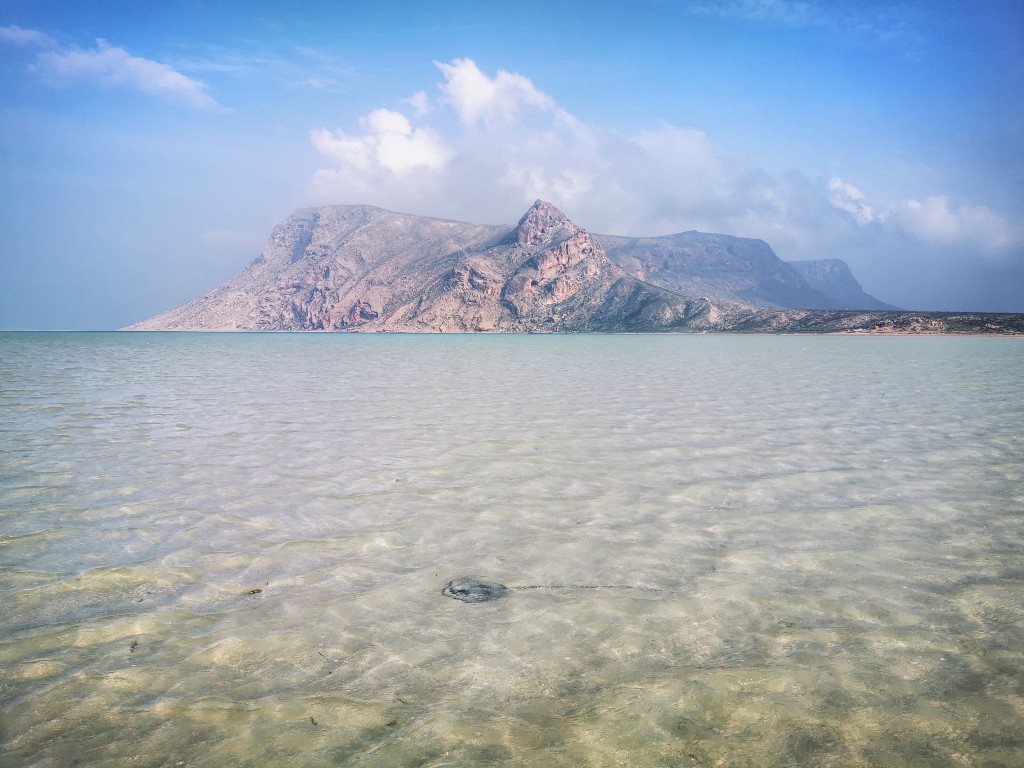 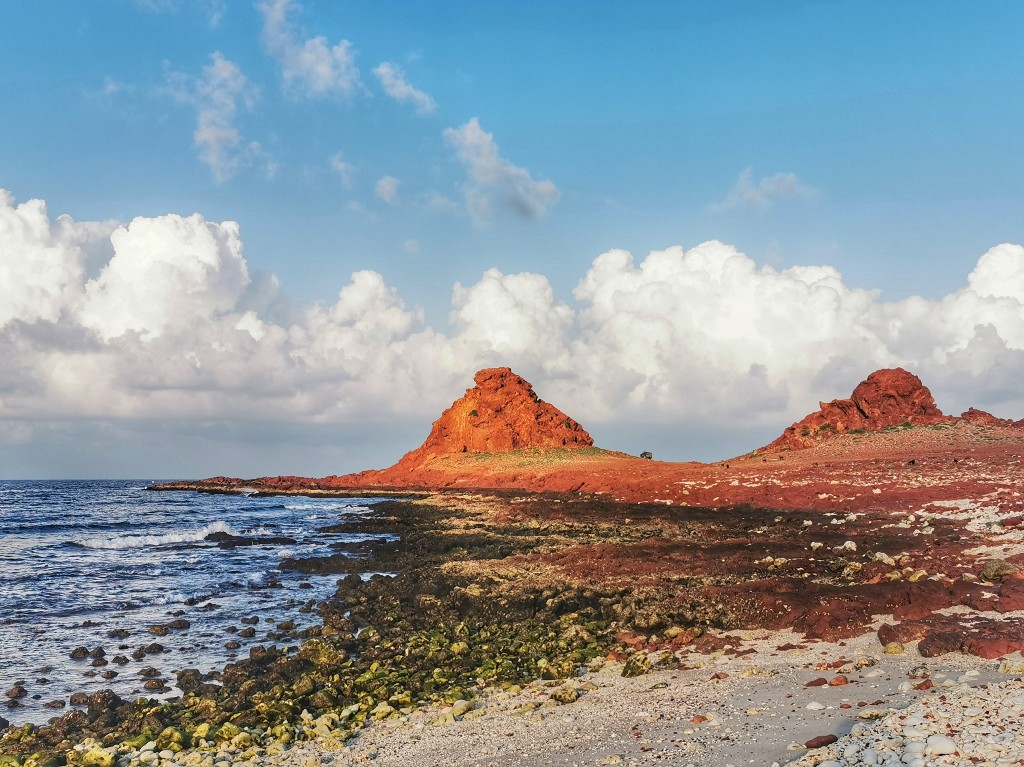 Shores of the East side of the Island 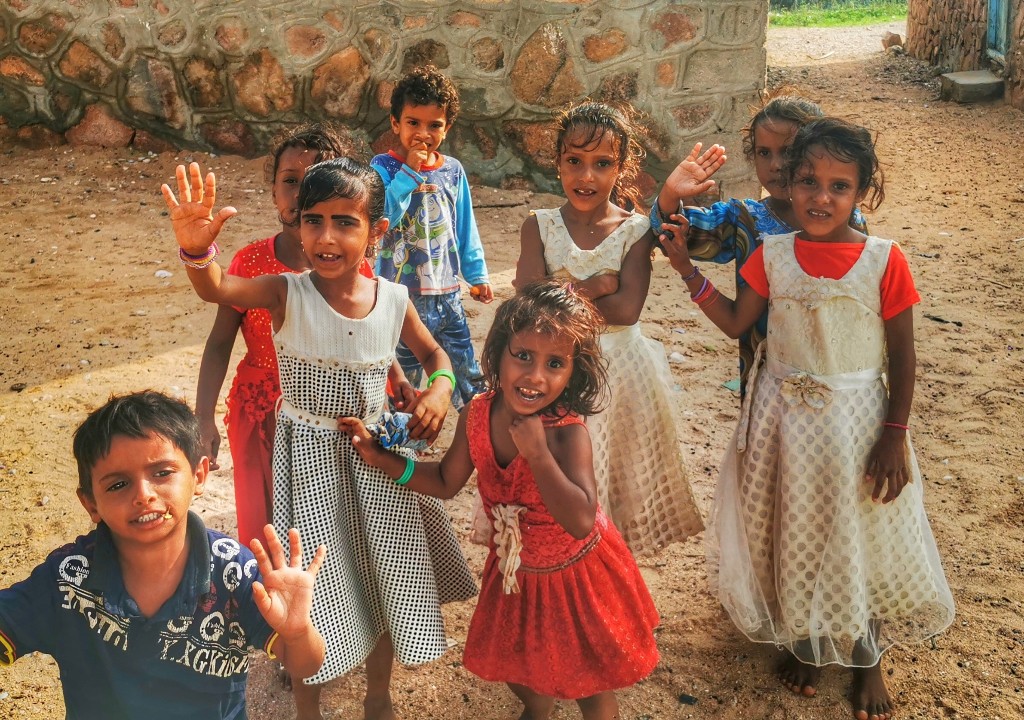 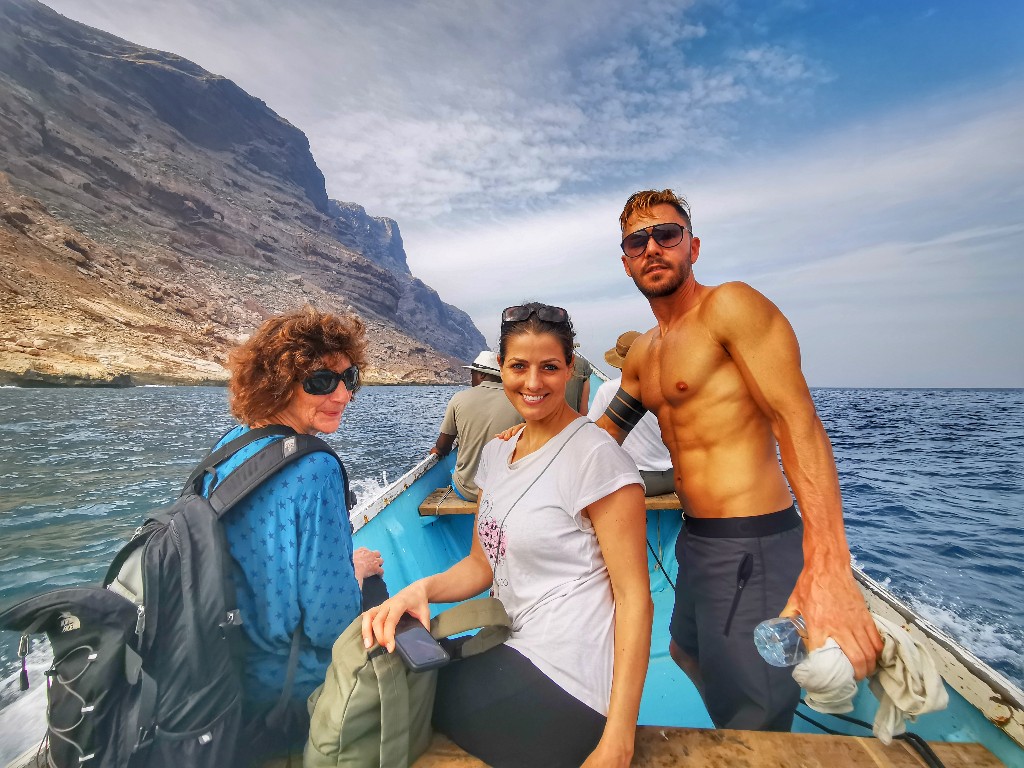 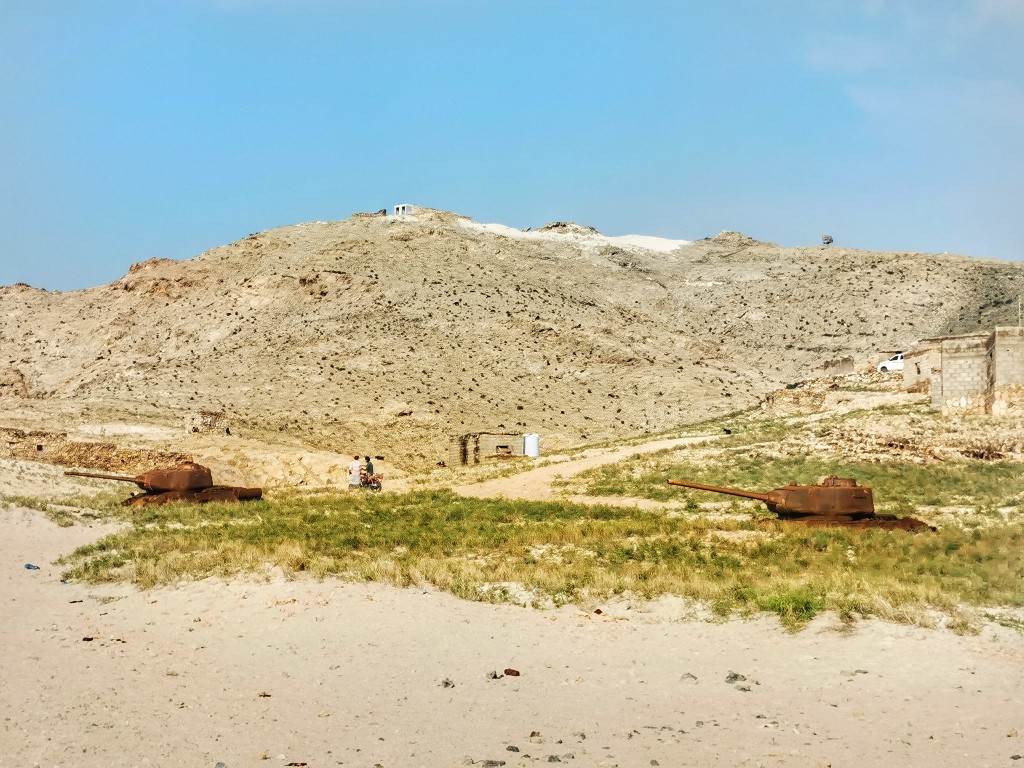 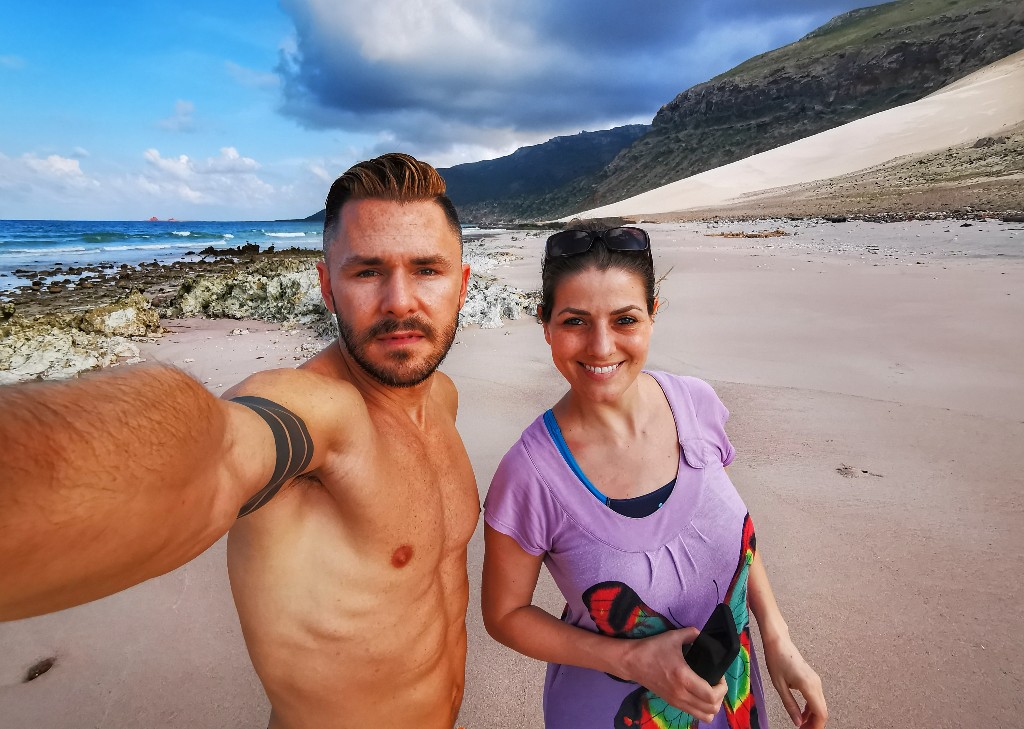 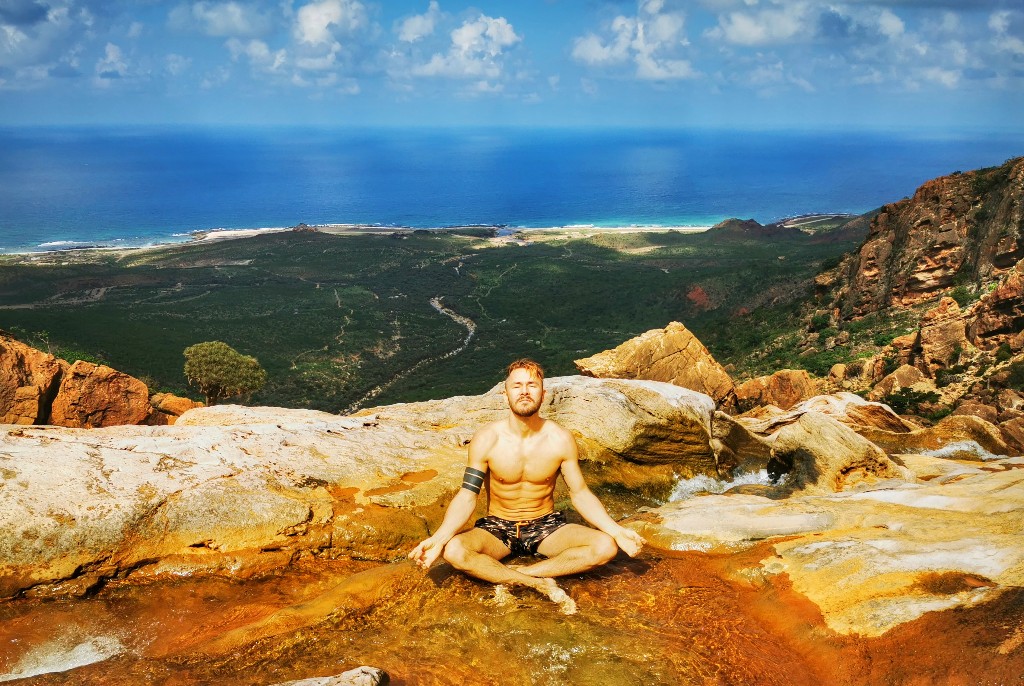 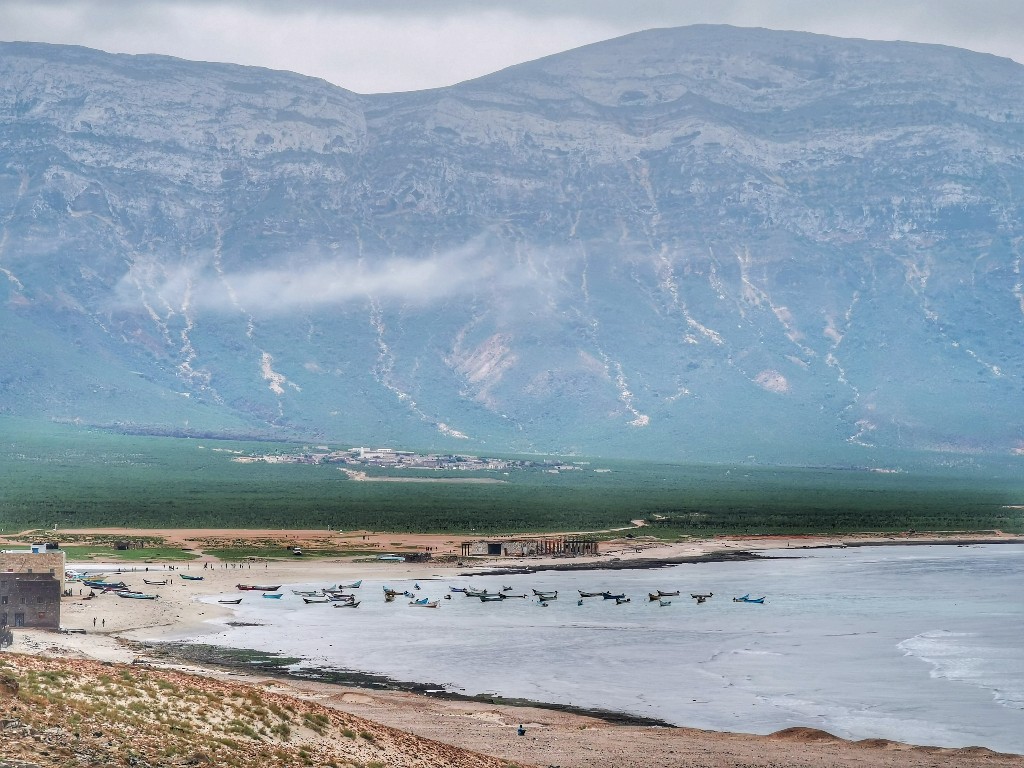 Amazing scenery of the Cliffs of Socotra 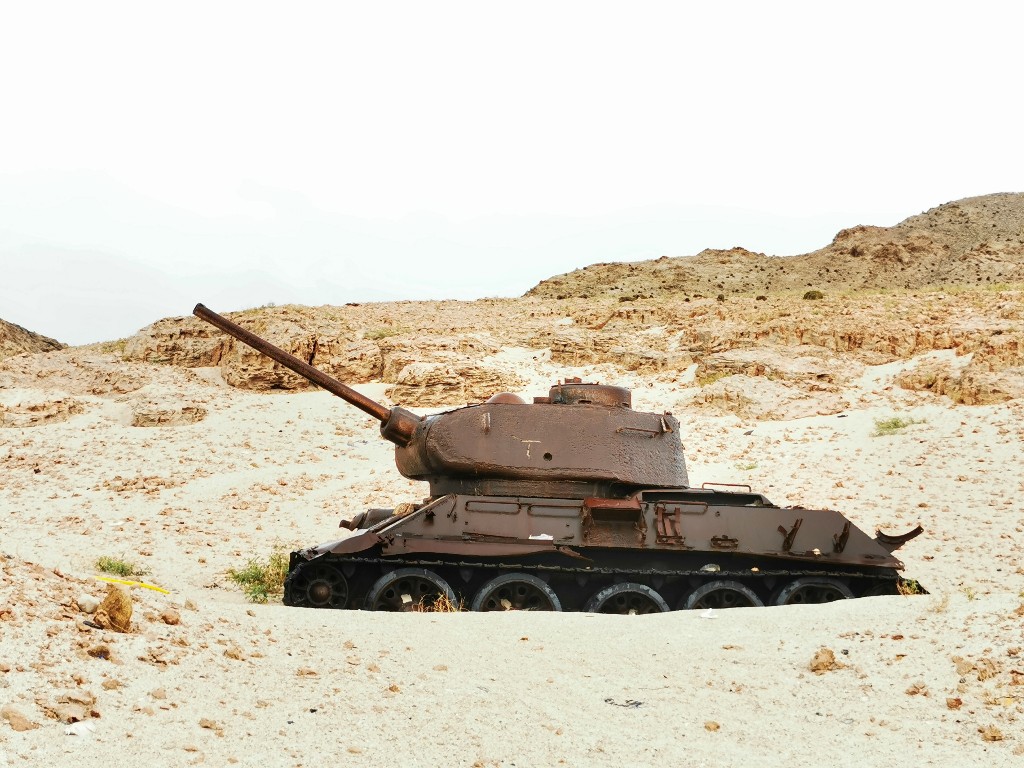 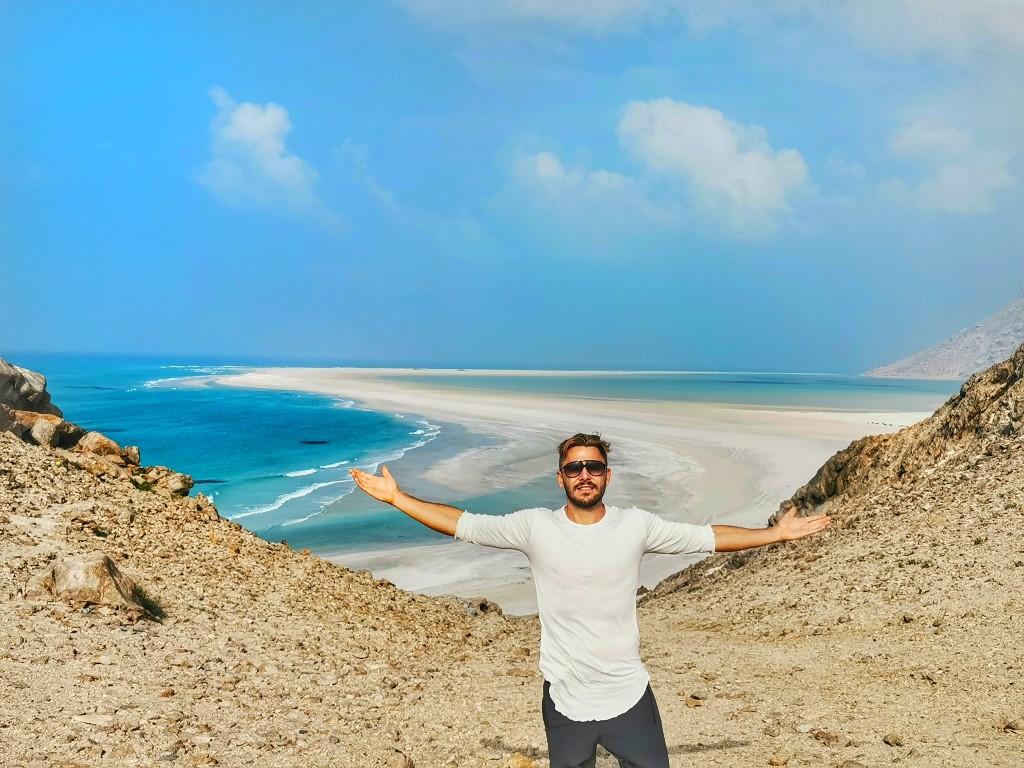 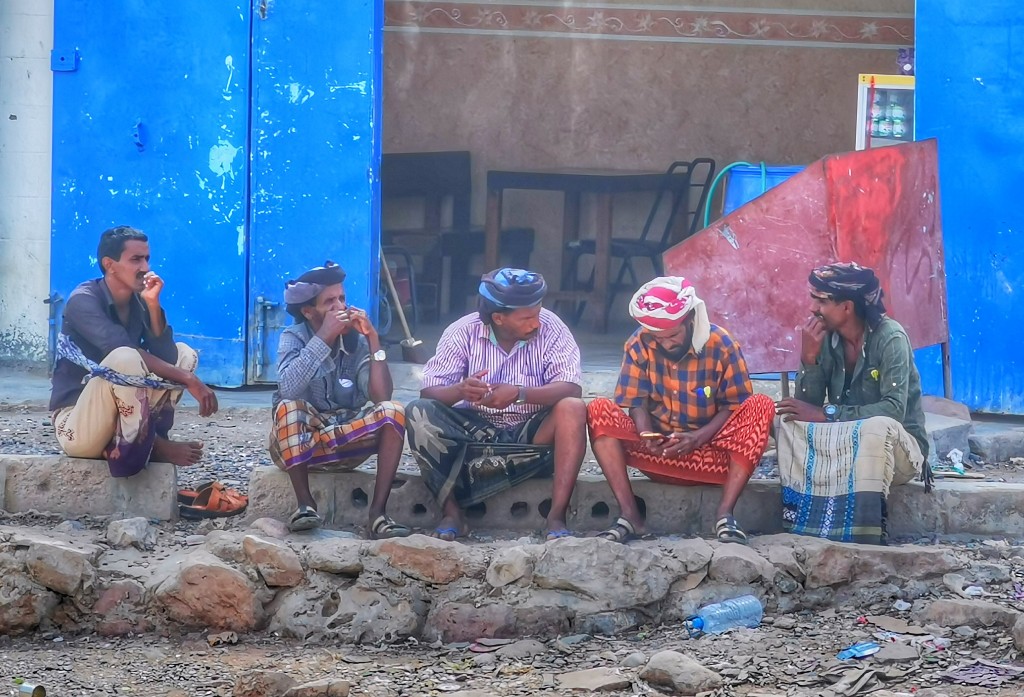 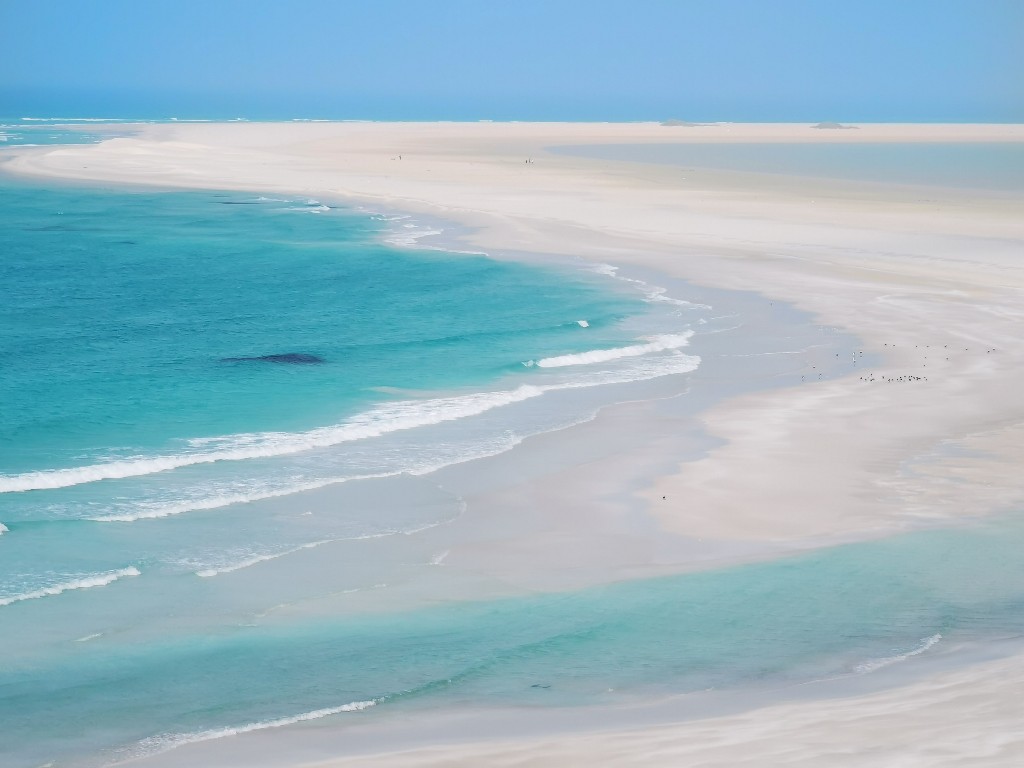 For more picture of my experience in Yemen, you may visit the country section about Yemen which has a slideshow of personal pictures, as well as a collection of photos from my my photo Studio at ianboudreault.com. 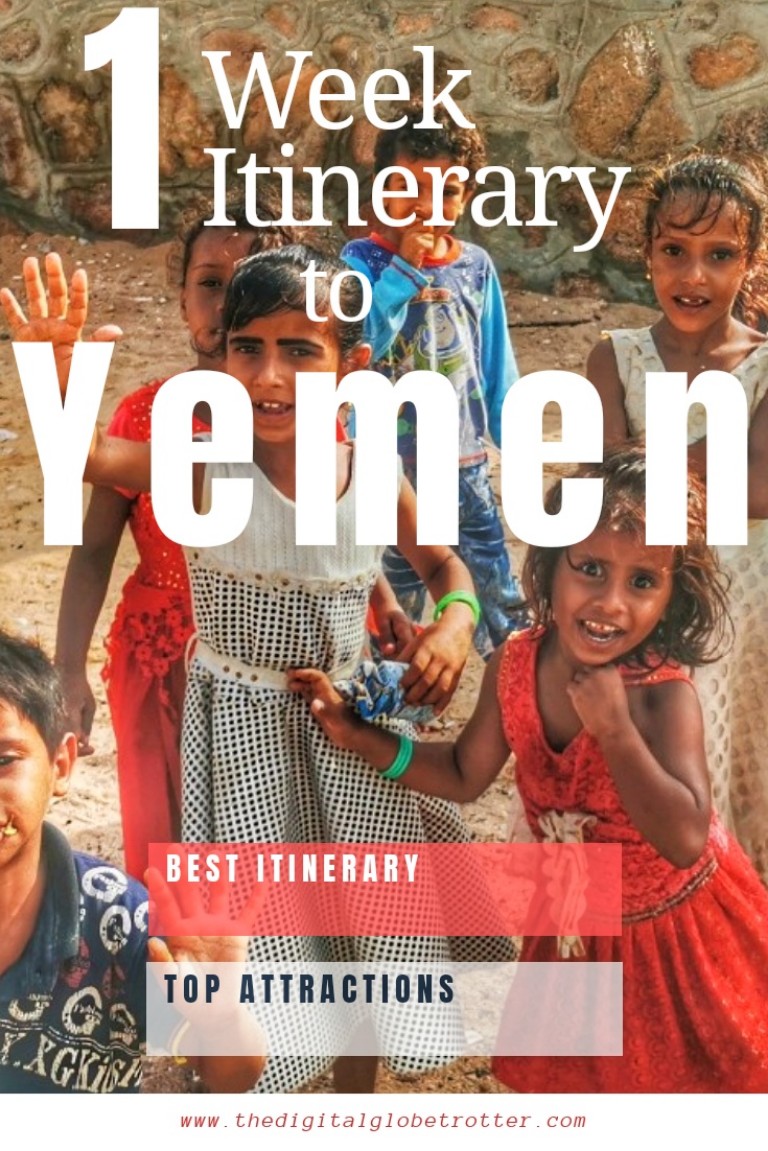