While it was hidden behind the soviet curtains, very little was known about Georgia,  being mostly a destination reserved for other other Soviet countries. But since the fall of the Soviet Union and since its government has taken western-aligned politics, Georgia has risen to fame, and its success is just barely starting. It’s pretty easy for a country to gain popularity as a tourist destination when you already have it all… Georgia is one of those countries that impresses me every time I come! On my first visit 5 years ago, I described it as the smallest country with the widest range of scenery a country can hold. Think mountains, beaches, valleys all in one place. Add to this a culture-packed country and thousands of years of history and you have a recipe for success! On top of this, Georgian people are known to be warm compared to other ex-soviet nations which help to get accustomized easily for first-time visitors expecting western style courtesy.

A Taste of Georgian Wine

One of my favorite aspects of Georgia is its wine culture. Some claim wine was first made in Georgia, as archeologists have found Kvevris (traditional clay vessels buried in the ground) dating more than 8000 years ago. Georgian wine is everywhere and it seems like everybody is making wine of their own. Even The owner of my rental apartment was collecting empty bottles of water I was accumulating to embottle the homemade wine he was making from grapes grown in our garden. And I must say it wasn’t a bad homemade wine! 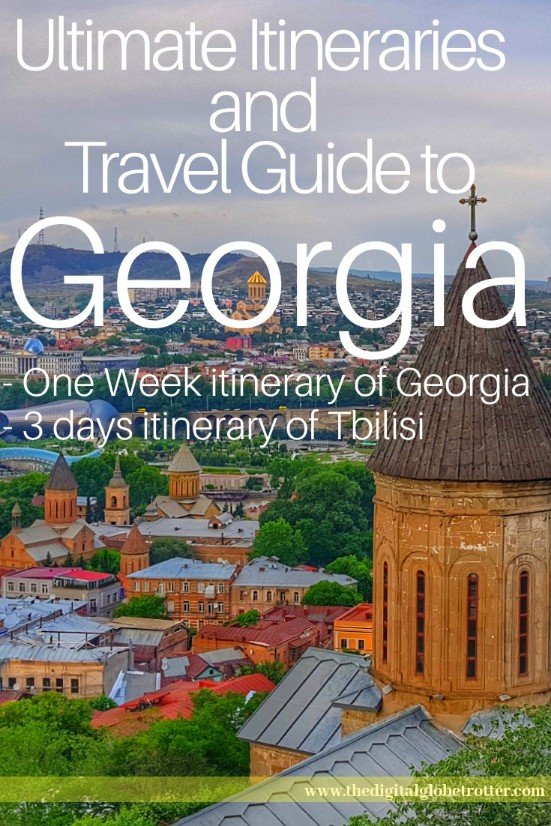 During the month I was in Tbilisi, I had the chance be there during The Tbilisi new Wine Festival, an annual wine event that exposes the country’s best wineries. image over a hundred kiosk serving their best products set on top of the Mtatsminda Park reachable by funicular, all served for free! For a wine aficionado like me, I was like a child in a candy store. I have for a very long time claimed that my favorite wines int he world are Georgian wines from Saperavi grapes, specially Kindzmarauli from Marani. And I even tasted better wines than my ex-favorite at the festival! 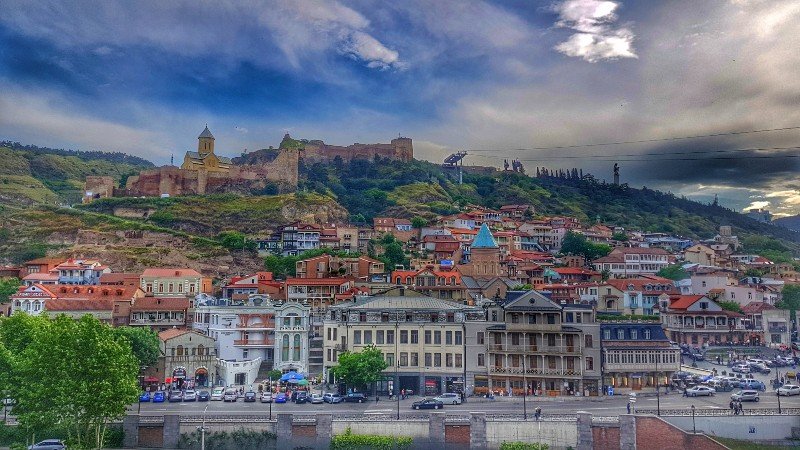 Georgia as a Digital Nomad Heaven

Georgia has converted itself as a heaven for Digital Nomads. One of the biggest obstacles for us is to settle somewhere that provides a long enough visa to be able to call home for a while. Georgia is the only country in the world to offer a 1-year tourist visa! And most countries are welcomed to come, compared to other countries who offer restrictive measures on most nationalities. Adding to this the incredibly cheap cost of living in Georgia as well as its comfortable living and it is enough to convince a tourist just passing by to settle long term. I have met many people remote working from Tbilisi who praises the city as an Eldorado! Interestingly enough, there are great cafes all over the city to sit and work, or even a massive coworking industrial-like complex called Fabrica, where students and expats alike meet to work on their laptops and different projects.

Visiting Tbilisi as a tourist destination

Georgia is just beautiful! Every town has its own cachet and charm. It is also such a small country that it is easily visitable in a few days to a week! Not much preparation is needed beforehand, as there are inexpensive tours offered everywhere in central Tbilisi. The Capital is the center of the country and deserves a lot of time to discover. For me, it is the most beautiful and charming city of all the 15 ex soviet-union countries I have visited, along with St-Petersburg and Odessa. No wonder is it flooded with Russian tourist coming for the weekend from its northern border or simply flying in. It is inexpensive for most countries, offering amazing traditional food and wine usually for less than 10 to 15$ per meal! 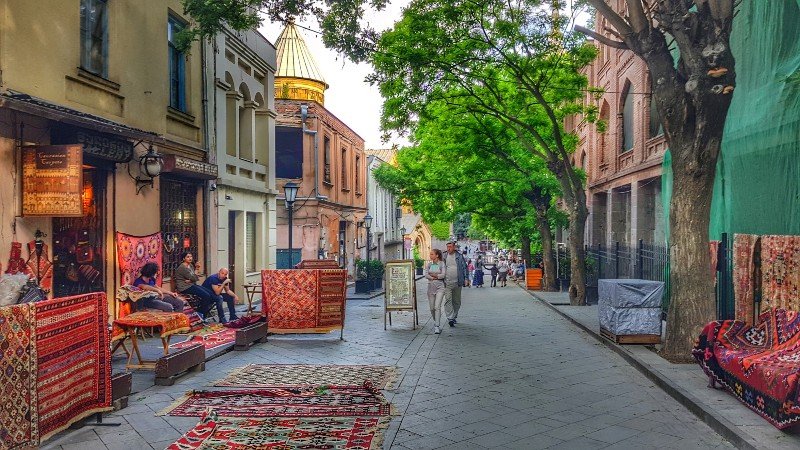 A 3 Days Itinerary of Tbilisi

Start with a nice breakfast in one of the cafes on Rustaveli and the liberty square then continue to the hotspot of the old town in its small alleys. Visit the several old churches all the way to Metekhi church on the other side of the river, offering an impressive panoramic view of the center of the old town.  For lunch, try Khachapuri in one of the favorite restaurants listed below, the Georgian national meal and a caloric bomb for the rest of your day. The best part of Tbilisi is to visit the Narikala Fortress and Kartlis Deda above the city, an easy hike up or by simply riding the funicular. From there take time to breathe and sample the incredible views of the city below from so many different angles. Finish the day with Georgian food at a local restaurant and try one of the Georgian Wine shops for sampling and bottle shopping.

On the next days, Do some shopping around Rustaveli and visit the Museum of Georgia as well as the Fine Arts Museum to satisfy your culture thirst. After lunch, Reserve 2 hours to walk around the Botanical gardens dating back hundreds of years, where beautiful waterfalls and gardens await. Going back down from the botanical gardens, try the old Ottoman Sulfur baths for a cleanup and experience with traditional massage. Don’t forget to try the lively nightlife around Tbilisi, where local bars play live music or simply relax smoking shisha around Jan Shardeni St. Don’t forget to synchronize with the Rexo Gabradze Marionette theater where the Tower offers a free show every hour. 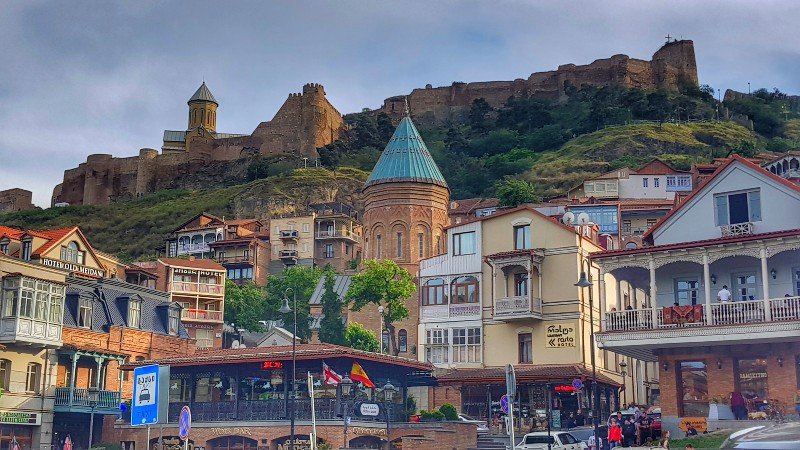 One Week Itinerary in Georgia

The easiest getaways from Tbilisi are David Gareji and Sighnaghi where a visit can easily be done in one day. The city was built around the 6th-century by one of the 13 Assyrian Fathers who was there to spread Christianity. Its one of the nicest town in Georgia as it offers incredible views from the Alazani Valey bellow. Its easy access from Tbilisi also makes it attractive to tourist staying for only a few days. The other easy access city to visit from Tbilisi is Mtskheta and Gori. Mtskheta is only 30 minutes drive from Tbilisi and is easily visitable in only 30 minutes. Gori is known to all Georgians by being the birthplace of Joseph Stalin, the famous dictator of the Soviet Union during world war 2 and beyond.

Next make your way to Kutaisi, another ancient capital of Georgia and its 11th-century Bagrati Cathedral, a UNESCO World Heritage site. It is Georgias third biggest city after Batumi and Tbilisi and offers a peaceful atmosphere compared to the capital. Also visit the Gelati and Motsameta monasteries and Sataplia Nature Reserve while there. An interesting site of Kutaisi is the Bubble Parliament which was opened in 2012 to be the new parliament, only to be moved back to Tbilisi after ministers were unsatisfied with the result. 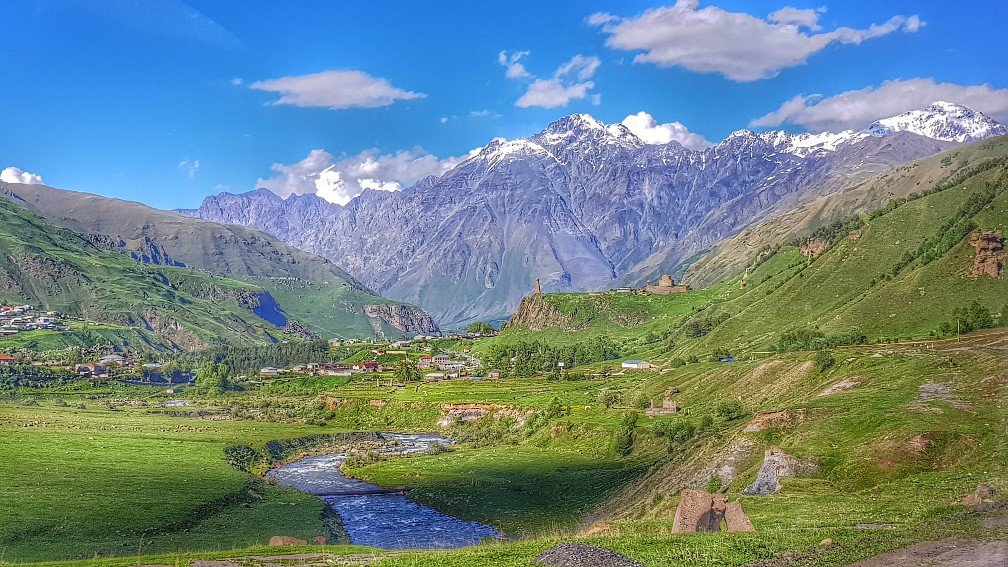 Batumi is the Beach resort of Georgia. It is especially interesting in the summertime between July and August where the beach fills with Georgians and tourists alike. It becomes very lively with beach bars open until sunrise and excellent restaurant options. Everything is within reach of the main boulevard, and interesting sights include the  statue of Ali and Nino, Alphabetic Tower, Piazza Square and Europe Square

With more time, head up to the mountains to visit Svaneti set high in some of the highest mountains in Europe, which is considered one of the most beautiful regions in Georgia. If there is no time to reach Svaneti, almost equally as stunning is to go to Kazbegi near Tbilisi and enjoy the mountains from there. Cheap day tours are available from Tbilisi but other options include skiing in the area, which is become increasingly popular.

Top 10 Things To Do  in Tbilisi 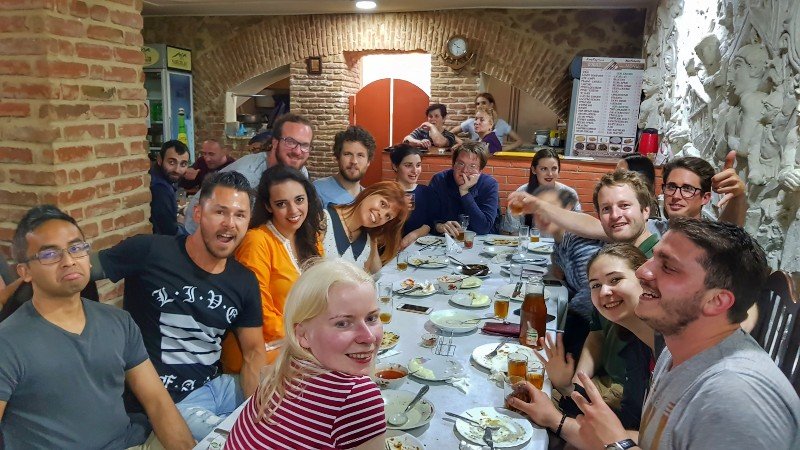 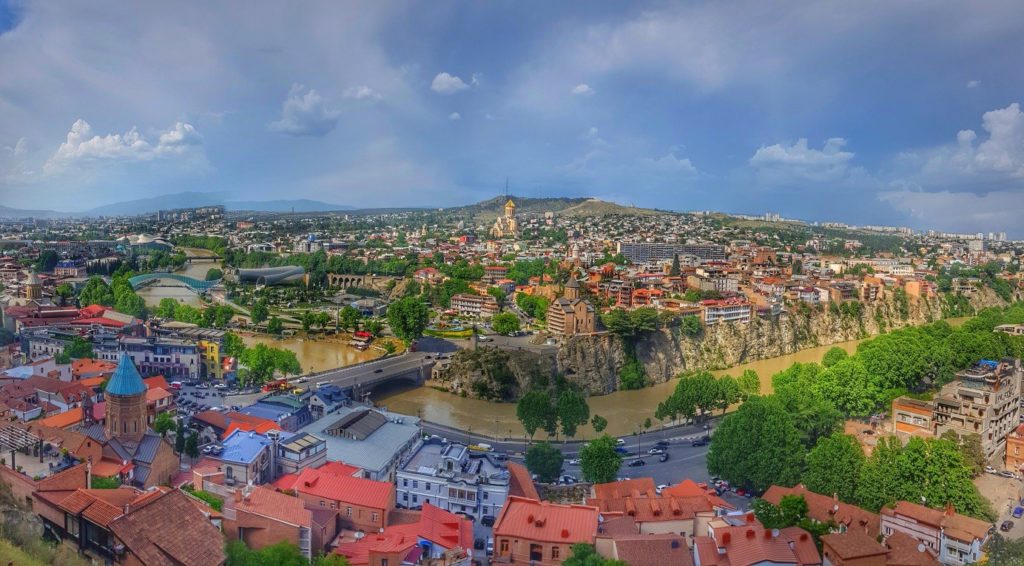 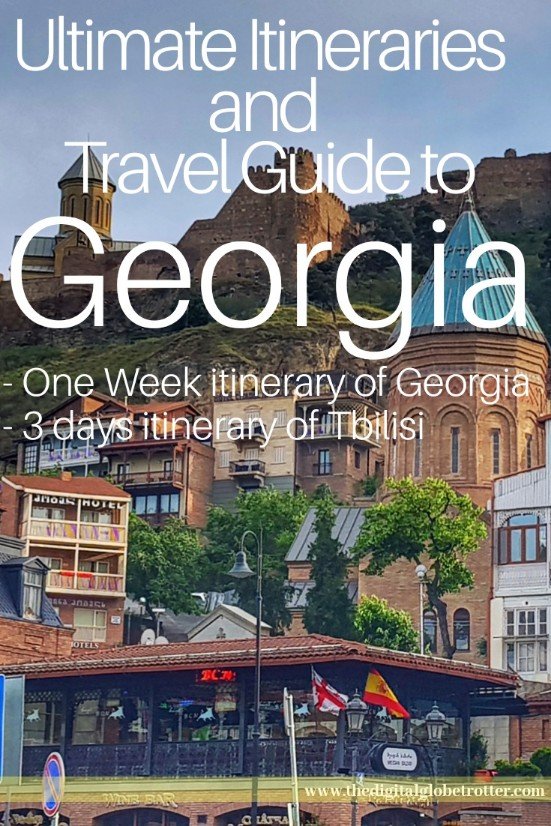 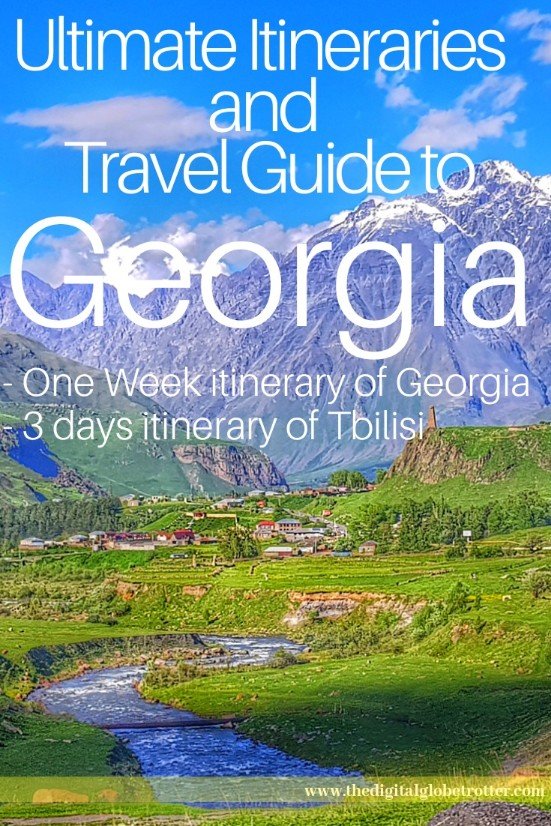