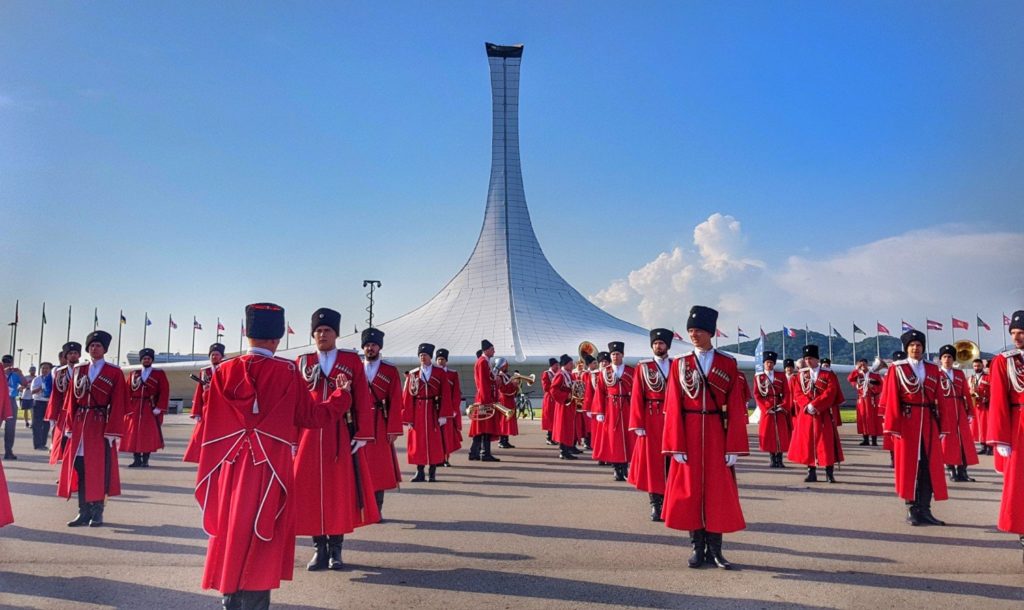 Sochi is the Biggest resort City in Russia. In fact, it has grown so quickly and well in the past few years that it is a great city in itself and in my opinion only second to St-Petersburg for the most beautiful city in Russia. Sochi was settled by Stalin where he had his private summer house (dacha). But Thanks to the constant efforts by Putin to host big events in the city like the Olympics Games of 2014, the Formula 1 Grand Prix and the FIFA world cup, it is easy to see how the city is important in the eyes of Russians. And you can definitely expect to hear more and more about Sochi as it transforms towards an international holiday destination.

The Miami of Russia

Sochi is blessed with a subtropical climate which provides mild winters and hot summers! It is a bit like a hub for all the beaches stretching from Krasnodar to Adler, where the Olympic infrastructures are located. This means a coast of over 500km of beaches where Russians come to relax and swim in the Black Sea. Keep in mind that the beaches here are no Maldives or Brazil… We are talking about big pebble covered shores where in some areas the water can become very dirty. But from a Russian perspective where the country is covered by forests and lakes, they are considered the best beaches in the country.  Sochi is a little like the Miami of Russia, providing a lot of pedestrian areas and parks, a nice beachfront walkway and tons of shopping experience from cheap shops to expensive brands. 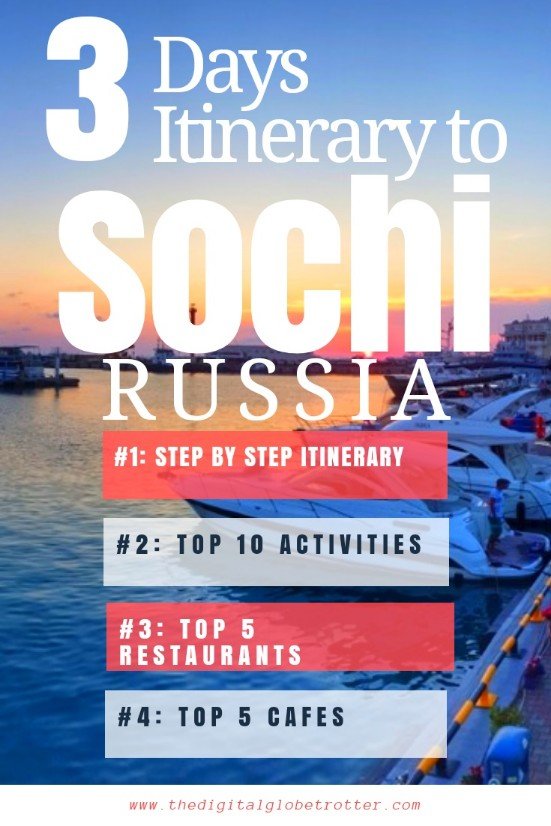 Being here this time around during the Fifa world cup, it was really a great place to spend a few days while the city was full of international tourists! Even Russians traveled from all over the country even if they didn’t have tickets for the matches, just to be here for this historical moment for Russia. I really like Sochi, it has changed a lot in the last 4 years when I first came, and I can only expect it to grow even more. People are relaxed and friendly, and the city is stylish! If I had a city to live in Russia, definitely Sochi would be in my top 2, along with St-Petersburg and Novosibirsk!

A 3 Days Itinerary to Sochi

Reserve day one to visit Sochi and do a Full city tour. After getting some breakfast at the Seaport area, walk along the Primorskaya Street on the beach front. Don’t forget your bathing suit and take a dip in the black sea at one of the beach bars (if its summertime). Continue back through the upper part of the seafront, and head to PKIO park and Pamyatnik Turistu, where they have beautiful gardens and tropical trees. If you feel like some culture scene try the Sochi Art Museum and the Winter Theater (theatre zimoi). After head to the Discovery Aquarium and see some local species of marine life. In the evening, try one of the restaurants recommended in my top 5 list.

Day two can be spent exploring Adler and the Olympic park, It is located about 35km south of Sochi and is easily reached by bus. Visit the Ice Dome Bolshoi Adler and Arena Shayba and of course, the Olympic Stadium. Try Frunze Park too. The beachfront of Adler around the Olympic Park is really nice too on a hot summer day if you are there at night, try to catch the fountain show.

Day three should be reserved to visit Krasnaya Polyana, commonly known as the Switzerland of Russia. Tours can be arranged for 8 to 9 hours, or you can go by yourself. There is a funicular ride to go up.

Top 10 Things to do in Sochi

Specia note: Surf Cafe was highly rated so I had to try it. The place looks nice but the coffee was one of the worst I had in years! Cheap and Low-quality robusta coffee beans are served…  So I cannot recommend it… 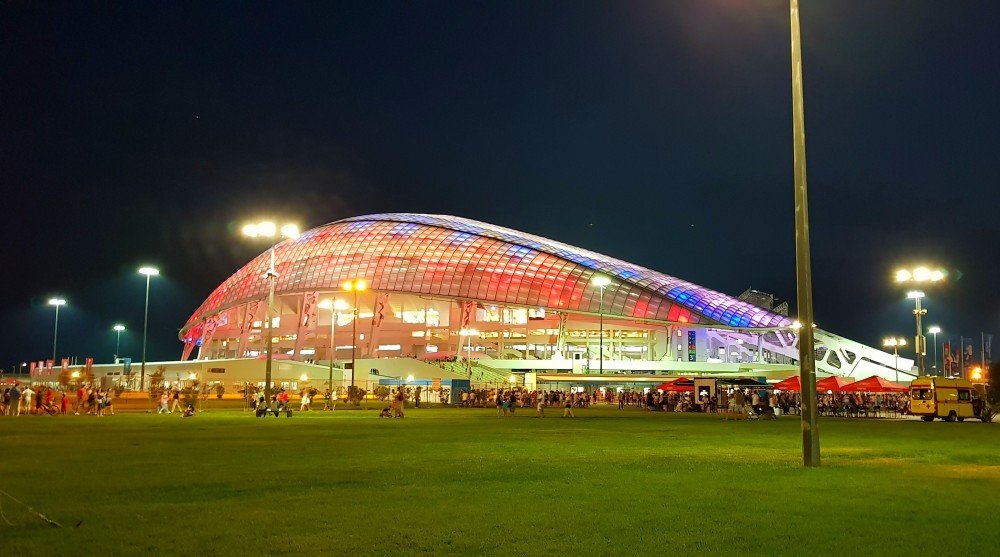 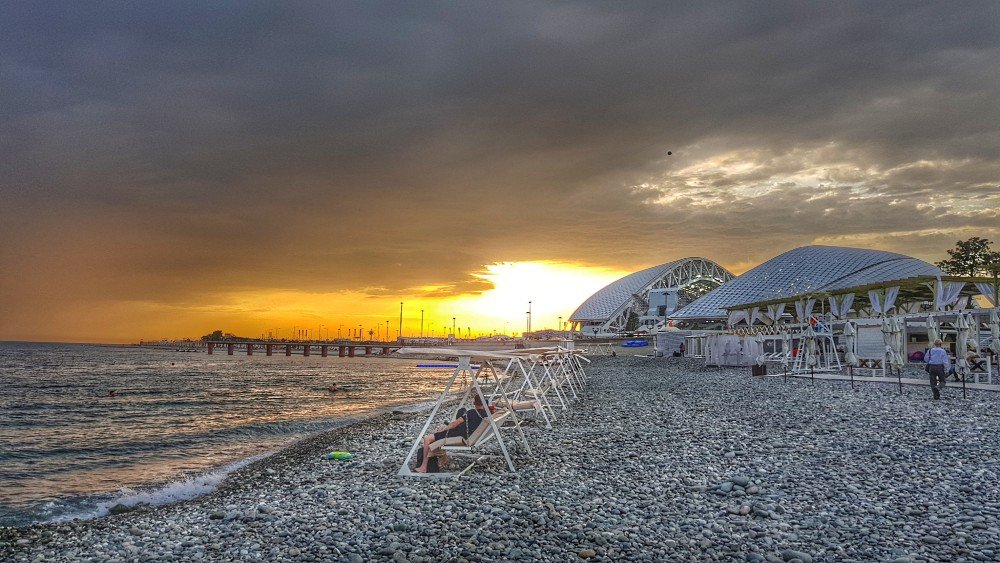 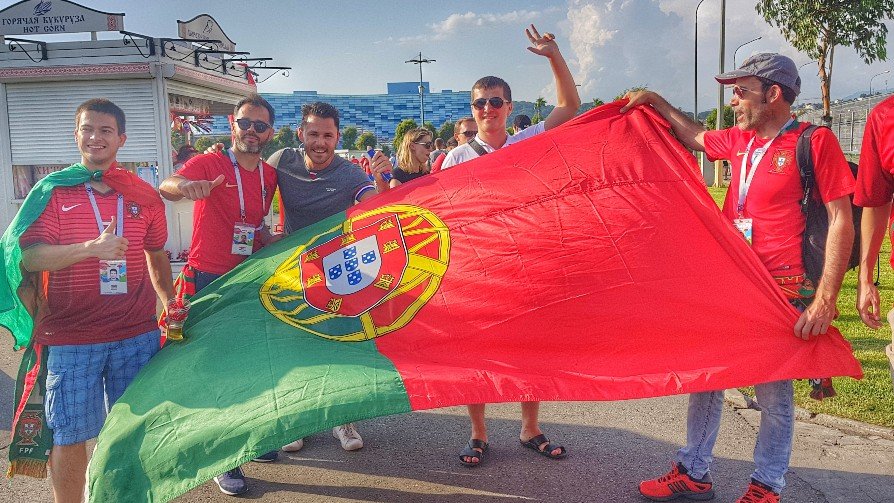 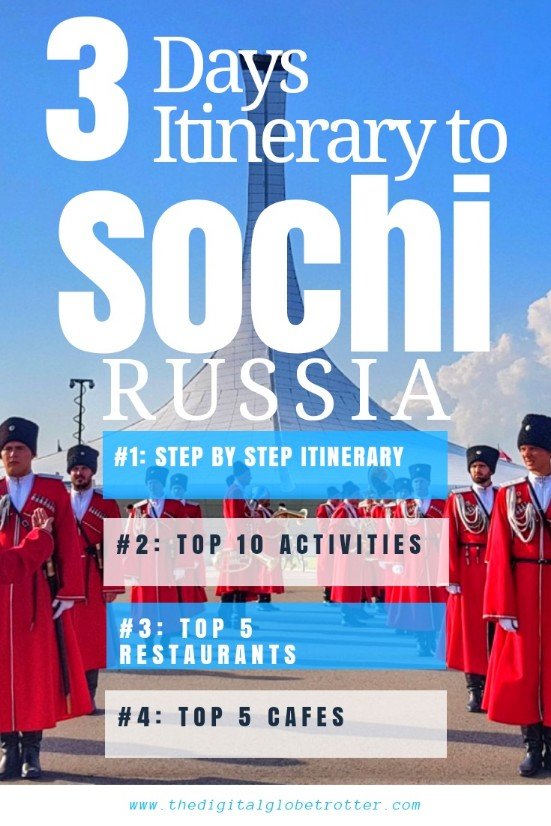 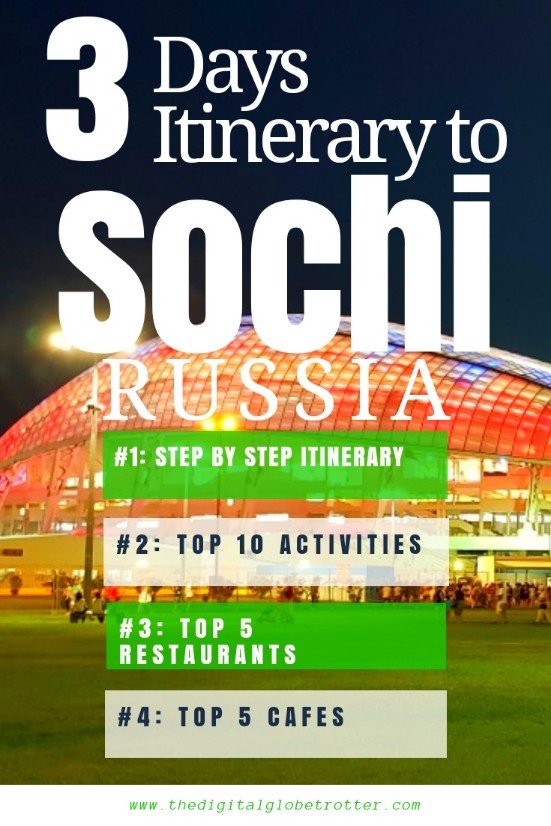