Back to French-speaking Africa this time in a west-African nation. It was the peak summer season in Niamey, known to be one of the hottest cities in the world, situated in the middle of the Sahara desert! We landed at night and as soon as the airplane doors opened, we felt a wave of dry hot air invade the interior… Just a preview to what I could expect the next few days, with a thermometer over 47 degrees during the day! In General, my expectations for Niger were totally off target from what I had heard and read through my pre-travel research. It was much better than I had imagined. And here’s why…

One of the Poorest Nation in the world… Really?

I was on my guard when arriving in Niger since I had read a report of the United Nations ranking Niger 189th out of 189 nations, the ultimate last in the world, in its 2018 report on Human Development Index! Having been to 52 of the 54 African Nations so far, I have a pretty good general knowledge of the different standards of living throughout the continent, from rich oil nations like Gabon to crumbling post-war countries such as Liberia… But this time I was expecting the worst with these statistics. 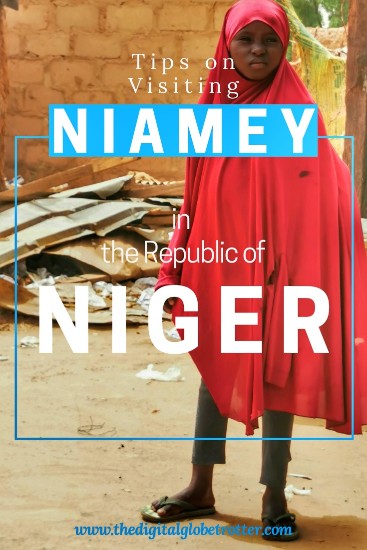 However, to my great surprise, Niamey turned out to be one of the cleanest cities I have seen on the continent! From the new latest generation airport still under construction, clean and ordered streets of the Capital, I was blown away how clean the city was! It must be said that Niamey was on a beauty roll getting itself ready for the Summit of the African Union in July 2019.

It really seemed to be a big deal for Niger and they are taking this seduction phase really seriously. All the roads were being repaved, parks newly created with green grass (yes, in the desert), brand new hotels such as the Radisson Blu freshly opened, even my hotel was in renovation. From what I’ve been told by locals, the president of the Republic of Niger, Mahamadou Issoufo, is really doing a great job in modernizing the country, with a pro-west stance. This is refreshing news as it has always been a mystery for me why all the money of rich oil African nations just always disappears in the hands of a few corrupt officials. Finally, I could see for myself with my own eyes public money reinvested in an African country. This is why I titled the article with Niger being an example to African Nations. I really wish other African nations take an example of the cleanliness of the city during their visit in July and apply it to their own capitals. 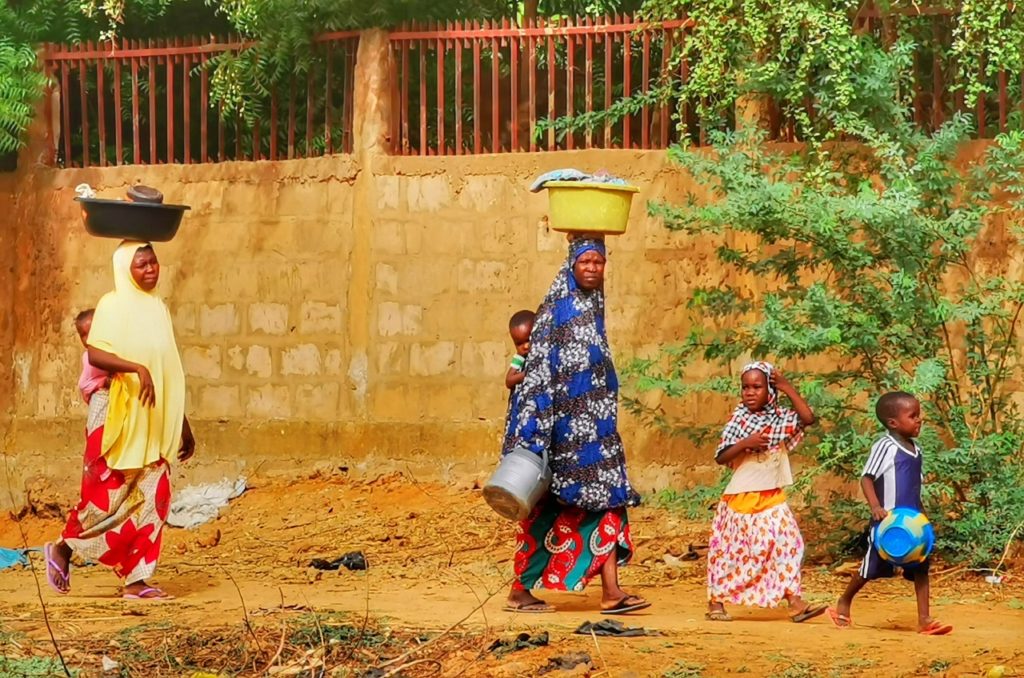 The 4th largest producer of Uranium in the world

Niger is the fourth largest producer of uranium in the world, making it a very strategic place for the western powers. France is determined to station several thousand troops here, in the name of protecting its interests, as well as the United States who have a drone base here, in the area of Agadez. There is definitely a high military presence as a friend witnessed just 2 days prior to arrival, where hundreds of new military equipment paraded in the streets of Niamey on its way to the airport. Who knows what is really going on here, but there seems to be a lot of activity. It is true that there is a larger threat of terrorism with Boko Haram who are operating in the north of Nigeria really close to Niamey and who are also doing some damage in Niger with terrorist attacks and kidnappings. Not sure if all this military activity is targetting these threats. However, for my own security, it was a wise choice to stay in the capital and not attempt any excursions in the countryside and around the country.

Was Wakanda in the movie Black Panther inspired by Niger?

As I had just recently watched the movie Black Panther, I just couldn’t stop making parallels to Niger. First, there is the fact that Niger ranks as one of the poorest country in the world, (just as Wakanda, to hide to the outside world) but once you actually step in, it looks like very modern compared to most African capitals. Then, of course, there is the uranium, which they hold some of the biggest reserves in the world. In the movie, they refer to a mystical Vibranium. Interestingly enough, many people I talked to told me they should be considered the first producer of Uranium, and not to trust the data published by the media. Overall, I think the screenwriters must have had thought about the relation with Niger while making the movie. Who knows… Maybe 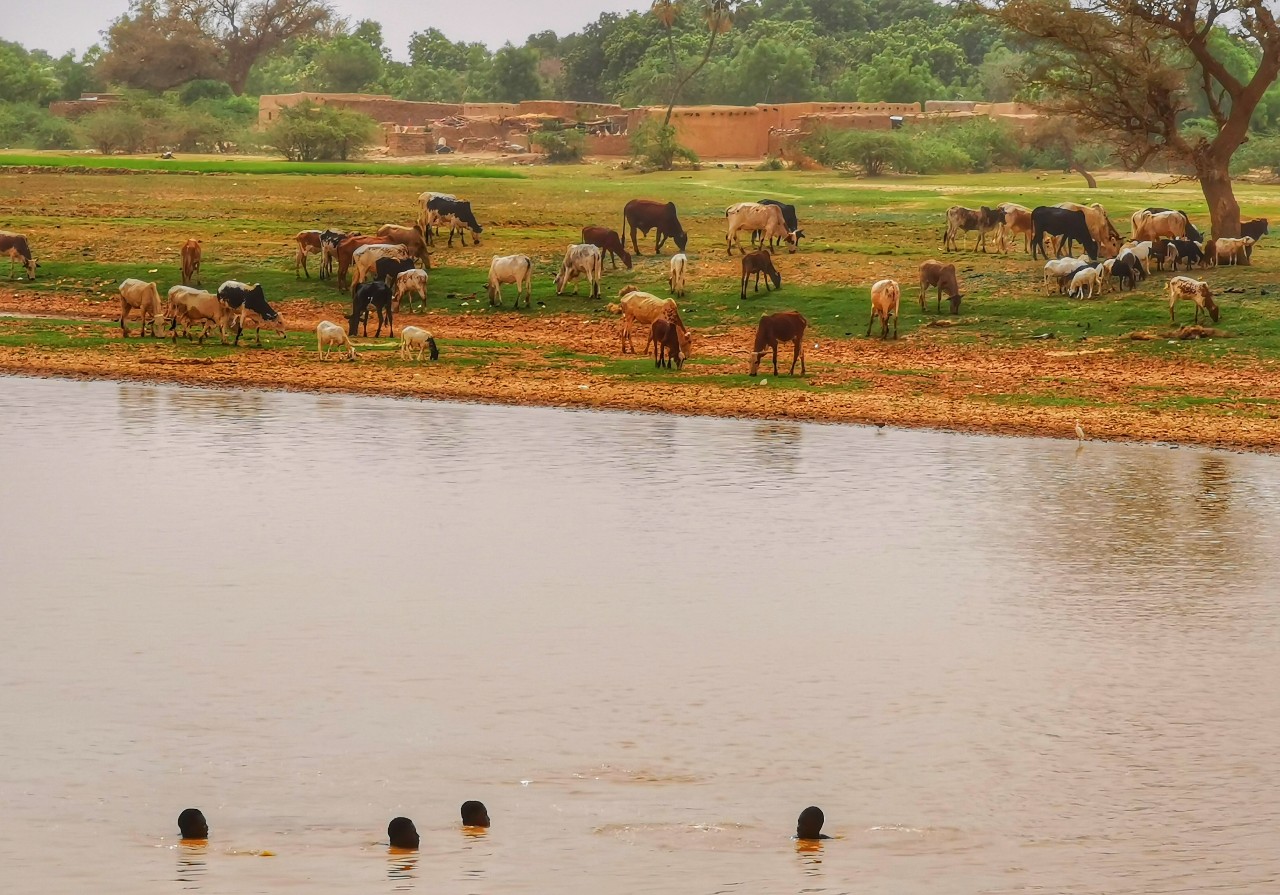 Kids Swimming in the Niger River

Once again I had the chance of meeting some local people part of the Couchsurfing travel community, who totally changed my experience in Niger by hanging out with local Nigeriens! I was received by Amadou Tidjani Mamane, a young entrepreneur who offered to show me around, introduce me to his friends and even organized a barbecue at the Niger river. On hot days like this with 48 degrees Celsius, it made a great refreshing time, where young kids were bathing in the river, others fishing for dinner. He also introduced me to a local community of artists of Niger who are promoting local culture through music events and music concerts. 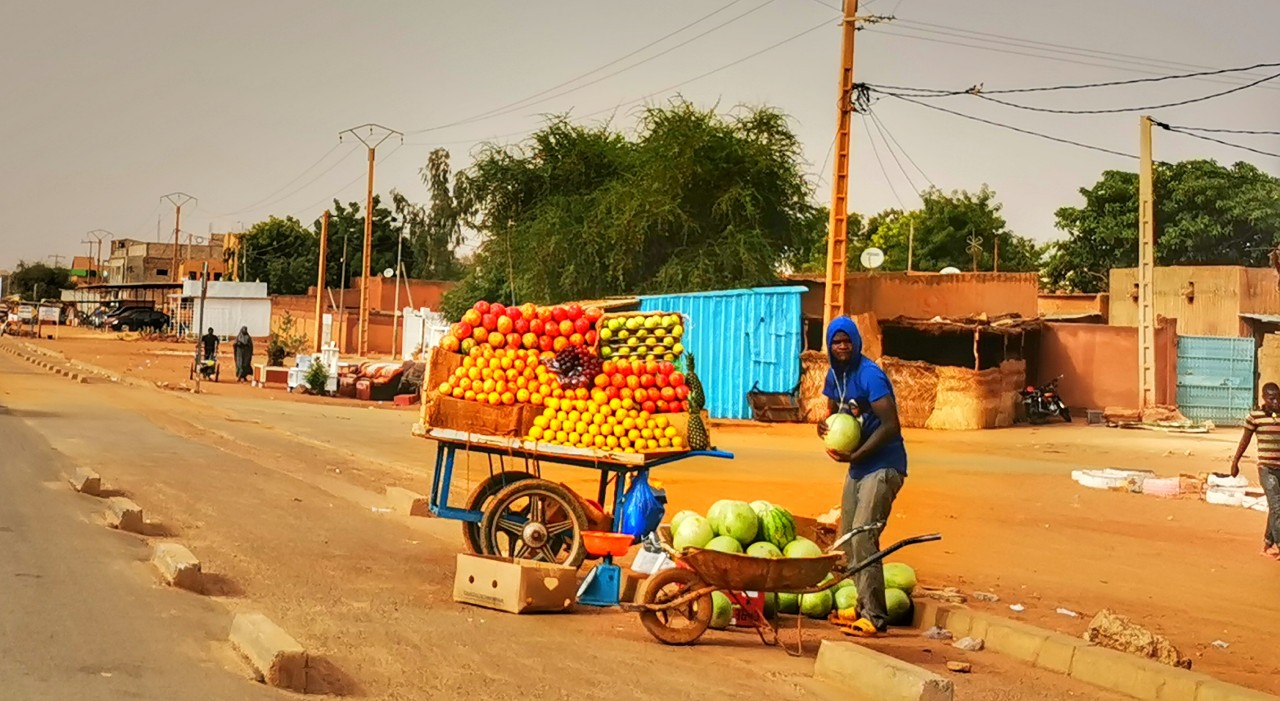 They were hosting a really big event in June with a Ghanaian artist, Garba Yaron Zamani and intend to fill the National Stadium! I was even invited to contribute to the marketing campaign by making a small promotional video for them which I gladly accepted. If you are in Niamey around June 2nd, I highly recommend you to take part in the event, which should be a great way to participate in the local artistic community in Niger. 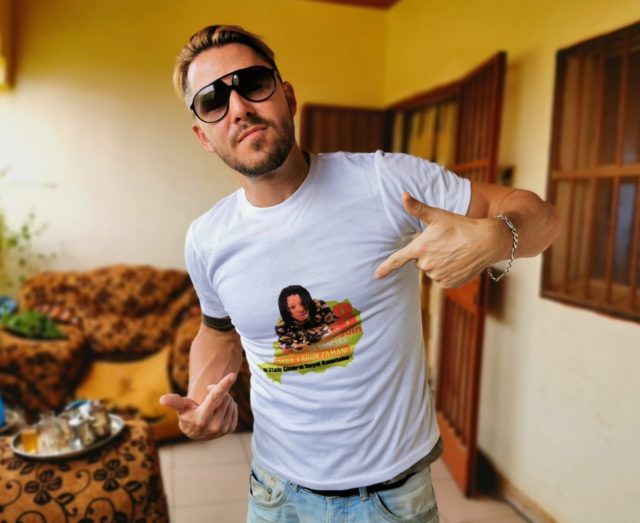 The promotional photo, With the T-shirt of the Concert for Garba Yaron Zamani

Top 10 Things to do in Niamey & Niger 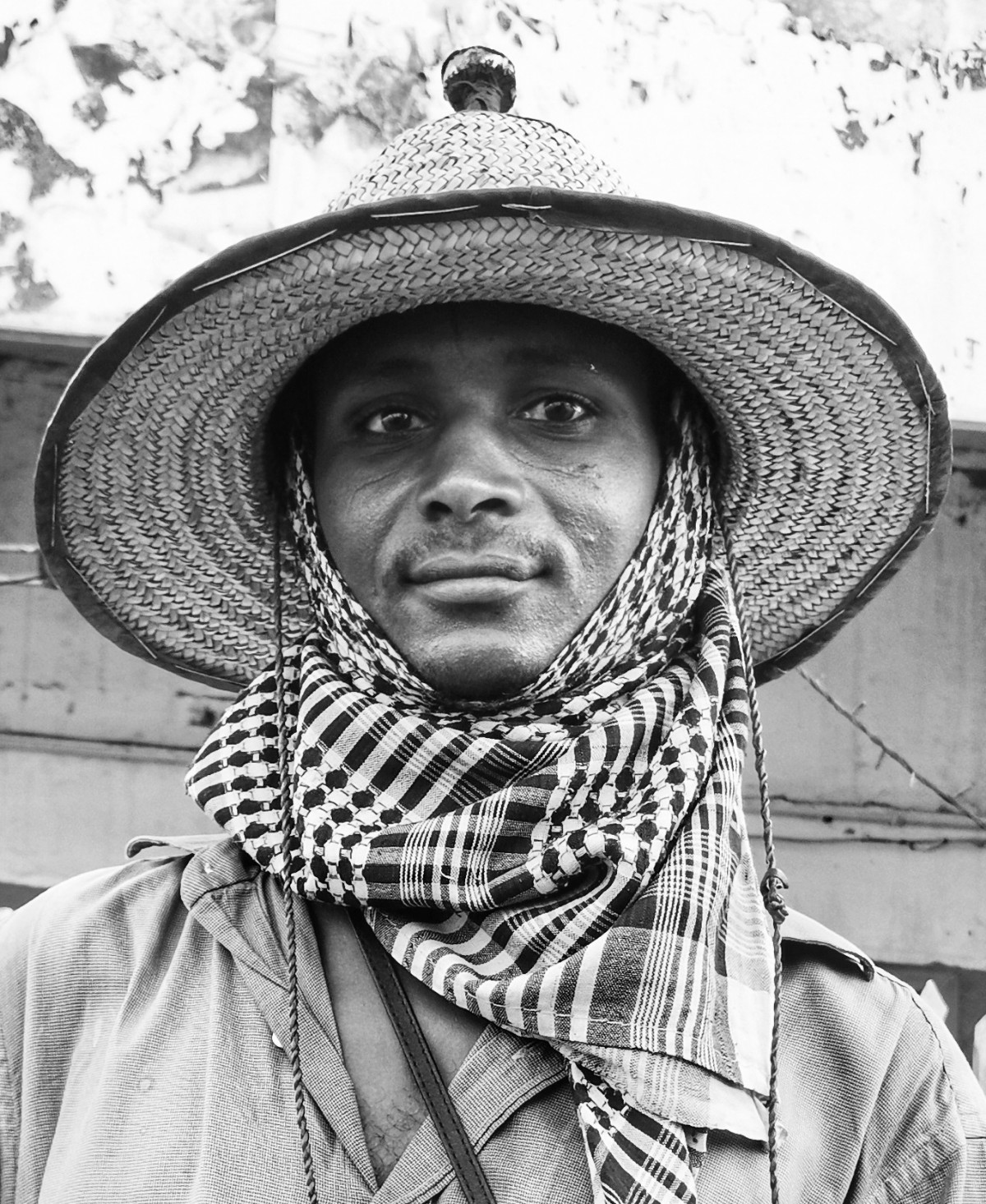 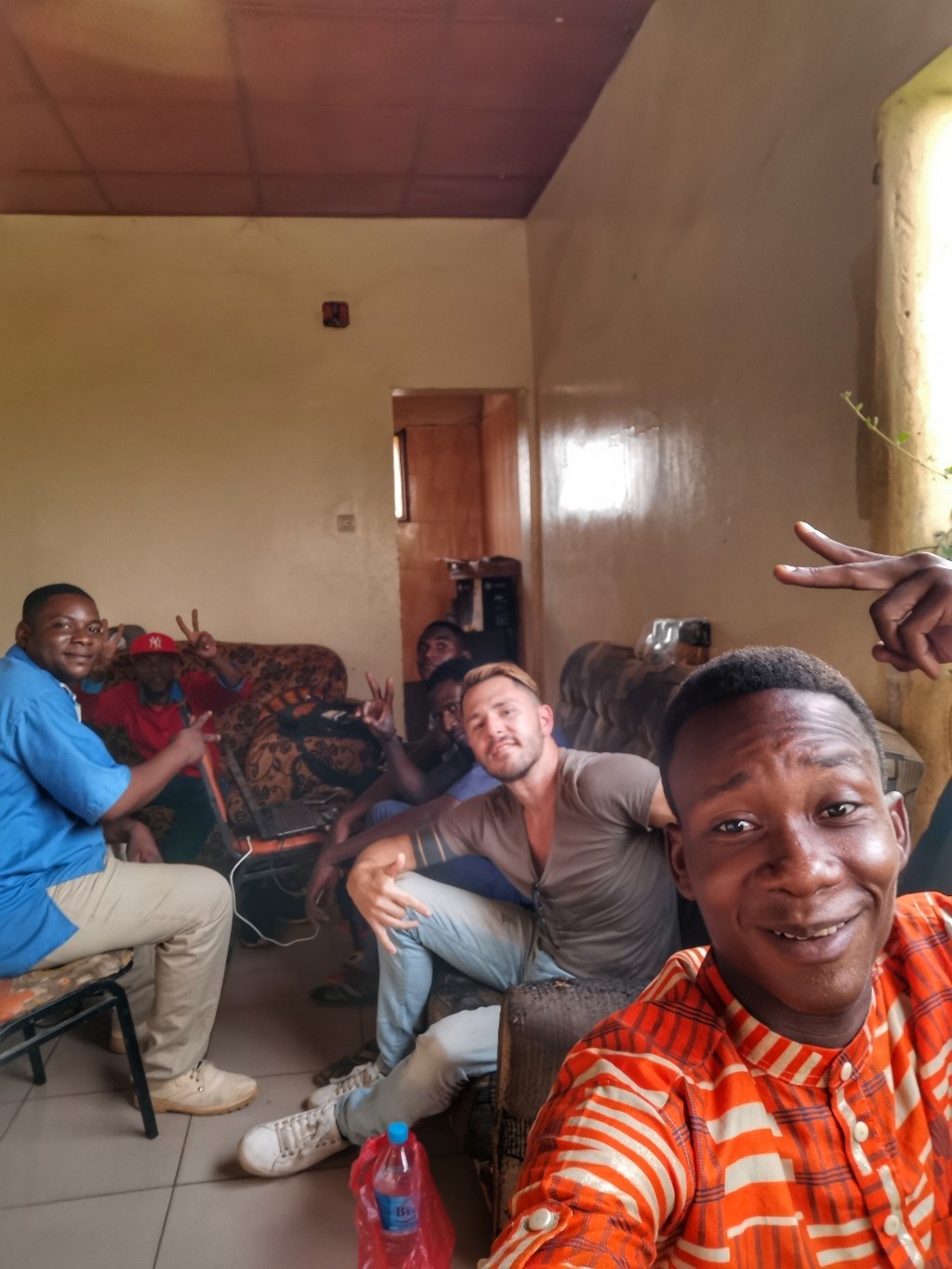 With the Guys of the Artistic Community in Niamey 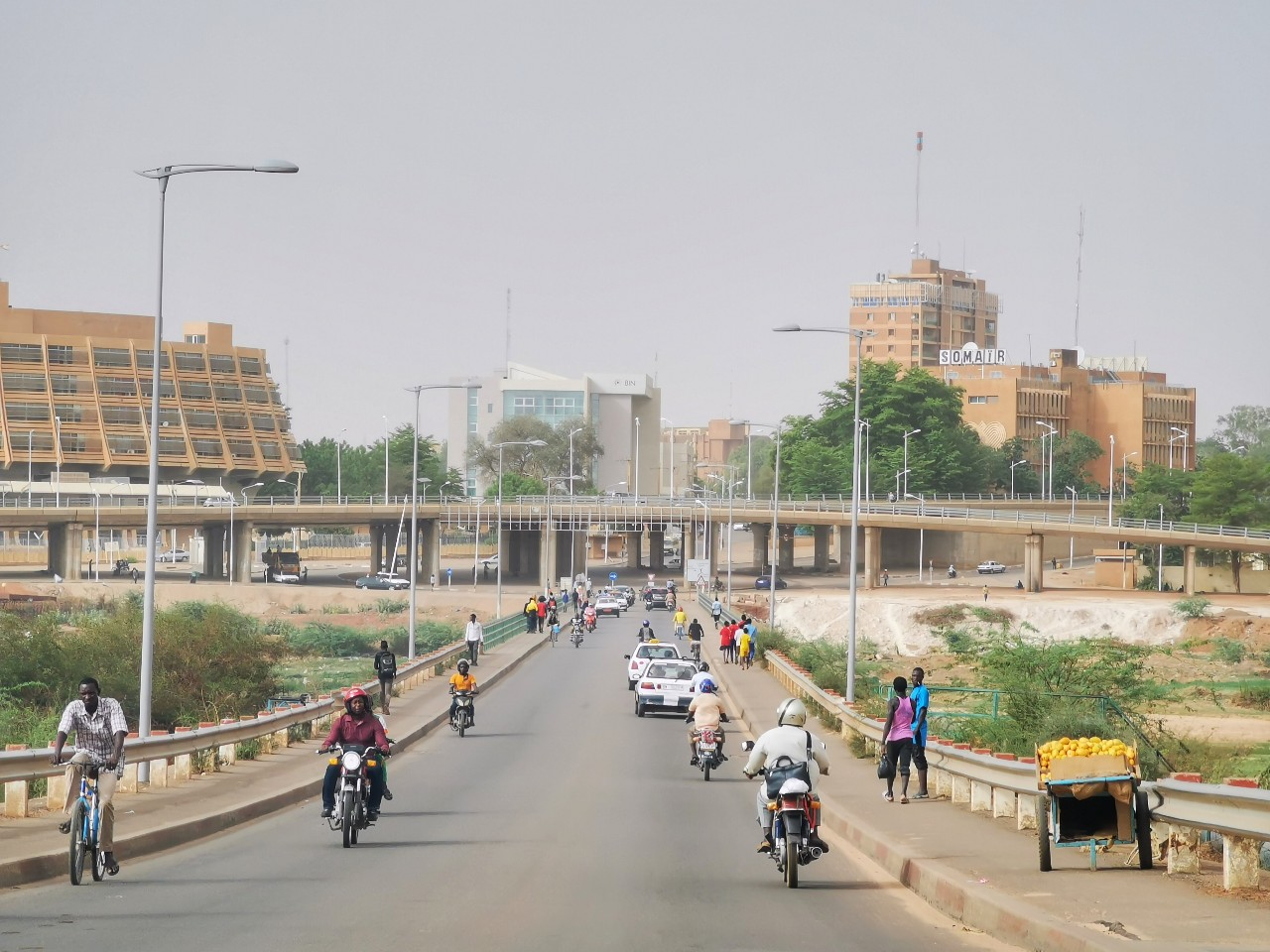 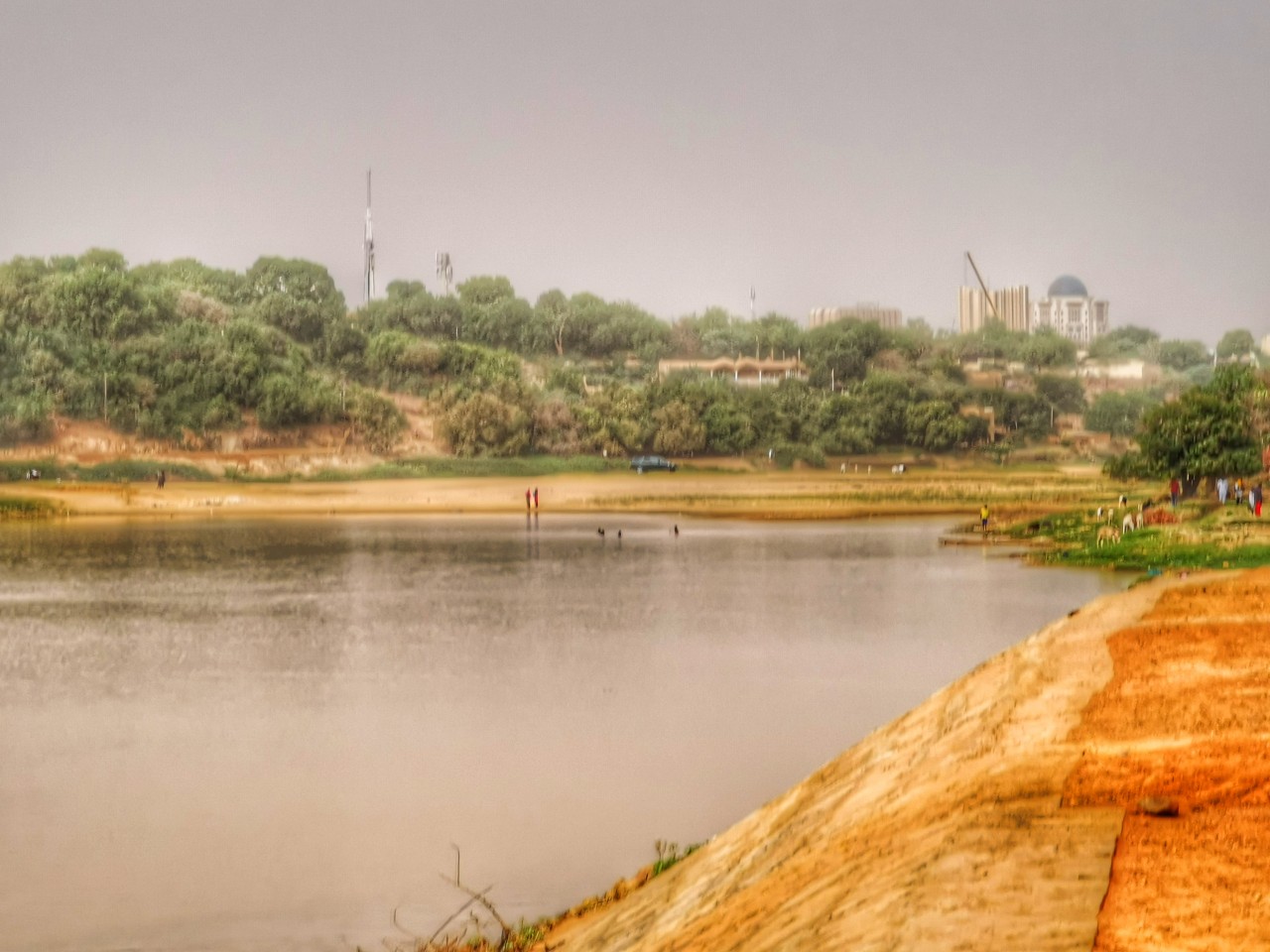 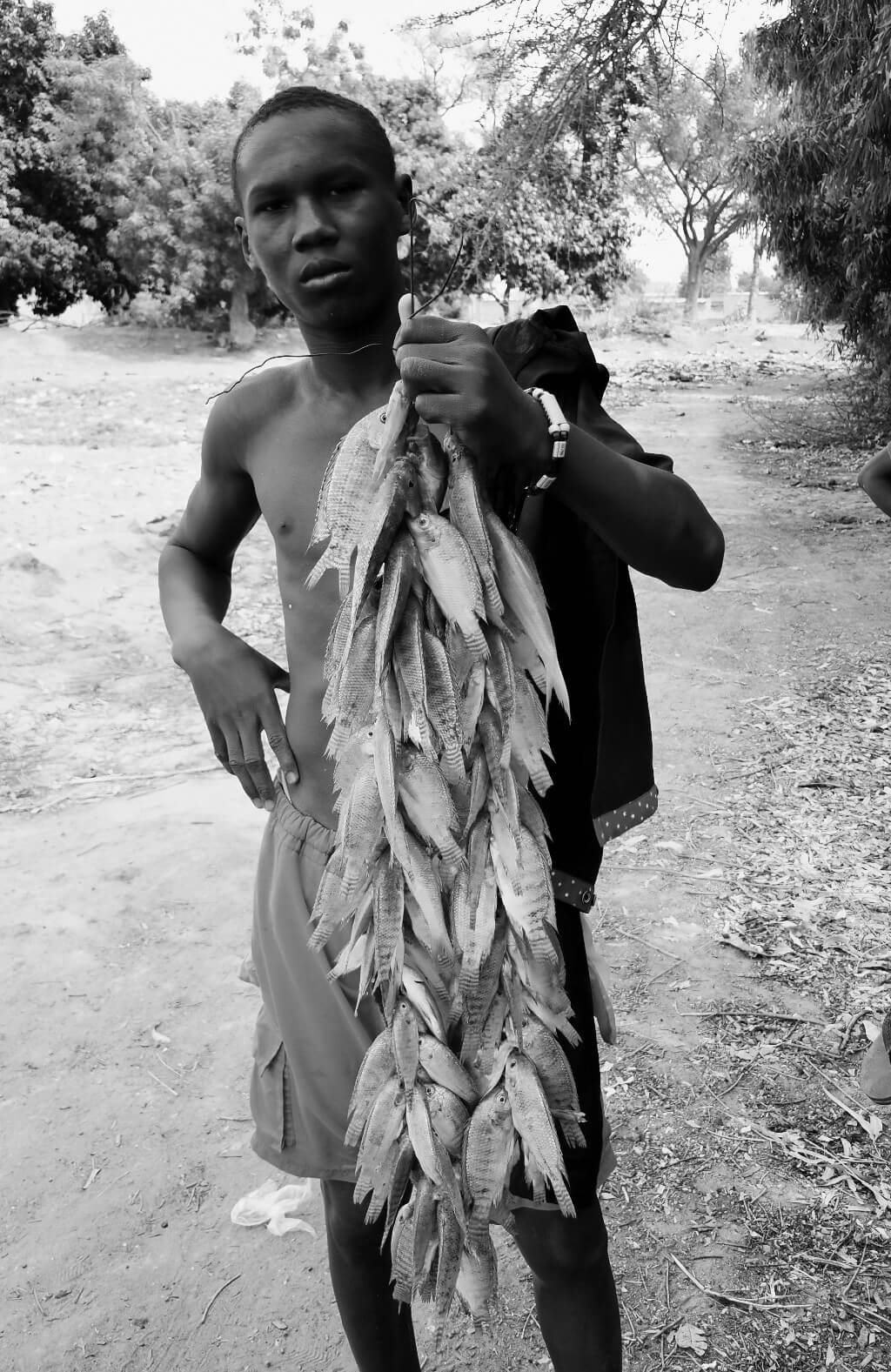 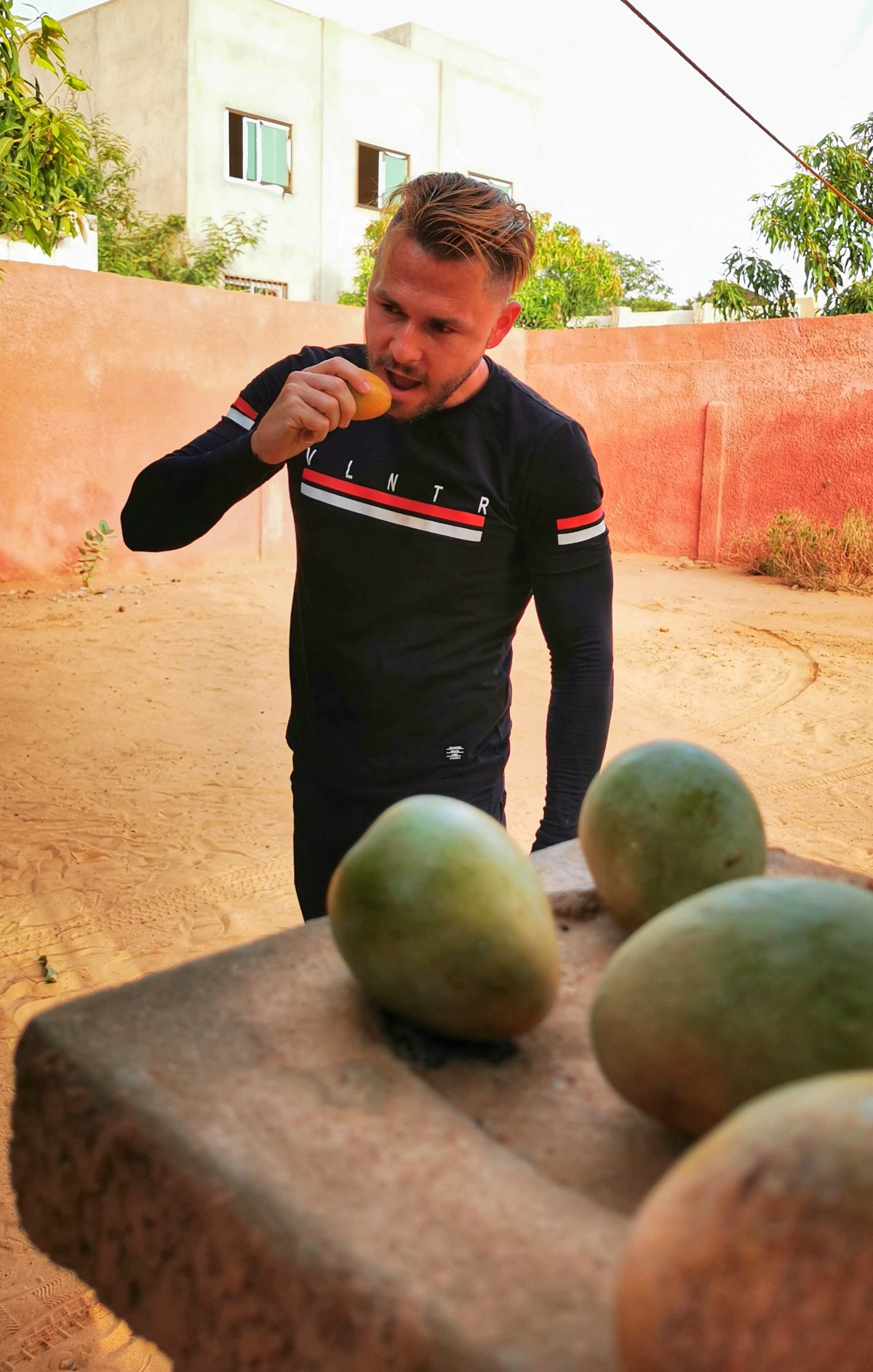 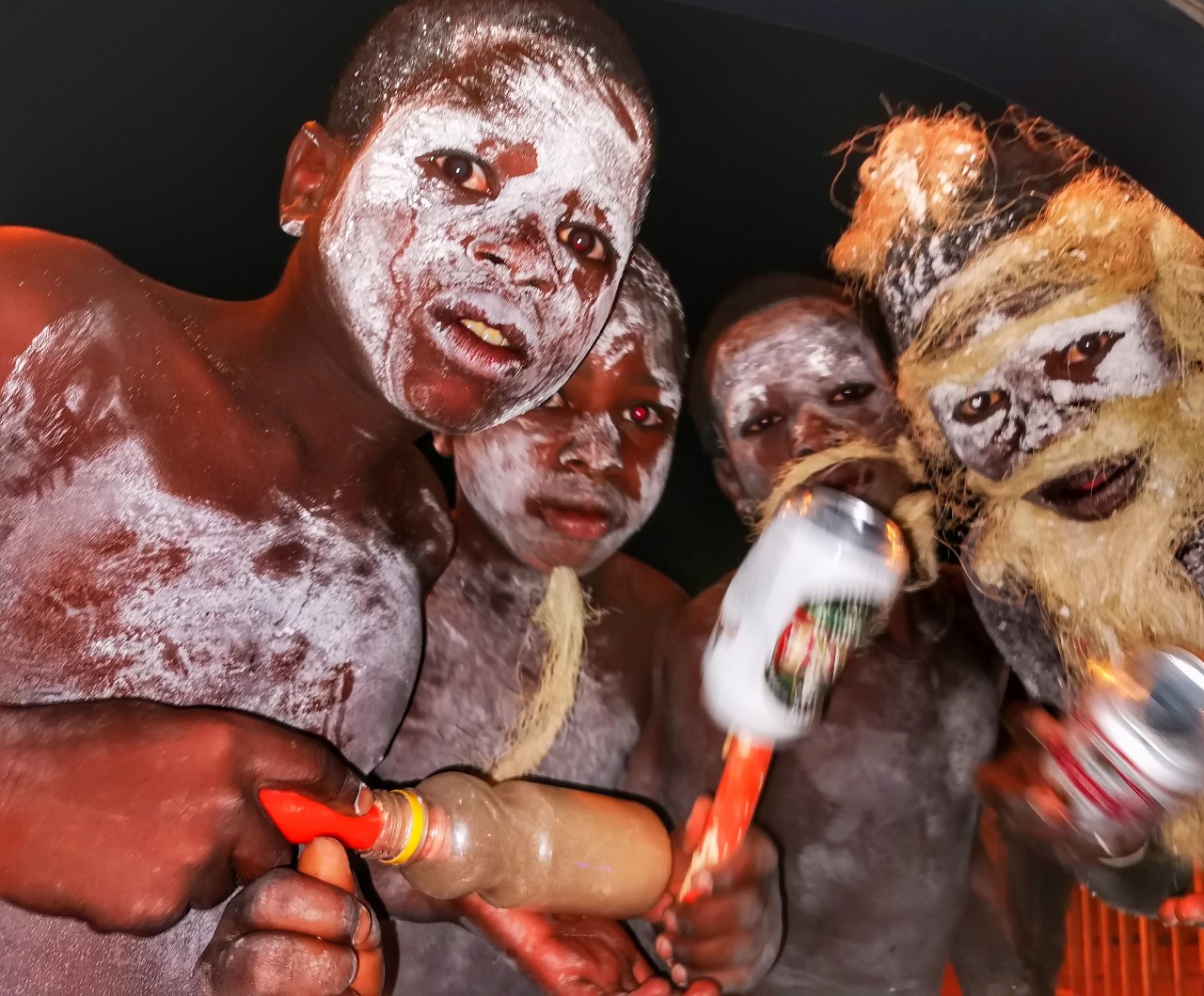 Kids hunting for Candy and donations during Ramadan 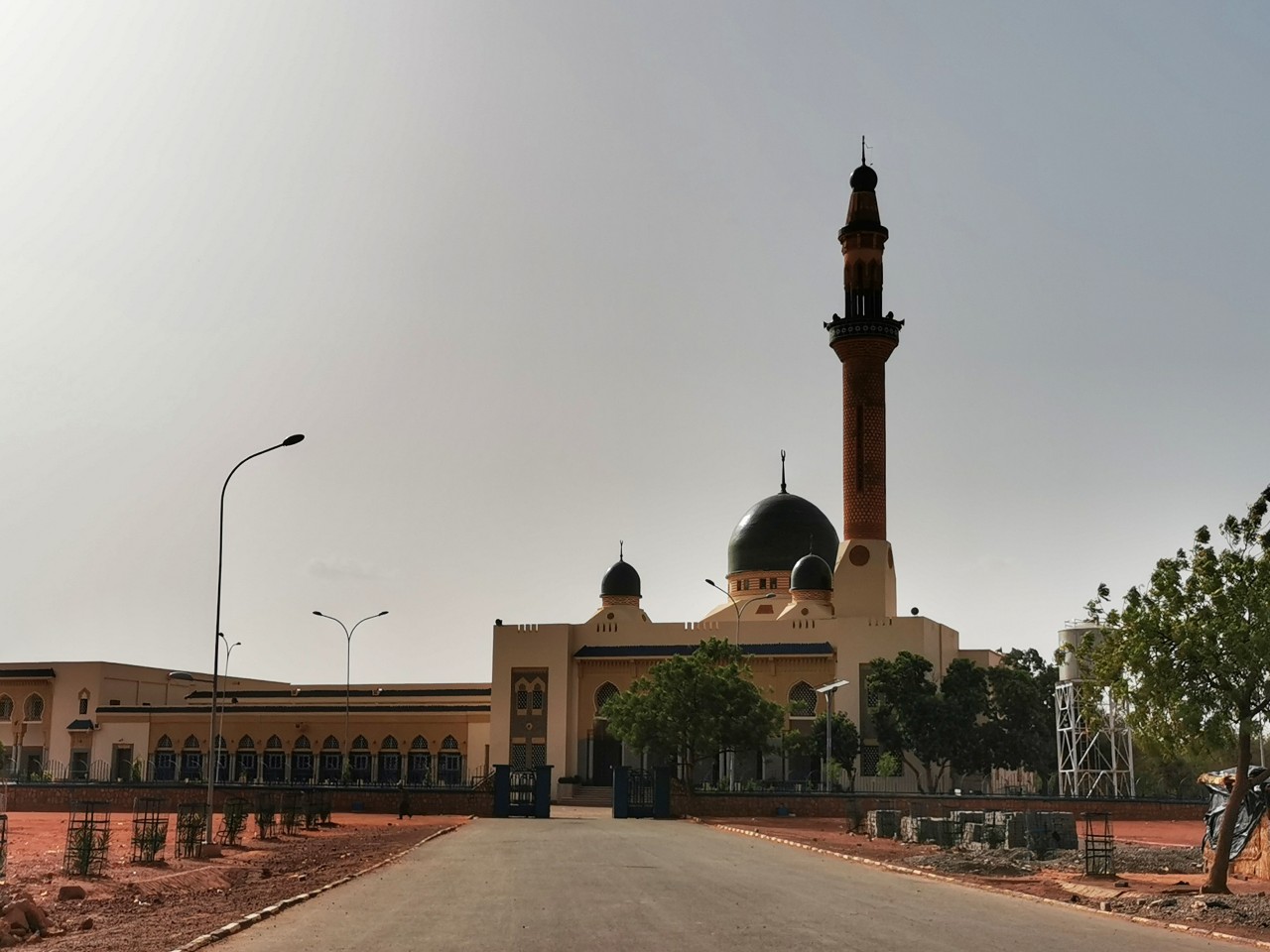 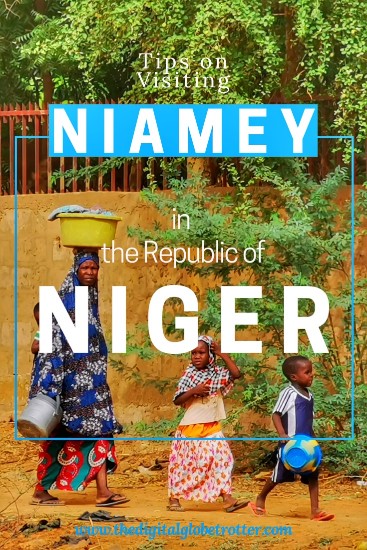